Capturing Institutional Change: Bringing Back Ideas and the State 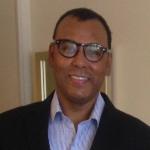 Until recently, governance processes in India were shrouded in secrecy. A throwback to colonial times, the legal regime was governed by laws such as the Official Secrets Act 1923 (OSA), the Civil Services Conduct Rules (1964), and Sections 1, 2, and 3 of the Indian Evidence Act (1872) and the manual and office procedures of the Government of India. This changed in 2005 with the promulgation of the Right to Information Act (RTIA), which provides Indian citizens a legal right to access government information, a shift from the norm of secrecy to a substantial legal commitment toward openness. What explains this institutional change?

In my book, Capturing Institutional Change: The Case of the Right to Information Act 2005, I use a historical institutional lens to explain the why and how of this institutional change. Moving beyond the dominant narratives that stress the consequential role of the people’s movement, political opportunities created by favorable political regimes, or a dense interpersonal elite network, I argue that the RTIA was a result of an incremental, slow-moving process of “ideas” emerging endogenously from within the state since India’s independence in 1947. I acknowledge the role of the social network (consisting of a mix of social activists, journalists, legalists, academics, serving and former bureaucrats, and politicians). However, I bring the state and the ideas back in as significant explanatory links in the causal chain; important links that are conspicuous by their absence in the mainstream narrative.  This process is explained through a “layered tipping point” model. The tipping point is the culmination of a slow-moving process driven substantially, and endogenously, through the increasing political power of ideas. In layering, a new norm emerges on the edges of the existing institutional structure and gains enough critical mass to eventually wear it out. In this case, the layering occurred in two phases.

Phase 1: 1947-1989
In the first layer, the ideas of openness sprouted on the fringes of the nested secrecy regime manifesting in the reports of the government committees, the judiciary, and the demand for greater openness from the opposition parties.

For example, the reports of various government committees constituted since independence until the early 70s (such as the reports of Appleby Committee 1953, Press Law enquiry committee 1948, Santhanam Committee 1964, Deshmukh study team 1968, and the 43rd report of the Law Commission 1971) questioned the prevailing secrecy, supported transparency, and recommended that as much as possible, government business should be open.

Notably, in 1965, a demand from the opposition triggered an important ruling by the speaker of the lower house (Hukum Singh). It stipulated that the members, irrespective of their party affiliation, had the parliamentary privilege to quote freely from the confidential documents. This policy move was symptomatic of emerging “ideas” around openness pushed by opposition members in parliament.

The judiciary also expressed rudimentary ideas on openness while dealing with Article 19 1 (a) of the Indian Constitution that grants citizens the fundamental right to freedom of expression and speech. In these significant cases, the judiciary established a clear linkage between the need for information dissemination in a democracy and the fundamental right to expression and speech.

While nascent ideas on openness emerged on the policy periphery from within the state, the nested norm of secrecy was further intensified. A few months after this ruling, a note was circulated to all central ministries to protect official secrets from leaking out. Subsequently, in 1967, the OSA was amended to an even stronger version.

When the opposition assumed power in 1977 with the Janata party (a coalition of opposition parties), concrete policy steps were initiated to ensure greater openness in the affairs of the state. In 1977, Home Minister Charan Singh constituted a working committee to determine whether the OSA could be amended and official information made public—the first time that the ruling party took a policy initiative on the issue. However, the committee, primarily comprised of the bureaucrats, concluded that the OSA should be retained without any amendment. So entrenched was the norm of secrecy that even when the opposition came to power, it could not change the system.

In the post-Janata party phase, nascent ideas on openness gradually started moving from the periphery to the policy center stage. This was reflected in the tone and content of reports from the state institutions. For example, during 1980-82 reports from the Indian Institute of Public Administration, Indian Law Institute and the Press Commission recommended that Section 5 of the OSA be repealed and replaced with provisions that would facilitate citizens’ access to information on state affairs. The impact of Janata Party manifested in concrete policy moves in the Parliament as well. G. C. Bhattacharya, an MP in the Upper House from the Lok Dal Party, part of the ruling Janata Party coalition in 1977, introduced the first Bill on the freedom of information in the parliament. In 1984, Subramaniam Swamy of the Janata Party introduced the same Bill in the Lower House. Strikingly, at a rudimentary level, this bill had an uncanny resemblance to the present RTIA. Simultaneously, the judiciary sharpened its stance by interpreting Article 19 (1) (a) of the Constitution as inherently containing the “right to know,” manifesting in judicial verdicts such as the Raj Narain case in 1975 and S. P. Gupta case in 1982.

Although various quarters from within the state have questioned and even challenged the norm of secrecy right since independence, it persisted. One such move was the 1986 amendment to the Commission of Enquiry Act, 1952, which sought to empower any commission to withhold information from the parliament.

Phase II: 1989-2005
In the second layer, earlier nascent ideas on openness gained enough weight and momentum within state thinking and transitioned from the realm of “opposition politics” to “mainstream politics.” This manifested in the political and policy commitment expressed in election manifestos from 1989 onwards, workshops and conferences to build an internal epistemic consensus, sub-national initiatives, and the judiciary interpreting “Citizens Right to Information” as a fundamental right inherent in the Constitution. Oddly, between 1991-96 one finds a hiatus of such activities during Congress government’s tenure. In fact, in 1994, Congress party strengthened and sustained the norm of secrecy by amending the Manual of Department Security Instructions issued in 1966 to instruct government departments to classify or declassify documents (from “top secret” to “confidential”). One would have expected a more liberal stance on the access to information by the ruling party in the post-liberalization phase.

By 1998, the weight of earlier ideas reached a critical mass. Policy processes previously set in motion continued with greater intensity and purpose. Frenetic policy processes such as the formation of government committees, inter-ministerial task forces, and the constitution of Groups of Ministers to explore the possibility of legislation on access to information are symptomatic of ideas reaching a tipping point culminating first in the enactment of the Freedom of Information Act, 2003 and finally in the promulgation of RTIA in 2005. As the ideas within the state deepened, the judiciary calibrated its stance as well, directly interpreting Article 19 1 (a) of the Indian Constitution in concrete terms as inherently containing “Citizens Right to know.”

In addition, the role of global norms needs to be considered. The global norms coincided with the domestic process and had both demonstrative and operative influence on the ongoing domestic discourse. They remain on the periphery as the nascent ideas on openness emerge on the edges. However, by 1989, as these ideas had become part of the mainstream, the global norms found traction in internal policy processes.

This research shows the incremental causality of ideas within the state as a long drawn, multi-layered process that provided an ideational base for institutional change from the norm of secrecy to openness. This view problematizes the interest-based arguments that give primacy to the role of social pressures from below or to an elite agency. Instead, the book suggests an ideational turn. It argues that the protracted cumulative push of emerging ideas since India’s independence played a consequential role in shaping concrete norms and policies, eventually having a deep impact on state thinking. The incremental weight and political power of ideas reached critical mass in 2005, resulting in the promulgation of the Right to Information Act. The power of ideas was such that the longest ruling Congress party, which had resisted the idea of openness since independence, embraced the inevitability of providing access to information in 2005. Based on the internal government papers, archival materials, and interviews, this book persuades us to take ideas, state, history, and endogenous processes seriously to explain institutional change.

Himanshu Jha is a Lecturer and Research Fellow in the Department of Political Science, South Asia Institute at Heidelberg University. He is the author of Capturing Institutional Change: The Case of the Right to Information Act 2005 (Oxford University Press, 2020).