Strangers in the Mist: Tales of War and Peace from India's Northeast by Sanjoy Hazarika. Published by Penguin Books Australia. April 15, 2003

Writing on the Wall: Reflections on the North-east by Sanjoy Hazarika. Published by Penguin Books India (viking). November 1, 2008

The State Strikes Back: India and the Naga Insurgency by Charles Chasie and Sanjoy Hazarika. Published by the East-West Center. January 27, 2009

"Facilitating Dialogue in a Naga Conflict Zone," The Times of India. March 8, 2007

Challenging the Idea of India: Accommodating the Nagas 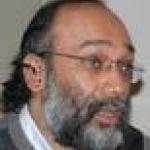 For over sixty years, in few areas, has the idea of India been more strongly challenged as in the tiny state of Nagaland, located well east of Kolkata (Calcutta). It was here that the first shots for an independent breakaway nation were fired within a decade of India securing independence from Britain in 1947.

The Nagas, who number about 1.5 million in the state, live in north-eastern India, which is hemmed in from all sides from neighbors such as Tibet (China) and Bhutan to the north, Burma (Myanmar) in the east, and Bangladesh to the south; it is a landlocked region with barely 4 percent of its borders with India. It is also an enormously varied area with over 160 tribes and at least 220 smaller ethnic groups, each with a language of their own and a growing determination to secure a place for them in the larger India. No less than five major insurgencies against India and smaller revolts have characterized the uneasy relationship between the center and its periphery. In addition, there are other sensitive issues such as illegal migration from Bangladesh which, some say, is changing the demographic profile of the north-east.

The sense of social and political isolation is extensive, while mistrust of distant Delhi runs deep. While little is written or reported about the Naga struggle for independence these days, it remains one of the longest running struggles for secession anywhere in Asia. This has run the course of popular support with a “peoples’ mandate,” diminished by internecine conflict and several ceasefires, including one that has been ongoing since 1996.

The complexity of the Naga situation – sixteen tribes in the state of Nagaland alone and another dozen or more in the neighboring state of Manipur – has meant that despite two decades of negotiations between teams from the Indian government and the principal Naga organization, the National Socialist Council of Nagalim (NSCN), the two sides remain locked in discussions, which are signals both of hope and despair.

However, there is hope, since both sides have abjured a military solution and called for a political dialogue relating to a resolution of issues; a wise decision that finally dawned on both sides after forty years of fighting. Most of the armed fighters from two factions of the NSCN, which is fighting for separation, are located in designated camps; officially they are not supposed to move about freely with weapons or extort from civilians. These are touchy issues whose observance is also in the breach. But the fact is that despite confrontations between the two principal armed factions, a generation of Nagas has grown up knowing something of a fragile peace that had eluded earlier generations.

Civil society is asserting the need for greater accountability by both sides. There have been sustained agitations, here and elsewhere in the north-east, against the continuance of the hated Armed Forces Special Powers Act (AFSPA) which is anathema to most people in the region, and under which a soldier can shoot and kill without being questioned or appearing before a civil court of law.

The drawback lies in the constant violence that the factions hurl at each other, the continuance of sweeping anti-people legislation such as AFSPA – which continues despite the recommendation of three government-organized committees to scrap it – and the reality that the issue, from being a bilateral problem between the 1950s to the 1970s, is today an internal problem of India, no matter how strenuously the Nagas may deny it.

Since 1996, Indian negotiators representing the Prime Minister have held over sixty rounds of talks with the principal Naga leaders in an exotic range of venues including New Delhi, Kuala Lumpur in Malaysia, Chiang Mai in Thailand, Amsterdam, and Paris. Although the differences have been narrowed down, several sticking points await resolution; the discussions have already taken thirteen years!

This length of time has led people on both sides to remark that neither set of negotiators appears determined enough to settle the issue or that the status quo – with peace and a lack of confrontation – was preferred.

The question still remains: how can the demands and concerns of small nationalities such as the Nagas, Assamese, Mizos, Manipuris, and other groups, be met in India’s democratic framework with its huge flaws, particularly the failure in delivery of basic services?The answer may not lie in just the giving of a few more sops or resuming military operations, but in what Burma (Myanmar) tried to develop over forty-five years ago, which an army coup destroyed.

In 1962, U Nu, then Burma’s prime minister, convened a National Convention which was attended by several political parties, ethnic leaders, and government representatives, especially from the powerful ethnic nationalities. He submitted a plan to develop a constitutional way forward – which could hold lessons for India’s north-east and especially for Nagaland – to assure equal power to two houses of Parliament; to send equal numbers of representatives to a “house of nationalities” and to give limited power to the central government, whereas residual power remained in the states.

There are clearly opportunities here that can be explored. The Naga negotiations drag on interminably without much progress on either side. Sovereignty is out of the question. What is required is the consideration of an innovative approach which could build on the existing social capital of the Nagas, with governance models that have won regional and international appreciation. These have included the Village Development Boards of the 1970s, where funds went directly to village authorities who decided their own priorities instead of being ordered about by state politicians, as well as the more recent Commutisation Program, where education – including running and expansion of schools, as well as energy in rural areas – was handed over to local authorities. This was a contrast to the centralized functioning of other state governments.

Looking forward, a new “House of Nationalities” drawn from ethnic groups could be created in the National Parliament, going beyond the current policy of reservation of seats for backward caste and tribe groups. This could start with an experiment at the regional level through the existing regional planning board known as the North Eastern Council.Thus, on the one hand, India’s borders would remain intact and sovereign, and Delhi’s security anxieties would be addressed. On the other hand, a long quest for justice and dignity by the Nagas and other significant ethnic groups could also be met, if not fully, then at least substantially.