"V-P Pushes for MPs' Oversight of Intelligence Agencies," The Times of India. January 20, 2010 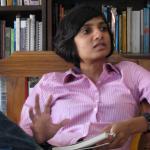 In light of India’s 64th Independence Day, I am compelled to think about the idea of the country to which I am committed: a sovereign, secular, democratic republic, where what would separate independent India from the colonized nation would be the ethos of democratic constitutionalism; governance that would be according to procedure established by law, overseen by the people’s representatives in Parliament, adjudicated by an independent judiciary, and implemented by an accountable Executive.

A few months ago, as part of a panel that was discussing the need for regulating our intelligence agencies, I listened as a former head of the Intelligence Bureau (IB) looked at us civilians and explained patiently that intelligence was a “gentleman’s profession” operating in a very “tough neighborhood.” His neighbor, a former head of the Research and Analysis Wing (RAW), nodded in agreement, and concluded that only when these “honorable gentlemen” were ready, should regulation be contemplated.

The strands of the security net of independent India are its armed forces, para-military, police, independent courts, and its many intelligence agencies. Amongst those many agencies, are the court favorite Central Bureau of Investigation (CBI) and the aforementioned external intelligence agency, RAW and internal security organization, IB. There are about fifteen such agencies including the three military branches, which have their own intelligence services.

Armed forces, like the Border Security Force, the Army, the Central Reserve Police Force or even the new National Investigation Agency are established and regulated by statutes. Indian intelligence agencies are not established, funded (or audited rigorously), or regulated by law. The exception to this norm is the CBI, which is perplexingly established by the Delhi Special Police Act, 1946. The Special Police Establishment was set up in 1941 by the colonial Government of India to investigate cases of bribery and corruption in transactions with the War and Supply Department of India during World War II.

The call for the regulation of our agencies includes demands for oversight, accountability, efficiency, and protection for officers from within the agencies (i.e. whistleblowers). It includes an accessible and transparent recruitment and appointment process, consistent training while in service, and hiring of those with special language and analysis skills. All these processes are lacking at the moment, as reflected in both a lack of operational and infiltration capabilities as well as in a fall in the number of suitable recruits.

This past January, Vice President Hamid Ansari delivered the fourth R.N Kao memorial lecture organized by the RAW, in remembrance of their founder. The Vice President argued that the present system of oversight of security and intelligence being limited to that by the Executive did not meet the requirements of good governance in an open society. He further declared that that there was no reason why a democratic society like India should not have a Parliamentary Standing Committee akin to other democracies, to ensure financial and performance accountability of the services.

The content of democratic accountability of intelligence services has manifested itself in different forms. Hans Born and Ian Leigh state in their book titled Making Intelligence Accountable that democratic accountability is comprised of executive control and parliamentary oversight, as well as inputs by civil society. The authors distil a consensus among the Organisation for Economic Co-operation and Development (OECD), the UN, and other international entities to explain that the objective is that security and intelligence agencies should be insulated from political abuse without being isolated from executive governance.

In the last twenty years, litigation at the European Court of Human Rights on issues of privacy and domestic cases against illegal wire-taps have resulted in the extensive regulation of intelligence services. For instance, in the case of Harman and Hewitt v U.K., decided by the European Court of Human Rights in 1986, the lack of a statutory basis for the U.K. Security Service (MI5) was held to be fatal to the claim that its actions were in “accordance with the law” for the purpose of surveillance and file-keeping, and thus, contrary to the right of privacy guaranteed by the European Convention on Human Rights (ECHR). As a consequence of the ruling, the U.K. passed the statutory charter for MI5 (the Security Service Act, 1989) and soon after, passed the Intelligence Services Act 1994 (for MI6 and the Government Communications Headquarters).

Similarly, to ensure compliance with Article 21 of the Constitution of India, that provides that “no person can be deprived of life or personal liberty except according to procedure established by law,” legislation is warranted, otherwise, such deprivation is patently unconstitutional and illegitimate. The right to life jurisprudence has carved out a right to privacy in India. This right was implicated by recent reports highlighting large-scale and seemingly unwarranted surveillance of phone conversations by the agencies. The lack of any legal process by which intrusive activities need to be justified has also opened up the agencies to well-founded allegations of being used by governments against their political opponents.

Countries with comparable democratic structures like Australia and the United Kingdom have oversight mechanisms. Via the Intelligence Services Act, 1994, Parliament’s Intelligence and Security Committee (ISC) reviews the expenditure, administration, and policies of intelligence agencies in the UK. The Australian Security Intelligence Organization works closely with the Australian Protective Service, with both agencies falling under the Attorney General. A Parliamentary Oversight Committee, in addition to a separate intelligence officer in the Prime Minister’s office, can initiate investigation of the agencies.

There are various oversight mechanisms used by other democracies as well. For instance, statutory bodies are comprised of independent experts appointed by the Executive (Canada), to more familiar parliamentary committees with finance, administrative, and policy oversight functions (U.K. and Norway), to all powerful congressional oversight mechanisms that include review of appointment processes (U.S.). Even countries that are relatively young in terms of their life spans as democracies, such as Argentina, Poland, and South Africa all have Parliamentary Oversight Committees.

In India, there is an absence of an established process of appointment for both potential officers and the head of the agency. It is imperative that legislation must establish the process of appointment, including minimum qualifications. Such processes must be subject to scrutiny by Parliament or at least the leader of the opposition. Further, like other positions of authority and responsibility-tenure and criterion for removal must be clearly specified by law. This not only assures quality of candidates, but also acts as insulation from pressure by the government, and places a premium on merit rather than connections and pliability.

At the present time, there is virtually no remedy in place for both citizens affected by actions of intelligence entities and for employees within the agencies, including whistleblower protection mechanisms. There are different approaches that have been adopted by various countries, including an independent ombudsman in New Zealand who has the power to address complaints against the agency, specialist tribunals in the United Kingdom, and parliamentary oversights committees that deal with complaints against the agency in countries like Germany and Norway.

Independent India, its Constitution and its people, warrant an accountable, efficient and well-trained intelligence community. Anything less impacts the rule of law and legitimizes zones of unaccountability, which further fuels a culture of impunity and unconstitutionality.

Menaka Guruswamy practices law at the Supreme Court of India.He can be reached at menaka@post.harvard.edu