Preparing for India’s Third Wave: Lessons Learned from the Past and Steps for the Future 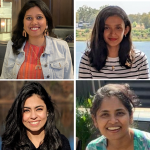 In the early Spring of 2021, as many nations in the global north were recovering from COVID-19, India witnessed the deadliest surge yet, resulting in over 20 million new cases and more than 250,000 deaths. For many Indians, the ferocity of this wave was unexpected. Despite experts’ concerns about a highly transmissible variant—B.1.617.2 or Delta—in December 2020, citizens, government officials, and political leaders across India remained complacent and flouted public health measures. Come May 2021, the country found itself recording up to 400,000 cases a day, adding over half of the daily cases to the global tally within six days. What followed in the second case surge haunts most Indians.

The near-collapse of the health care system led to an acute shortage of medical personnel, hospital beds, and equipment. Black marketing of medications with no proven benefits and the emergence of the mucormycosis epidemic was rampant. Currently, India’s official death tally stands at just over 441,000, which is considered to be a gross under-estimation by almost ten times. This dramatic underreporting of cases, particularly from the rural hinterland, masks the true magnitude of India’s COVID-19 crisis. While the government has since made efforts to strengthen vaccination and the health care system, the response to the pandemic needs a thorough evaluation to prepare for future waves.

Ongoing Disparities in Testing and Tracing
As the country steadily emerges from the second wave, experts remain anxious, continually looking for signs of the next wave. A recent serosurvey revealed over 62 percent of unvaccinated individuals have antibodies against SARS-CoV-2. Scientists have since cautioned the government on prematurely concluding that the danger has passed, nearing the country to “herd-immunity.” An assumption of sorts could have cataclysmic consequences as it’s still unclear how long the immunity from infection lasts. The spread of the virus has primarily remained uneven. It is fair to believe the epicenter for the next wave could be the parts of the country where vaccination, testing, and surveillance efforts remain low.

India’s testing rate has more than doubled since the second wave, with the country now testing up to 1.4 tests per thousand per day. However, the commercial reverse transcription polymerase chain reaction (RT-PCR) tests are available only in select laboratories and remain inaccessible to 60 percent of the population in rural parts of the country. The current uptick in testing is mainly due to rapid-antigen tests (RATs) directed in rural areas and pooled testing for monitoring migration. Emphasis on establishing mobile labs and enabling local sample collection centers for RT-PCR and RATs, with widespread cheaper pooled testing and exploring saliva or gargled specimen testing options, could supplement the ongoing efforts in resource-strapped regions. At the present time, Kerala accounts for more than half of the country’s new infections. A gradual increase in the state’s test positivity rate is unsettling, yet the state has benefited from targeted testing and policies focused on multi-layered health care systems with an emphasis on preventive and curative services. It can currently capture one out of every two infections in contrast to one in thirty for the rest of the country, serving as a model for the remaining states. However, Kerala’s consistently high test positivity rate also highlights a distinct possibility of new variants emerging with time.

An effective measure to monitor the emergence of new, more transmissible, or immune-evasive variants is to perform routine genomic surveillance. India has analyzed less than 1 percent of positive samples since December against the minimum recommended threshold of 5 percent. Limited genomic surveillance could potentially result in a risk of missing divergent strains. These metrics are critical in determining vaccine deployment and development, understanding viral pathogenesis, and evolution. INSACOG, the central body handling these efforts, has emphasized basics like the appropriate sorting of samples in government labs, improving regional laboratory sequencing capacity, and shipping methods to perform this task.

Vaccinations Surge, But Supply Snags and Hesitancy Issues Continue to Put India at Risk
India rightly focused on accelerating vaccination efforts since the start of the second wave. The seven-day rolling vaccination average, as of August 28, has steadily increased to about 7 million doses per day from 2 million from May 1, when all adults above 18 were made eligible for vaccination. 600 million individuals have received at least one dose of the COVID-19 vaccine. A boost in domestic manufacturing and centralization of vaccine allocation and logistics, as directed by the apex court, has solved some supply chain and distribution issues.

Recently, India expanded on its arsenal of vaccines by authorizing the world’s first DNA vaccine for adolescents. A total of six different vaccines are now approved to be administered in the country. The eligibility criteria now allow for pregnant women to be vaccinated. While all these steps are a welcome change, the pace of vaccinations still lags to cover its vast population. According to experts, to avoid another disastrous wave, the country needs to expedite its rollout to cover at least 10 million individuals per day as done on Friday, August 27, 2021 to achieve the suggested threshold for herd immunity. India’s successful vaccination program also has spillover effects in other low-and-middle-income countries. As a hub for global vaccine manufacturing and a key supplier of WHO’s COVAX program, greater vaccination coverage in India would ease the global supply of vaccines.

Apart from supply snags, vaccine hesitancy continues to pose a major threat to the COVID-19 immunization campaign in certain pockets of the country. While there is no official data on vaccine hesitancy, a recent study among medical providers highlighted as primary factors a lack of trust in safety and efficacy, rapid turnaround for the testing of vaccines before launch, and mistrust in government agencies. Myths about vaccination linked to infertility, death, and the fear of potential side-effects persist particularly in rural areas. India would do well to rely on its extensive network of frontline health workers, existing expertise with other mass vaccination programs, and several grassroots organizations to increase vaccine confidence, especially among the most vulnerable populations.

A Growing Hunger Crisis Fueled by Economic Devastation
The exorbitant medical expenditure and repeated lockdowns have burdened the households battling increased unemployment, depletion of savings, and rising food insecurity, deepening the existing socio-economic divide. The COVID-19-induced recession in 2020 pushed an additional 75 million people into poverty in India, accounting for a nearly 60 percent increase in global poverty. The second wave deepened this distress by triggering yet another unemployment surge that resulted in the loss of over 7 million jobs. The economic impact of the pandemic is salient in the rural population, particularly among women, who tend to be employed in the informal and agricultural sectors. While national gender-disaggregated data is unavailable, as per the UN Women’s report, more women than men will be pushed into poverty due to the pandemic and are less likely to regain employment, highlighting a need for gender-sensitive approaches and solutions.

India’s extended and unplanned lockdown induced labor challenges and disrupted supply chains within the agriculture sector, leading to a widespread loss of jobs and income that aggravated the existing nutrition crisis. Before the pandemic, as many as 16 states witnessed an increase in underweight and severely wasted children under five years of age. Lockdowns associated with COVID-19 exacerbated household food insecurity for adults. The abrupt shutdown of the government schools and Anganwadi centers impacted mid-day meals and nutritional support that served as a lifeline for millions across the country.

The central government attempted to relieve some of the economic and food distress by providing employment opportunities under the Mahatma Gandhi National Rural Employment Guarantee Scheme (MGNREGS), bank transfers, and an increased quantity of free foodgrains. However, lack of employment opportunities, labor saturation, and bureaucratic hurdles associated with the digitization of the Public Distribution System (PDS), such as the requirement of Aadhaar cards, have limited access to the schemes, disproportionately impacting the most marginalized. These vulnerable groups would greatly benefit from programs that efficiently make use of surplus food stock, guaranteeing their food security. The government can prioritize livelihood recovery by strengthening MGNREGS, launching the national urban employment programs, and implementing flexible social safety nets not heavily reliant on documents and digital platforms.

Threats Beyond COVID-19
While we cannot predict the possibility or severity of another COVID-19 wave, we must be wary of other endemic illnesses that have predictably claimed lives, especially among the underserved. The pandemic-management protocols did not account for other infections with similar symptoms to COVID-19. Several states such as Bihar and Uttar Pradesh have started witnessing a surge in Dengue, Malaria, Chikungunya, and Influenza cases. Floods during the monsoon increase vulnerability to mosquito-borne and diarrheal illnesses. Symptoms like fever, body ache, headache, diarrhea, and cough can be present in nearly all these illnesses. As these illnesses also have unique treatment modalities, the country should adopt an integrative approach to diagnosing acute febrile diseases.

Features of pulmonary or abdominal Tuberculosis (TB) in new patients can easily be confused with COVID-19. Additionally, lockdowns, supply chain issues, and shifting of personnel and diagnostic resources during the pandemic have negatively impacted TB diagnosis. Consequently, India, one of the highest TB-burden countries, is unlikely to meet its goal of controlling TB by 2025.

Lastly, the myth that non-communicable diseases like cardiovascular diseases and diabetes—known to cause severe COVID-19 outcomes—are illnesses of urban dwellers and the obese must be busted. The high prevalence of cardiovascular diseases and diabetes in lean individuals is undermined in rural areas. The government should ramp up efforts to monitor and control risk factors for severe COVID-19 such as sickle cell anemia and chronic kidney disease. Continued emphasis on masking, handwashing, ventilation, contextual and demographically sensitive communication, targeted and relevant testing, and vaccinations will be critical to avoid serial catastrophic episodes.

Lakshmi Gopalakrishnan is an MPH-Ph.D. Candidate at the University of California, Berkeley.

Anuja Jani is an MPH Candidate at the University of Western Ontario, London, Ontario.

The authors are part of the rural response team at INDIA COVID SOS, an international non-profit volunteer group of scientists, clinicians, policy-makers, community organizers. The team has also put together an infographic to address homecare for mild COVID-19 patients in low-resource settings that is currently available in more than ten languages.