Nuclear India: The Slip Between the Cup of Strategy and the Lip of Operability 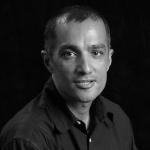 Three months ago, India’s former foreign secretary and current coordinator of the National Security Council Advisory Board, Shyam Saran took the unusual step of publicly taking on critics of India’s operational nuclear capabilities. These critics have long cited the inability of successive governments to address the many technical and organizational lacunae in India’s operational capabilities as a reason why they believe that India’s nuclear foray is a prestige-driven enterprise. Contra such claims, Saran maintained that Delhi’s operational nuclear capabilities are robust. Echoing the claims of two National Security Advisors (NSA), one former and another current, Saran also dismissed the prestige argument by asserting that India’s nuclear quest is rooted firmly in the Realist national security canon.

Both Saran and the critics are correct, but only partially. The critics have rightly drawn attention to glaring deficiencies in India’s operational capacities. Their insistence, however, that such deficiencies flow from India’s obsession with the symbolic aspects of nuclear weaponry ignores a decade of developments in India’s technical and organizational capacities. Similarly, Saran’s overly positive appraisal of India’s nuclear muscle glosses over many operational concerns of the Indian military. These concerns span technical reliability, institutional coordination between civilian and military authorities and intra-military organizational cooperation. Together, they constitute the Achilles heel of India’s nuclear force.

Technical Reliability
Analysts generally assign the Indian arsenal a low reliability score. Reliability simply means the statistical probability with which a weapon will perform according to its designed specifications. In the case of nuclear warheads, this means the certainty with which they will produce a desired yield and in the case of delivery systems (aircraft and missiles), the probability with which they will deliver warheads to designated targets. Finally, reliability of weapons forms the basis of force lethality. It is a key variable that planners use for determining force size.

There is credible evidence to suggest that India’s thermonuclear weapon design underperformed in 1998. The evidence also shows that the boosted fission trigger for the thermonuclear device performed below par. The only weapon that performed “like a song” was a simple Hiroshima-type weapon. Nonetheless, India’s nuclear establishment insists that everything is well with India’s nuclear arsenal; that the arsenal consists of fission warheads along with their more lethal thermonuclear and boosted fission cousins. Indian scientists may well be bragging, bluffing, or simply mistaken. But if they are not, then Indian force planning rests on shaky foundations.

Alongside warhead reliability problems, the launch failure rate of ballistic missiles in India’s Agni series is 20-40 percent, a rough calculation based solely on test-launch data. Flight tests involve many things such as boost-phase spin, stage separation, re-entry, warhead performance, and accuracy. Data for each of these categories is unavailable in the public domain. Yet, all things considered, we should reasonably expect that sub-systems must suffer failure too. Over time, repeated flight tests can resolve reliability problems. However, India’s scientific agencies insist that computer simulations and tests of components and sub-systems on the ground are a cheaper method of solving reliability problems than full-scale launches. The Indian military disagrees but is unable to force the scientific agencies to do its bidding.

Civil-Military Institutional Cooperation
Technical reliability apart, the institutional disaggregation between civilian and military agencies remains a major roadblock in the path of smooth operational employment of the nuclear force. During peacetime, two scientific agencies, the Bhabha Atomic Research Center and the Defense Research & Development Organization, individually control the non-fissile trigger assemblies and fissile cores that make up a nuclear weapon. The armed services have custody of the delivery systems. Procedures exist to fuse all these components into an integrated force during crisis alerting and wartime.

To be sure, this divided system of control is a great passive safety innovation. It prevents the unauthorized use of nuclear weapons. But what works best during peace does not work equally well during war. The famous German strategist Clausewitz once remarked that in war the simplest things are the most difficult to perform. Assembling a nuclear force under pressure is anything but simple. In India’s case, two different agencies will coordinate warhead assembly from different locations. Delivery systems will deploy from peacetime hides to launch sites simultaneously. The scientific and military teams will then rendezvous to integrate weapons with delivery systems. All this movement will occur over a distance of hundreds, if not thousands of miles. Different components of the arsenal and their associated teams will travel via rail, road, and air networks separately.

During the Kargil War and the 2001-02 military standoff with Pakistan, it took the Indian military far longer to bring the nuclear force up to operational readiness than stipulated in protocols. Today, neither the military nor the scientific agencies have the authority to coordinate action. Only the NSA in the prime minister’s office has that authority, in effect making him the institutional bottleneck for all aggregating decisions. The arsenal’s disassembled state superimposed on weakly coordinated organizational links and compartmentalized standard operating procedures therefore creates a high-risk for logistical failure.

Intra-Military Organizational Cooperation
Ironically, weak intra-military cooperation has even greater potential for tensions and gridlock. This is because the army, the air force and the navy each retain independent control over nuclear-capable missiles and aircraft with no central military authority to command them. The three military chiefs of staff sit together in the Chiefs of Staff Committee (COSC) and the senior most among them serves as the committee’s chairman by rotation. But the chairmanship comes with nominal authority. Each service chief is a co-equal on the COSC and none interferes in the affairs of another service. One proposed solution to this problem is the appointment a Chief of Defense Staff who would preside over the COSC, coordinate military planning, and command India’s nuclear forces. However, successive Indian governments have allowed this proposal to languish.

Military cooperation among the three services is the domain of the Integrated Defense Staff (IDS), which serves as the secretariat of the COSC. Within the IDS, nuclear planning and coordination is the province of the Strategic Forces Command (SFC), the organization created especially to manage nuclear forces. Although the SFC is organizationally part of the IDS, it is kept functionally insulated within it. The SFC commander reports exclusively to the rotating Chairman, COSC who neither has time to devote sufficient attention to nuclear affairs nor the power to order his fellow chiefs around. This has two negative consequences. First, there is weak coordination between the conventional and nuclear arms of the Indian military. Second, all intra-military conflicts involving nuclear matters are resolved at the level of the NSA. In effect, the NSA has become the de facto commander of India’s nuclear forces, bypassing the military’s operational chain of command.

The state of India’s operational capabilities is a case of glass-half-empty or half-full depending on the views of the observer. The critics who believe the glass is half empty have failed to acknowledge the changes in the way India manages its nuclear business. But Saran’s argument is also problematic, offering a brave front on a critical national security issue. Unless India’s national security managers acknowledge and address problems of operability in India’s arsenal candidly, a continued state of deterrence instability will obtain in Asia.

Gaurav Kampani, Ph.D., Cornell University, is a Transatlantic Postdoctoral Fellow for International Relations and Security (2013-15) at the Norwegian Institute of Defence Studies in Oslo, the Center for Security Studies in Zurich, and the RAND Corporation in Washington, D.C. He can be reached at gkampani@gmail.com