The Importance of Spontaneous Protest in India 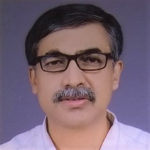 At the beginning of this year, India went into the throes of protests, with students and women at the forefront. The protests marked a new dawn of creative politics with the potential for stemming the tide of democratic decline—a moment to celebrate the vibrancy of civil society in India, unprecedented in its recent past. Unfortunately, the incipient ferment ebbed away in the face of the COVID-19 pandemic and the ensuing lockdown in March.

Nothing could be further from the truth than to dismiss these spontaneous and sporadic protests as the handiwork of opposition parties. While the immediate trigger for the protests was the Citizenship (Amendment) Act, 2019 (CAA) / National Register of Citizens (NRC) and police brutalities perpetrated against students, deeper causes lie in a total disregard shown for constitutional ideals, degeneration of values in public life, intolerance to dissent, and the increasing use of religiosity in the public sphere for electoral gains. The protests need to be understood as a fight to redeem the values enshrined in India's Constitution through an assertion of dissent to imbue society with empathy, compassion, and imagination.

Recently, a protester from Shaheen Bagh, when answering a question by a journalist, took the time to first inquire about the well-being of the PM House in the wake of a minor fire before castigating the PM for his insensitive remark that “the protesters can be identified by their clothes.” Only then did she express her concerns about the CAA before reaffirming her allegiance to and love for the land in which she was born. A Jamia Millia Islamia student, in response to a reporter’s question “What does Jamia mean to you?” said, “It has given me Tehzeeb (cultural refinement), an understanding of the Samvidhaan (Constitution) and taught me to read, write, and think. This university has made me understand my country. I will work to the end of my life to realize Gandhi’s vision. I want my secular India back.” The genuineness and sincerity of these protesters offers a stark contrast to the craftiness and crassness of statements made by political leaders elected to public office.

Four points deserve particular attention. First, the protests were meant to safeguard the idea of secularism propounded by Gandhi at a time when the CAA had launched a frontal attack on the secular nature of the Indian state. The founding fathers of India’s Constitution rejected religion as the basis for granting citizenship. The CAA, by sanctifying discrimination based on religion, subverts the idea of citizenship embodied in the Constitution. Gandhi believed that people of different faiths living in peaceful coexistence was an integral part of Indian ethos; however, in the prevailing circumstances, he called upon the state to “adopt the principle of state neutrality in our daily affairs” at the Karachi Congress Session in 1931 and looked for state support when communal politics breached peace in society. A communalized state apparatus, instead of acting with neutrality, often becomes complicit in the agenda of the ruling powers, as evidenced by police action or inaction with respect to the recent student unrest at Jamia Millia Islamia and Jawaharlal Nehru University.

Second, the protests drew their inspiration from another Gandhian morality, namely the moral obligation of citizens to peacefully resist laws that may not be socially legitimate. Gandhi’s insistence on truth as the basis of his agitations—satyagraha—drew its inspiration from Thoreau’s The Duty of Civil Disobedience: “It is not desirable to cultivate a respect for the law, so much as for the right.” Gandhi’s trial in the court of Broomfield in 1922 and Dandi March are classic examples of breaking unjust laws for the sake of higher moral principles. Gandhian ideas inspired both Martin Luther King, Jr. and Nelson Mandela in their struggles to usher in a better and more equitable society. By the same token, the youth and women of India were peacefully protesting the laws they considered discriminatory and unjust.

Third, for the first time in the history of India’s Republic, the Constitution seems to have caught the imagination of the general populace. Almost invariably, the protest sites saw collective readings of the Preamble of the Constitution, singing of the national anthem, placards with slogans that highlighted the values enshrined in the Constitution and audacious quips on divisive tactics adopted by those in power, Tricolors, and the portraits of Mahatma Gandhi and Babasaheb Ambedkar. A slogan at a protest by students in Pune read: “Modi-Shah Savdhan, Hum leke aae hai Samvidhan” (Modi-Shah beware, we have brought with us the Constitution!). All this signified engagement with the values of justice, liberty, equality, and fraternity and sent a message that tampering with the basic framework of the Constitution is unacceptable. They also denoted preference for an inclusive society, imagined during our national movement, in the collective consciousness of ordinary people and the youth of the country.

Finally, as Amit Chaudhuri aptly put it, India’s Constitution, besides being a secular document, “is a humanistic rather than a nationalistic document.” The protests endeavored to restore the humane aspect of our collective social existence. Sikh farmers visited Shaheen Bagh and camped there to prepare langar (food served from community kitchens at Sikh temples) for their protesting Muslim sisters. This gesture by the Sikh community represents a reaffirmation of faith in our composite culture and syncretic traditions. A Sikh man present at Shaheen Bagh said passionately, “We won’t let our bhaichara (fraternity) get fractured by the machinations of the rulers.”

Amidst worsening pandemic conditions and growing unemployment, the past few weeks have seen intense protests by different sections of Indian society. Two farm bills, now passed by both the houses of parliament, have triggered massive protests by farmers in Haryana and Punjab who have termed the bills “anti-farmer.” They fear the bills will promote corporate and business interests at the cost of their livelihood. September 17th, the 70th birthday of PM Modi, was observed as Rashtriya Berojgar Divas (National Unemployment Day) by unemployed youth throughout different parts of the country; on September 9th, at 9:09 pm, they registered their protest against rising unemployment by flashing mobile-lights, torch-lights, and banging utensils. All India Railwaymen’s Federation (AIRF) and National Railway Mazdoor Union (NRMU) observed a week-long protest from September 14th to September 19th against the proposed privatization of the railways. The railway unions feel that the privatization of the railways will not only adversely affect the railway staff, but also the ordinary passengers, so their protest is also to raise awareness of the issues at stake and elicit public support.

In How to Save a Constitutional Democracy, Tom Ginsburg and Aziz Z. Huq highlight the importance of public action and mass mobilization as a safeguard against the maladies of representative electoral democracy. Indeed, a vigilant citizenry is the price that a society has to pay for ensuring the democratic nature of the state. The unrest that reinvigorated the culture of protest and public action in India at the beginning of 2020 signified a reaffirmation of faith in the Gandhian idea of secularism and peaceful methods of political agitation for social transformation. The protests popularized constitutional values and reaffirmed our civilizational values of humanism and inclusion. The recent protests show that the Indian public is vigilant enough to engage with public issues in the face of adversity and to seek accountability from those in power.

Ganeshdatta Poddar is an Associate Professor at FLAME University, Pune.