"What India Must Do to Clean Up its Air," Farzana Afridi. The Hindu: Business Line, August 6, 2020

What Does India Need to Do to Clean Up its Air? 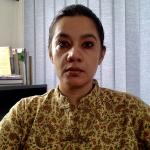 In 2018, India had 22 of the world’s 30 most air-polluted cities. Household sources of ambient air pollution, such as cooking and heating, are the single largest contributor in much of the developing world, including India. Air pollution levels within households that cook with solid fuels, such as wood and cow dung, can be high and skyrocket to 40 times greater than the safe limit prescribed by the WHO.

Since clean fuels like bottled liquified petroleum gas (LPG) and electricity require considerable infrastructure, requirements too demanding for a developing country like India, there have been many attempts since the 1970s and 1980s to, instead, promote improved cookstoves (which use solid fuels). These technologies, however, have largely failed to reduce household air pollution for a variety of reasons including low adoption rates, low usage rates when adopted, and ineffectiveness even when used.

An important reason for the low usage of LPG as cooking fuel is poverty. Although LPG is subsidized in India, the recurring cost of LPG refills is considerable for poor households and the subsidy design itself is rather complex. When consumers with LPG connections buy LPG cylinder refills, they pay the market price to the dealer and receive a transfer to their bank account for the amount of the subsidy to which they are entitled—but a few days after the purchase. Hence, the subsidy works as a cash-back scheme. Second, the market price of a cylinder refill varies significantly (between Rs. 654-879 from November 2017-October 2018) in tandem with the international price of LPG, although the government has kept the subsidized price very stable at around Rs. 500. Consequently, the corresponding subsidy delivered by direct benefit transfer moves in tandem with the market price (between Rs. 159-376 from November 2017-October 2018). Both features of the scheme suggest that uneducated and liquidity constrained consumers may not be able to either comprehend or take advantage of the subsidy as physical access to banking is limited and intimation of the cash-back deposit is through text messages in English.

In addition, and irrespective of income, there is low awareness of the long-term health hazards of solid fuel combustion. Households are unaware of pre-term deaths and low birth weight of infants born to mothers who inhale smoke from solid fuels during pregnancy, as well as respiratory and cardiovascular diseases caused by inhaling indoor smoke. Indeed, the WHO estimates that in 2016, 3.8 million premature deaths worldwide were attributable to household air pollution, mostly in low and middle-income countries.

In April 2016, in order to expand LPG access, particularly to disadvantaged households, the Government of India launched its flagship program: Pradhan Mantri Ujjwala Yojana. The Ujjwala scheme is the largest program on access to clean fuel in India’s history—and in the world—reaching 72 million poor families by June 2019. But average annual usage of LPG by the existing and newly connected rural households remains less than half of what is thought to be needed to eliminate solid fuel use.

In 2018, Sisir Debnath, E. Somanathan, and I conducted a survey of 3,000 rural households in 150 villages in Indore (Madhya Pradesh) on their fuel consumption and choices. Only 65 percent of households in our survey had an LPG connection in spite of the Ujjwala program. Annual refill consumption was approximately 4.5 cylinders in households with LPG connection (across both households eligible for the Ujjwala program and non-Ujjwala consumers) even though the government subsidises up to 12 refill purchases per year. Anecdotal evidence suggests that many rural households are either unaware of the government’s cash-back scheme on LPG purchases or do not comprehend the varying amount of the subsidy they receive. Our survey also revealed that 87 percent of the sampled households are unaware of the serious long-term risks, to their own or other household members’ health, of using solid fuels.

Following our 2018 household survey, we designed and conducted an information campaign in 2019 in the same 150 villages to improve awareness about the health hazards of cooking with solid fuels and the financial benefits of LPG, with an objective to increase regular usage of LPG. These villages were randomly assigned to three groups of 50 villages each. Sampled households in Group H were provided information about the adverse health effects of cooking with solid fuels; those in Group HS were provided the same health information and information on the existing cash-back subsidy program. The third, households in the control group of villages, was not provided either type of information.

Our awareness campaign was embedded within the public health system to ensure that our findings are not just potentially scalable but also replicable in other rural settings. We trained existing frontline public health workers—Accredited Social Health Activists (ASHAs)—to conduct a door-to-door campaign and deliver the information to the 100 treatment (H & HS) villages.

By comparing annual and seasonal LPG consumption by households in our sample before and after the intervention, and relative to the control group, we found that providing information on both the health hazards of using solid fuels and LPG subsidy (Group HS) led to a 6 percent increase in LPG refill consumption. This increase took place in the summer, when LPG consumption is typically low due to the greater availability of solid fuels relative to the wet season.

These effects appear to be concentrated among poorer and less educated households. Households with below median wealth, as well as those with a head who has completed less than primary schooling, increased refill consumption significantly compared to those above median wealth and a primary educated (or more) head. These are precisely the types of households that need to be informed about the health concerns with indoor pollution and the implications of the financial subsidy on out-of-pocket expenditures on LPG refills.

The health information (Group H) alone did not increase consumption of LPG refills, but led to behavioral changes that can reduce the inhalation of indoor smoke; households were 5 percent more likely to have an outlet for smoke from traditional stoves and/or use a separate room as a kitchen, compared to the control group that did not receive any information. The probability that households used only traditional cooking stoves to prepare the last meal decreased by 5 percent in the health information-only treatment.

The fact that we find significant effects on LPG refill purchase only in the group that received both the health and subsidy information underlines the salience of the financial constraints that households face. Using LPG regularly for cooking instead of freely available wood and cow dung presents significant challenges for households with average monthly incomes of Rs. 8,000. In addition, the response in the health information-only treatment suggests that households adjust on the margin of reducing smoke inhalation when they are financially constrained in shifting to a cleaner fuel.

From a policy perspective, our results indicate that the LPG subsidy scheme should be redesigned to increase take-up. Households which were informed that the out-of-pocket expenditure is, more or less, fixed at Rs. 500 per refill due to the subsidy internalized the information by marginally increasing refill purchase. Since the government absorbs the variation in market price through the cash-back subsidy, depositing the subsidy amount upfront into the accounts of beneficiary households could substantively reduce the financial burden on liquidity and credit constrained households. Intimation of subsidy deposits should also be made through text messages written in local languages.

The Pradhan Mantri Garib Kalyan Yojana, launched during the COVID-19 pandemic, deposits refill credit upfront to Ujjwala beneficiaries for three months and, according to media reports, has shown a record 13 percent increase in annual LPG consumption. However, this temporary and limited change in the subsidy scheme has seen only 50 percent success in the take-up of free cylinders. Our research suggests a multipronged approach to induce households to use LPG regularly—combining measures that raise health and subsidy awareness along with a redesigned subsidy scheme.

Farzana Afridi is an Associate Professor in the Economics and Planning Unit of the Indian Statistical Institute (Delhi).