“A 21st Century Institutional Architecture for India’s Water Reforms,” Report submitted by the Committee on Restructuring the CWC and CGWB. July 2016

Drilling Down Into India’s Groundwater Future 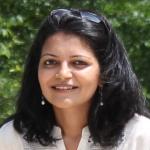 Every year, from June through the end of September, the summer monsoon rains sweep up from India’s southern coasts and gradually spread to the north, supplying 80 percent of India’s annual rainfall. Rivers flow, fields are sown, and aquifers and reservoirs get replenished, setting in motion a burst of agricultural activity after the scorching summer heat. Underlying this euphoria, however, lies a deeply stressed agricultural system.

Since the 1960s, India’s groundwater irrigation has increased dramatically, playing an important role in its economy and people’s lives—supporting the livelihoods of over 260 million small-scale farmers and agricultural laborers who grow over a third of India’s food grains. These benefits, however, have come at the cost of increased pressure on groundwater reserves. India is the world’s largest user of groundwater and, since the 1980s, groundwater levels have been dropping across the country. The severity of the problem is particularly acute in the northwest, where levels have plunged from 8m below ground to 16m, so that water needs to be pumped from even greater depths. Worse yet, much of this groundwater is nonrenewable since recharge rates are significantly less than extraction rates and replenishing this resource can take thousands of years.

Using up such “fossil” groundwater is inherently unsustainable. Moreover, the future of monsoon rainfall remains uncertain; while some climate models predict an increase, others predict a weakening of the monsoon, although changes in monsoon variability are already underway and will continue into the future. Historical records suggest that the number of dry spells and the intensity of wet spells have risen over the past fifty years. As climate change alters the Indian monsoon, the already large stresses on India’s groundwater resources may increase.

Groundwater stress is more than just a hydrologic issue as usage of the resource is shaped by human behavior and economic policy. Diverting water to drier areas, for example, can encourage demand for water-intensive crops and further expand irrigation—leading to more stress on the physical system, the environment, and the people it supports. Understanding how and why people use water, therefore, is an important priority. Given the complex dynamics of both human agricultural and economic decisions, not to mention physical water and crop systems, what will India’s groundwater future look like?

To answer this question, I took part in an integrated economic-hydrology assessment of nonrenewable groundwater use in rural India (along with colleagues from the University of New Hampshire and Pennsylvania State University). Such a multidisciplinary approach allowed us to incorporate important feedback across people and the water cycle that independent hydrology or economic studies of groundwater leave out. Importantly, an integrated approach can shed light on the role that adaptation responses and policy measures can play going forward.

One such initiative proposed by the Government of India is to physically transfer 178 billion cubic meters of water across river basin boundaries each year by building 12,500 km of water conveyance networks. This “national river linking project”—the largest such proposed water infrastructure project in the world—aims to expand irrigated agriculture by moving water from “water surplus” to “water deficit” basins. The first of the planned canals linking the Kaveri and Godavari rivers was completed on September 16, 2015.

Using our modeling framework, we were able to evaluate the efficacy of this proposed infrastructure on alleviating groundwater stress. We first used detailed crop and weather data since 1970 to quantify how, in response to historical monsoon variability, farmers altered the dry- and wet-season irrigated areas of six primary crops grown in India. Assuming these responses to monsoon variability continued into the future, we projected future changes in irrigated crop areas based on a suite of monsoon rainfall projections and inputted these into a hydrological model. We were then able to model the demand for irrigation water and assess how much of this demand would have to come from sustainable irrigation supplied by groundwater recharge and surface water vs. unsustainable or nonrenewable groundwater.

The analyses (published in Environmental Research Letters) reveal that even in some areas that experience projected increases in monsoon rainfall, the expansion of irrigated agriculture will lead to more nonrenewable groundwater extractions. This means that groundwater levels will likely continue to drop over the next thirty years in these areas. In extreme cases, a complete loss of nonrenewable groundwater irrigation can reduce national annual crop production by as much as 25 percent.

Our results also point to the large variation in future groundwater levels across India. Under future climate change, notably, some districts will do better and may even be able to rely solely on sustainable water supplies allowing groundwater levels to recover. Others will see slower rates of groundwater decline and yet others will experience declines for the first time. But most of Punjab and Haryana, northern areas of Rajasthan and Gujarat, and parts of Uttar Pradesh and Tamil Nadu will face continued groundwater level declines. As the levels become deeper, rising pumping costs can make extraction prohibitive and directly impact welfare.

Previous research (Sekhri, 2014) has shown that poverty is higher in places where falling groundwater reserves necessitate the use of more expensive capital-intensive pumps to raise water. Other research (Fishman, Jain and Kishore, 2015) has demonstrated that in regions where wells have run dry, well-off farmers adapt by migrating to cities, but poorer farmers and laborers have limited options and can fare worse.

This brings us back to the policy proposal: could a $120 billion river-linking project help? Our model suggests that it all depends on how this project is carried out. We find that the project has the potential to alleviate 12-24 percent of mid-century (2040-2050) non-renewable groundwater demand, depending on the climate model used, although the impact varies substantially across India. However, in simulations without new large reservoirs along the canals, the water transfers alone will alleviate very little nonrenewable groundwater demand; without storage, water transfers in the wet season will not be available for dry-season irrigation. Historically, the constructions of large water-holding dams and reservoirs have been contentious in India. While the exact plans for dam construction under the river-linking project have not yet been made public, it is clear from these results that without a large increase in reservoir capacity, the proposed project will not alleviate groundwater stress.

There may be more cost-effective and sustainable ways to alleviate groundwater demand, such as more efficient irrigation, growing less water-intensive crops in the dry season and transitioning away from irrigation-intensive systems where there is little water. In addition, India needs better policies that directly help small-holders and laborers—not just large landholders—to adapt and adjust to risks associated with groundwater depletion and a more variable future climate. A recent report submitted by a committee led by Mihir Shah (former member of the erstwhile Planning Commission to the Government of India) titled A 21st Century Institutional Architecture for India’s Water Reforms is a clarion call for a paradigm shift in water resource management. This is no small task. But for a resource that will shape the course of India’s economic, social, and political future, we would do well to heed Victor Hugo’s adage: “All the forces in the world are not so powerful as an idea whose time has come.”

Esha Zaveri is a Postdoctoral Research Fellow at the Center on Food Security and the Environment and Department of Earth System Science at Stanford University.