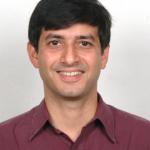 One of the problems that India’s new government will find itself confronting – a problem that is rapidly moving up the global geopolitical agenda – is the issue of climate change. This issue is extremely pertinent to India for a number of reasons. First, climate change is likely to hit India hard in the coming decades. Predicted impacts include water scarcity, decreased crop yields, increased risk of disease, and flooding of coastal areas. These problems will be most detrimental to India’s poorest citizens.

Secondly, the short-term global efforts to negotiate reduced emissions of greenhouse gases could have a substantial impact on the Indian economy. Most argue that global negotiations pose a threat as industrialized countries may try to force India to take on emission reduction obligations. Other see opportunity mixed with threat: global climate change offers an opportunity that Indian businesses must be quick to embrace. Either way, between the impacts of climate change and efforts to reduce emissions, climate change will not leave India untouched.

The next few years will be critical in shaping the global regime. In December 2009, nations will meet in Copenhagen to decide on an updated version of an international global climate regime. Copenhagen will only be a staging point however, as it will take another two to three years to work out the details. The current government has laid some important policy planks on which the next government can – and should – build. But at the same time, it increasingly appears that the Indian approach is inadequate to the scale of the challenge. Consequently, the next government’s stance on climate change is particularly significant.

At the domestic level, the 2008 National Action Plan on Climate Change calls for promoting development actions that also yield climate “co-benefits.” This is an important concept as it will help ensure that development efforts are placed at the center of climate actions. Some concrete measures are also promising and worth initiatives, such as a proposed “solar mission” and concrete energy efficiency measures.

At the same time, the plan and its follow-up measures fall well short of a promised “qualitative change in direction” toward ecological sustainability. Instead, much of the plan is a re-packaging of existing policies under a climate banner. For example, existing schemes on agriculture and forests are packaged as climate adaptation measures, with no complementary effort to scrutinize and re-think existing schemes that may add to climate vulnerability.

Climate change is too far-reaching and serious for such a marketing approach to adaptation or a band-aid approach to mitigation. While the current government got the approach and concept generally right – a visioning exercise organized around development and climate co-benefits – the implementation leaves much to be desired.

A new government could complete the job and take seriously the promise of a “qualitative change” in development. A renewed climate plan also needs to be far more inclusive and tap the energy and ideas of civil society, business, and bureaucrats who are in the front lines of implementation. Creative ideas for climate adaptation and mitigation are more likely to bubble up from these actors than from centralized ministries. Finally, a climate plan needs to take seriously the inequities in emission levels within India. A visionary perspective on India’s developmental future – one that takes the threat of climate change seriously – is an essential starting point. Without it, India can neither be clear on what its stakes are in international negotiations, nor can it engage in the international debate from a position of credibility.

On the international front, India has long been guided by a principle of equity in its global negotiation position. On principle, Indians have argued for equal per capita entitlements to the global atmospheric resource. In practice, equity is partially enshrined in the convention through the notion of “common but differentiated responsibilities” and differing capacities of industrialized and developing countries. In other words, since the industrialized North substantially caused the problem, it should be in the forefront of solving the problem. However, the North has neither adequately decreased greenhouse gas emissions at home, nor has it provided technological and financial support to the South. For principled and pragmatic reasons, therefore, a new Indian government should continue to be a forceful voice for equity in the international negotiations.

A renewed Indian position on climate change will, however, have to grapple with an uncomfortable reality: the global climate regime is increasingly coming down to an unfair choice between global equity and climate effectiveness. Developing countries, including India, justifiably call for industrialized countries to move first. Despite their historic responsibility for the problem, rich countries unjustifiably insist that some developing countries, including India, are now “major emitters” and must also act. The result is a vicious cycle of ever more heated rhetoric and ever more climate-ineffective measures.

This outcome is not in India’s interest. The difficult reality is that India is likely to be among the countries hit hardest by climate change. Despite this problem, India should not buckle to international pressure and give up on the principle of equity. The current stance, therefore, appears to be to prioritize equity, and implicitly – if not explicitly – accept that the cost may well be an ineffective climate regime. However, since climate impacts will vastly complicate the task of poverty reduction in India, this is also surely not an acceptable response.

If India is to avoid the worst impacts of climate change, a renewed Indian climate strategy must more proactively and creatively explore opportunities for a climate agreement that is both effective and equitable. Given the fraught global context, this will not be easy and will require finding ways to reverse the current vicious cycle and construct a virtuous one. Instead of under-cutting each other, countries will need to challenge each other to match ever more ambitious commitments. Despite the intransigence of the North, the question remains: can India play a leadership role in accomplishing this reversal without compromising its immediate interests? The answer is not clear, but it is clear that the question has not been adequately explored.

A path forward may rest, as suggested earlier, in a careful and creative domestic policy response. Could climate change become further motivation for Indian cities to re-think moving in the direction of greater liveability? Could climate change accelerate a shift to cleaner energy forms that reduce local air pollution and dependence on foreign fuel sources? Could the threat of climate impacts become the driver of a far more efficient and equitable water economy? Could Indian businesses develop new forms of outsourcing that will yield a profit in a carbon-constrained world? Most critically, can a new government realistically build an international strategy for climate effectiveness and equity on the foundation of creative domestic policies, without compromising the country’s interests?

Skeptics may argue that the toxic nature of the global climate regime is beyond redemption, and it may well be. But given the likely toll of climate change on India – particularly on its poorest citizens – it cannot afford to give up on seeking both equity and effectiveness in a global climate regime.

Navroz K. Dubash is an Associate Professor at the Centre for Study of Law and Governance at Jawaharlal Nehru University in New Delhi, India. He can be reached at ndubash@gmail.com