“Ideas and Economic Reform in India: The Role of International Migration and the Indian Diaspora,” Devesh Kapur, October 2004, India Review

The Causes and Consequences of India’s IT Boom, Devesh Kapur, April 2002, India Review

“India Should Be a Knowledge Superpower,” Ramanathan Swaminathan, February 2, 2005,  www.rediff.com

Between a Love Fest and a Bureaucratic Wall 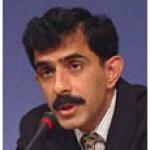 As the annual ritual of the Pravasi Bharatiya Divas (PBD) concludes, the Indian government’s approach to cultivating overseas Indians needs critical scrutiny. The fact that governments in India — both at the national and state levels — have been making much greater efforts to cultivate overseas Indians is not in doubt. Examples range from a dedicated ministry of overseas Indian affairs (MOIA) to address issues specific to the country’s large diaspora to policy initiatives like the Overseas Citizen of India, insurance schemes for workers going overseas (the Pravasi Bharatiya Bima Yojana), and efforts to address the predicament of deserted Indian women. Not to mention the scores of trips made by chief ministers to engage the diaspora from their states.

These are all laudable initiatives. Nonetheless, are they largely symbolic? Take the case of education. Although India has hemorrhaged talent overseas (the ‘brain drain’) since the mid-1960s, there is broad recognition that the human and financial capital of overseas Indians can be a tremendous asset for the country, especially given the tremendous challenges facing Indian higher education. How well do the initiatives of the Indian government address this important issue?

The most obvious channel to tap overseas Indians is alumni contributions to their alma mater. There have been some contributions, notably in the case of IITs. However, even as this effort was gathering pace, the Indian government’s human resource development ministry formed the Bharat Shiksha Kosh (India Education Fund) in 2003. By centralizing all overseas donations for education to the fund, the move effectively denied would-be donors any say in the purposes for which the money was used. Unsurprisingly, individual contributions to IITs dropped dramatically. While the current government reversed the decision, its populist stance on reservations at IITs and IIMs has meant that this government has simply moved from the frying pan to the fire.

In principle, India should have done much better in getting those who got a virtually free education to plough back money into their alma mater. Despite the hype, NRI contributions are modest compared to what the same alumni are giving overseas. Why? In part, we still do not have a well-established philanthropic culture. But more, as long as bureaucrats and ministers have a greater role in the governance of these institutions, alumni will simply stay away.

The lack of autonomy of educational institutions has been one of the biggest impediments in attracting diasporic philanthropy for higher education. Alumni who are prepared to give substantial resources also want to have a say in its use and an institutionalized mechanism to have their voice heard. However, the governance structures of most higher education institutions are so poor that such mechanisms are non-existent. Nearly half of the alumni of AIIMS are overseas but they have balked at contributing since they have little say in the governance of that organisation. The recent intrusiveness of the health ministry in that institution’s governance, exceptional even by Indian standards, has all but put paid to any possibility of alumni contributing to the institution.

A second way to tap overseas Indian talent for improving higher education in India is to leverage them for faculty, a strategy used by Korea and Taiwan earlier and aggressively pursued by China today. However, as per the revised Citizenship Act, “an overseas citizen of India shall not be entitled to the rights conferred on a citizen of India... for appointment to public services and posts in connection with the affairs of the Union or of any state except for appointment in such services and posts as the central government may by special order in that behalf specify.” Given faculty vacancy rates of between a quarter and a third in elite institutions and rampant mediocrity in most other Indian higher education institutions, one might have thought that the strategy would be more welcoming. But that would presume that there is a strategy.

Higher education could also help strengthen links between the second (and later) generations of the Indian diaspora. Many leading universities around the world are creating programs encouraging their students to spend a semester/year overseas. Many of them, especially undergraduates, want to come to India. But where? Apart from limitations in facilities, most of our worthwhile higher education institutions are exceedingly narrow in their scope, making them much less attractive to overseas students. And as for the others, what are the options? Do we think that overseas Indians of Bengali origin are yearning to spend a year at Calcutta University or of Punjabi origin in Punjab University?

The Indian government has attempted to address these challenges in three ways. One, try and create a ‘PIO/NRI’ university. Two, launch a program called ‘Collaborative Projects with Scientists & Technologists of Indian Origin Abroad.’ And three, create an India Development Fund (IDF) to channel contributions from NRIs towards philanthropic activities in India in a wide-range of activities. All three initiatives have good intentions. Sadly, they will achieve little.

The ‘PIO/NRI’ university will de facto be a ghetto with little possibility of interaction between the students there and India-based peers. It is unclear if the proposed university would face the all too familiar pressures to conform to the dictates of intrusive regulatory structures of Indian higher education on admissions, fee, salaries and pedagogy. If so, why would anyone come other than those who cannot get admission elsewhere? And if not, why not allow anyone to set up higher education institutions of excellence, which could then attract children of NRIs/PIOs and from India as well?

With regard to the ‘Collaborative Projects with Scientists & Technologists of Indian Origin Abroad’, there have been dozens of similar programs around the world. All have a very poor record. Collaborative projects are successful when done through professional networks, not with the state as an intermediary to substitute for poor quality. The only meaningful way would be to develop better research universities whose faculty and facilities are good enough to attract collaborators from around the world — but that has been stymied by deeply politicizing this critical sector.

According to MOIA Minister Vayalar Ravi, the IDF will ostensibly tap into the yearnings of NRIs “to contribute to improving conditions in their home state... Reputed NGOs will be engaged, and international accounting standards will be applied to the funds.” While overseas Indians do want to contribute to their country of origin, going through the state is about the last option most would consider. With good reason. How many Indians in India would like to contribute to an equivalent fund? Indians, especially the middle-class and economic elites, are deeply distrustful of centralized institutions in general and the state in particular. Even civil society organizations like the American India Foundation and the National Foundation of India have had only modest success despite very good intentions and considerable effort. Diaspora philanthropy has suffered because of the onerous requirements of the FCRA, which makes life difficult for genuine organisations while the less salubrious ones find ways to get around them. And the biggest impediment there is the ministry of home affairs.

The aforementioned initiatives of the MOIA in the realm of philanthropy and Indian higher education underline a harsh reality. The ministry is small and weak. Most major issues — be it education, totalization agreements (to reduce the social security tax burden on Indians working temporarily abroad), labor exports, diaspora financial flows — are embedded in wider national and international policies of the Indian government. Addressing them requires the engagement of key ministries (external affairs, finance, commerce, home and HRD), which are more powerful compared to the very modest resources of the MOIA. But even more, it requires a strategic vision from the government, one that does not mistake the trees for the forest. Until then we are left with the ‘feel-good’ PBDs.

Devesh Kapur is the Director of the Center for the Advanced Study of India (CASI), Professor of Political Science at the University of Pennsylvania, and the Madan Lal Sobti Professor for the Study of Contemporary India. This article first appeared in The Indian Express.