"Millennials, in a Society of Contradictions," Deeya Mitra. The Hindu: Business Line, March 26, 2019 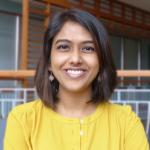 Millennials—individuals born between 1980-99—are constantly scrutinized as Generation Me. They are misrepresented, stereotyped, and unappreciated. Millennials—often referred to as irresponsible and lazy young persons—have recently received a lot of media attention in India, from speculations about their spending habits to whether they are the most depressed of all generations. These individuals have grown up in a fast-changing globalized society and, contrary to their parents and grandparents, have had to adapt with the burgeoning demands of modern times in addition to the developmental challenges in transition to adulthood. People in their twenties, however, are in a crucial life stage for psychological development and need support, not ridicule.

The beginning of the millennium saw radical changes in the area of lifespan psychology. Progress was made in recognizing the need to research adult development. One such attempt led to the theory of emerging adulthood in the U.S., proposing a new life stage from age 18 to 29. With prominent shifts in the cultural landscape—sexual revolution, women’s movement, a shift to a knowledge-based economy—there was an increasing gap between the time individuals finished high school and the time they attained adult roles. These markers of adulthood status (financial independence, finding a stable job, and getting married) vary across cultures. While this has been studied widely in developed nations, its presence in India’s research is just beginning.

India has experienced rapid changes in the sociocultural milieu since the beginning of the information technology boom in the 90s. There has been rampant industrialization and modernization that have had a significant impact on the population. This has led to a phenomenon, similar to the U.S., taking place predominantly within the millennial middle and upper class urban Indian population. Emerging adulthood in India is becoming more prevalent as individuals have greater access to education, higher paying jobs, and more autonomy in love and marriage. Additionally, there has been a mass exodus of youth from rural to urban areas for better opportunities; this has allowed for social mobility. Along with the changing sociocultural currents and a gradually dissipating caste system, India is turning to a new chapter.

Over the past decade, there has been a myriad of changes in the middle urban class Indian family. Emerging adults from India are experiencing compounding challenges because of the demands of globalization, increasing urbanization, and changing social climate. This has radically changed the experience of transitioning to adulthood. One of the top criteria for adulthood across cultures is making independent decisions, and there is a succession of important choices that individuals make during this time of life. These decisions have long-term implications on later life including economic success, well-being, and eventual successful aging. These consequential choices often involve a multitude of factors. This is especially so in the Indian context where family obligations and societal expectations still have a crucial role; emerging adults don’t simply make independent decisions.

Situated in a postcolonial euro-centric culture, Indian youth are redefining narratives of self and identity amidst this changing landscape. With nuclear families becoming more common in India, there have been shifts in family ideologies allowing for greater space for a negotiated parent-child relationship in decision-making among emerging adults. It portrays as an interplay between inertia arising from old age traditions and the flux of pressures of change. The task of continuing to be a well-functioning adult amidst these sociocultural demands require developing skills to negotiate between costs and benefits.

My recent research indicates that emerging adults in India perceive responsibility toward parents as well as independence and autonomy from family as being the most important tasks during this time of life. Findings reveal a rather large commitment to their parents and indicate that an individual’s personal life choices will not inhibit their ability to care for their parents. Emerging adults in India today also place a high priority on exploring their own identities and becoming self-sufficient. This negotiation between maintaining the traditional roles while also imbibing autonomy when making life decisions accurately portrays the changing landscape of the Indian population.

Financial security and education and career were subsequently important tasks. With the progression in India’s inclination toward a knowledge-based economy, more advanced degrees, and an introduction to individualistic ideals, migrating to big cities for better prospects seems to be valued and sought after. Romantic relationship pursuits were rated moderately important, indicative of the rising trend in Indian marriage to be a hybrid of Western and Indian practices making more room for autonomy in relationship choices. Community and faith and adhering to societal norms were least endorsed. These findings are highly suggestive of the globalized postcolonial era in which these individuals are situated. Findings, however, must be considered within the context as it particularly focused on the middle and upper-class educated population of 18-29-year-olds across cities in India and may not reflect the views of the many young Indians who still live in rural agricultural villages. The socioeconomic context that this generation grew up in—access to education, healthcare, and globalization—makes the current cohort quite distinct from the previous generations and from most of their rural peers.

What does this mean for this population? Emerging adulthood may look and mean something different in India than in the West. We cannot assume that what we know of this population through research in Western populations applies globally. Contrary to what is being presented in popular media as today’s emerging adults being a lazy and reckless generation, millennials in India not only recognize the significance of parents but also endorse responsibility toward family as the most important life choice during this time of their life.

What else is important to this population? How can we ensure successful adult development for this generation? These individuals find themselves at several crossroads in various realms of life with the need to be able to make deliberative and informed decisions. The nature of these life decisions ranges from existential to more practical, often involving a reassessment of their value system. Establishing culturally normative life goals is important in providing a basis for determining which behaviors are adaptive or maladaptive. However, what is understood as “normative” or typical today may be different in important ways from what may have been normative in the past decades. Additionally, what is normative as defined by Westernized ideologies or previous generation of Indians may not apply to emerging adults in today’s India.

It is important to learn more about the process of decision-making among emerging adults in India to ensure favorable outcomes, which is often not possible with just a checkmark on a survey. Individuals need to recognize the agency that is involved in their decision-making toward life goals, especially so when embedded in a community-focused society as India. The findings of this research bring to light the sociocultural influences of globalization leading to the reorganization of cultural norms—this necessitates a change in yardstick to measure success. Whether the potential of this population has been adequately recognized is still in question. These individuals embark on exploring alternative possible futures. However, there is a discrepancy between how they are presented in the media and the reality of their ideals and goals. Advocating for accurate and evidence-based representation of goals in mainstream media is important. This is especially necessary as research has captured the potential of today’s emerging adults for leading India into a global future while retaining the strengths of Indian traditions.

Deeya Mitra is a doctoral candidate in Psychology at Clark University, Massachusetts. Her research focuses on decision-making of life choices among emerging adults in India.