Buchanan, F. (1807). A Journey from Madras Through the Countries of Mysore, Canara and Malabar, Volume 3. London: Fort. Cadell and W. Davies.

Gadgil, M. et al (2011). Report of the WGEEP. Ministry of Environment and Forests, Government of India. 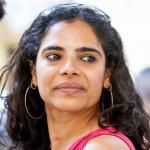 The “habitat” of the Western Ghats is constructed of particular landforms—ridge and valley, peak and plateau, escarpment, and plains. Today, these features are at the heart of the development-environment conflict that has escalated since the 2012 UNESCO designation of the Ghats as a World Heritage Site. The use of this language of landforms can be traced back to colonial texts; but the roots of the image behind it are more difficult to unravel, being embedded in visual articulations of geographic maps and object drawings.

I explore two different imaginations that allow us to see the imaging and language each can initiate: how the Mangalore Pattern Roofing Tile perpetuates an imagination that is reductive, and how thatch generates an imagination that can hold complexity. Each stands apart from the other operationally, but when engaged on the ground, this difference creates conflicts in the landscape. Today, the betta is one terrain that is torn between these two imaginations.

My own experience of this terrain and roofing elements began when I went to architecture school in Manipal, a lateritic plateau located between Agumbe above in the Southwestern Ghats and the Arabian Sea below. I learned to design shelters for human habitation set in this landscape through the act of drawing plans, elevations, sections, and perspectives, and used the common Mangalore Tile in many projects.

Drainage Imagination
The Mangalore tile that we took for granted is really extraordinary. Made with clay found along the Netravati River, using German technology and local labor, the tile initiated a shift toward a new imagination—a drainage imagination. Designed by the Basel Mission in 1864, the tile replaced thatch, the prevalent roofing material where monsoon winds bring heavy rain for six months a year. The tile drains water off its surface, separating “wet” from “dry.” These conditions are associated with further binaries: outdoor-indoor, down-up, fertile-barren. The specific operations of drainage of the tile offer a lens to see habitat in three scales—the singular object, the roof system, and the complex terrain.

Rain flows off the tile’s primary ridge into valleys. The simple operation of the tile’s form extends to a sloping roof created by its unique interlocking system (Indian Standard Institution, 1985), generating secondary ridges and valleys. The roof structure itself has a ridgeline with slopes meeting at valleys and hips (Bureau of Indian Standards, 1992), draining water over the edge. This formalized a hierarchical system of drainage that is a lens to see and order the landscape. Today, the Ghats is described as an “escarpment running roughly in a north-south direction for about 1500 km parallel to the Arabian sea coast” (Gadgil, 2011). The measures of drainage are devised through slope and altitude, relying on linearity of flow down an incline to the coast.

The 1871 Census Report of the Madras Presidency recorded a high number of thatched roofs in Malabar and South Canara (Stuart, 1893). This report suggested thatch as inadequate to drain and initiated its replacement with the tile.

Threshold Imagination
In this wet place, thatch was an ordinary roofing material till the early 1900’s. Thatch is made with grass found on lateritic plateaus. Thatch holds and releases rainwater in complex non-linear trajectories that give in to the gradient of wetness across seasons, acting as a threshold. Densely packed forming depth, thatch has multiple material operations occurring simultaneously—the air and moisture within the material work through a gradient of temperatures and humidity across day and night. Water is held within the structure through capillary action, while movement and convection release moisture. In the hot months, dew collects on thatch while in the monsoon, water is released from the fronds. Thatch can only be made by hand, and is held as embodied knowledge by the maker. It actively engages in change across time holding water, but the tile is just a moment in the time of thatch—thatch in the monsoon.

Contentious Terrain
One of trajectories of tile into the landscape is through geology, a critical discipline that today defines the boundaries of the Ghats. Extracting clay below, the raw material for tile, reveals the strata of soils through binaries wet-dry, down-up, clay-indurated clay (or laterite) (Buchanan, 1807). Betta, the local word for a high lateritic ground, is a threshold. Betta holds and releases water, demonstrating a multiplicity across time. Soaked during the monsoon, it is appropriated by spawning fish, breeding frogs, and humans for cultivation. As the water releases, the place transforms to a grazing ground for cattle, a feast for butterflies among flowering grasses. During the hotter months, reptiles and insects make homes in rock crevices, birds nest on open ground, grass is harvested, and portions of the ground are burnt to nurture and activate seeds and hold moisture. As tile replaced thatch, betta came under scrutiny by colonial administrators; they saw it as unproductive land yielding only a single crop. Betta was designated as “wasteland” and is in the Revenue Department’s jurisdiction to be made productive through building construction, marginalizing other practices and seasons. Conservationists call this land “grasslands” for its rich biodiversity that has been depleting due to these development activities. Whether “wasteland” or “grassland,” this place is currently visualized in a map, frozen in different moments in time. However, betta as a threshold cannot be drawn as a map. It demands a new recording of horizons of events and practices over time, across seasons, day and night, to demonstrate it as an active dynamic terrain that holds and releases.

Drawing Conversions
Local inhabitants used to traverse this terrain across seasons, following the rain. They held skills and practices that continually engaged with a gradient of wetness experienced through cultivation, rituals, movement, and shelter. And they thatched their own roofs with a material knowledge. Thatch cannot be drawn in the same way as tile—it cannot be visualized in plan, elevation and section. It is in the act of making thatch by hand, and the practice of constructing depth, that its workings can be unraveled and a new language discovered.

Although the colonial travelers, botanists, and surveyors had already begun to record the habitat of the Ghats as ridge-valley, it is the tile that introduced the drainage language to the inhabitants, converting them to seeing a separation of wet from dry. The Mission tile factories located at the mouths of rivers employed inhabitants who were not just recent converts but included non-converts too. The factory reduced everyday practices and seasons to new notions of labor and time, a singular notion. The workers manufactured tiles under a dry pitched roof; used new technologies to grind clay, press tiles, and bake in kilns, distancing themselves from the wetness of working with their hands. In the Mission’s Mechanical Workshop at Balmatta, a lateritic plateau, the workers were taught to mend and build machinery, and make technical drawings (Raghaviah, 1990). They were unlearning thatch-thinking and being educated into the language of drainage through the act of imaging—drawing tiles, tile presses, grinders, and kilns. The workers were drawing ridges and valleys, peaks and edges, slopes and altitudes, and began to see their environment through this lens.

The development trajectory of the Western Ghats is a narrative of colonial and post-independence thought. Controlled by lines drawn to fix space and time, the habitat of the Ghats has been constructed in the image and language of drainage, an outsider’s lens. Arising from this language are conflicts between forest-dwellers and government, production and protection, land and livelihood. Threshold offers the possibility of a dynamic understanding of place developed from a local engagement on the ground, and a local way of seeing that has never been considered, rather than a view from above. It emerges from an engagement that is inclusive of wetness in movement, materiality, and temporality. This new imagination holds the hope for a new shift towards designing a more environment-sensitive future from the ground up, and not perpetuating current conflicts.

Deepta Sateesh is Director of the Design+Environment+Law Laboratory at Srishti Institute of Art, Design and Technology. She was a CASI Spring 2017 Visiting Scholar.