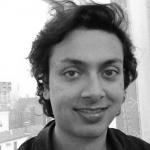 In the last fifteen years, India has seen the adoption of an “alphabet soup” of ambitious national anti-poverty programs: a rural connectivity scheme (PMGSY), a universal primary schooling initiative (SSA), a rural health initiative (NRHM), a rural electrification scheme (RGGVY), a rural employment guarantee (NREGA), a food subsidy (Food Security Act), and a new digital infrastructure for transferring benefits directly to the poor (UID). Quietly, these programs are delivering genuine benefits on the ground and revolutionizing India’s anti-poverty policies. Where have these programs come from? And with elections on the way, where are they headed? The experience of the National Rural Employment Guarantee Act (NREGA) suggests that effective anti-poverty programs play an increasingly important role in Indian elections and are therefore here to stay.

Programs like NREGA represent a quiet revolution in India’s poverty alleviation strategy. India has for decades challenged the belief – sometimes called the “median voter theorem” – of political scientists that in democracies politicians cater to the voters who are most numerous: despite democratic institutions, and a predominantly poor electorate, effective public policies that benefit the poor have never been a priority for India’s ruling political elite. As an example of the old approach, take the infamous Below Poverty Line card, traditionally the main point of access to government welfare schemes. According to multiple surveys, as many as half of India’s poor households do not even possess a BPL card. This is unsurprising; village studies show that the allocation of BPL cards by panchayats is highly discretionary, as much a tool for corruption and political influence as poverty alleviation.

Compare this to NREGA, the most important of the new flagship schemes. Unlike the means-tested BPL card, NREGA is universalistic by design, promising up to one hundred days of employment to any rural household that requests it. While the administration of NREGA is also subject to corruption and inefficiency, more so in some states than others, studies show that this has improved over time, in part due to built-in transparency measures such as social audits, but more importantly, due to social and political pressure. Most importantly, NREGA has been relatively successful in reaching the rural poor. Several independent program evaluation studies find that NREGA has increased earnings and wages of poor rural workers, one of the reasons that agricultural employers have lobbied to curtail the program.

Why is India seeing relatively effective, well-funded, universalistic anti-poverty programs like NREGA now after so many decades of narrow programs with little political backbone? Some attribute the shift to the pressure of newly mobilized political outsiders, including an activist judiciary and civil society groups. This is half of the story. It does not explain the other half, the extraordinary receptiveness of ruling parties to these new programs, embodied in the Congress party’s decision to create the National Advisory Council, a political advisory body composed of civil society activists, which played an important role in the passage of NREGA in 2005.

The shift is best explained not by the good intentions of politicians – after all, where have the good intentions been for so long? – but by the fact that political parties are learning that effective anti-poverty programs can help to win elections. The BJP-led National Democratic Alliance’s disastrous “India Shining” campaign in 2004 illustrated the political hazards of appearing to be unresponsive to rural poverty, a lesson Congress leaders seemed to take on board when they swiftly pursued their campaign promise of a rural employment guarantee upon taking power. The landslide reelection of the Congress-led UPA in 2009 was, at the time, widely attributed to the adoption of NREGA.

In light of the Congress party’s recent defeats in state assembly elections, some question whether anti-poverty programs have really benefited the Congress party in elections. However, my own research, based on a comparison of Congress’s election performance across state assembly constituencies during the early stages of the program’s implementation (when some districts had received the program while others had not), suggests that NREGA did cause a large increase in Congress’s vote share in state elections. This increase, by as much as 4 percentage points, makes a big difference in India’s closely fought elections. The fact that Congress politicians routinely advertise NREGA in campaign speeches suggests that they recognize the electoral benefits as well, though arguably they have made a strategic mistake in not being aggressive enough about claiming credit. If the UPA loses in upcoming elections, it will be because it has alienated voters on so many other issues.

If the BJP-led NDA wins the upcoming national elections, as is predicted, what will be the fate of NREGA? Prediction is hazardous in politics, but it is possible to make some educated guesses on the basis of existing evidence. Despite the fact that out of the public eye, BJP politicians criticize NREGA as “dole,” in practice, some of the states which have best implemented NREGA, such as Rajasthan and Chhattisgarh, have been ruled by BJP governments. These governments recognized that it is better to earn credit in the eyes of poor voters for implementing anti-poverty programs well than to be perceived as obstructionists. In power nationally, the BJP is unlikely to roll back NREGA, at least openly. It is also sometimes forgotten that the BJP has adopted large-scale national anti-poverty programs itself when it was in power: Sarva Siksha Abhiyan (SSA), the universal primary schooling initiative, and Pradhan Mantri Gram Sadak Yojana (PMGSY), a rural connectivity scheme. Both were taken fully on board by the UPA when it came into power.

One of the interesting results of my research on NREGA is that during periods of economic hardship, such as droughts, non-Congress state-level ruling parties were also able to benefit in elections from NREGA by demonstrating their responsiveness with NREGA employment provision. This suggests that there is room for opposing parties to compete over credit for the same anti-poverty programs. This has been the case with the Food Security Act. In November 2013, in campaign rallies in the state of Chhattisgarh, Congress leader Sonia Gandhi claimed credit for the national enactment of the Food Security Act, while BJP prime ministerial candidate Narendra Modi claimed credit on behalf of his party for originating the idea of food security with a state-level law in Chhattisgarh that preceded the national law. Indian politics appears to be entering a phase in which rival parties compete over who has done more for the poor with government programs, challenging the stereotype of India as a clientelistic political system in which policies do not matter.

India is not alone in experiencing a transition toward large, universalistic anti-poverty programs. A similar transition took place about a decade earlier in Latin American countries such as Mexico and Brazil. As with India, the transition in these countries has corresponded to an intensification of national political party competition. One of the striking features of these cases is that when a new party comes into power, it does not roll back existing anti-poverty programs. Instead, it seeks to claim credit for existing programs and propose its own variants because this is what sells in multi-party elections in developing countries with predominantly poor voter bases. Call it populism or call it democratic responsiveness, but thanks to electoral incentives, the trend of ambitious national anti-poverty programs like NREGA is, in the long run, here to stay in India, regardless of who rules next.

Aditya Dasgupta is a doctoral candidate in political science at Harvard University.