Joint Statement of the Republic of India and the People's Republic of China (Ministry of External Affairs, GOI), April 11, 2005 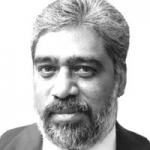 If the historic trend line in Sino-Indian relations holds, the recent India-China military stand-off in the Ladakh region of Jammu and Kashmir will soon be followed by predictable hype in Delhi about the impending transformation of bilateral relations and how it might change the world. The three week intrusion by the Chinese security forces into territory claimed by India came to an end in early May after India persuaded Beijing that a failure to restore the status quo ante could severely set back the bilateral relationship. Delhi hinted that it would cancel external affairs minister Salman Khurshid’s visit to Beijing this week, which, in turn, would have cast a dark shadow over the planned visit by Chinese premier Li Keqiang’s visit to India later in May.

After the end of the Ladakh crisis, Khurshid traveled to Beijing and prepared the ground for Li’s visit to India. Before the crisis on the border erupted, India was billing Li’s visit as a symbol of China’s commitment to elevate the bilateral relationship to a higher level. It was suggested Li was breaking the norm in Beijing by choosing Delhi as his first foreign destination. Li is visiting India in the third week of May.

The roller-coaster nature of Sino-Indian relations has a long lineage. In the late 1920s, a delegation from the Indian nationalist movement, led by Jawaharlal Nehru, made the first contact with the Chinese counterpart at an anti-colonial conference and issued a resounding statement on collaborating against the imperialist powers. But when the Second World War broke out, China was focused on fighting Japan, and the Indian National Congress found it difficult to extend support to the war effort of British rulers against Germany and Japan.

After the war and the formation of new Republics at the end of the 1940s, Delhi invented the slogan “Hindi-Chini Bhai-Bhai” (that the two nations were brothers) and went out of its way to defeat the Western attempts to isolate Communist China. In a little over a decade, Delhi was at war with Beijing over its long and contested border and the future of Tibet under communist rule. The effort to normalize bilateral relations, launched over a quarter of a century, helped put the engagement between Delhi and Beijing on a more positive footing. However, that did not eliminate contention over Islamabad, as China continued to support the nuclear weapon and missile programs of the Pakistan Army. The first decade of the 2000s saw the rapid expansion of the bilateral economic cooperation trade jump from barely $2 billion to $70 billion. The decade also saw the two sides announce a strategic partnership agreement and a set of principles to resolve the boundary dispute. If the expanding economic engagement provided a new dimension to the bilateral relationship, it also generated a new set of frictions by the end of the decade: the growing trade imbalance in China’s favor.

Meanwhile, the negotiations on the boundary dispute stalled, and mutual suspicions on Tibet and Kashmir intensified, underlying a larger and enduring territorial conflict that lies beneath their contested boundary. Last decade also revealed China’s reluctance to support the U.S. initiative to integrate India into the nuclear global order and a determination to support Pakistan’s quest for nuclear parity with India.

The current decade has seen the attempts to expand India’s cooperation on such multilateral issues as global warming and developing an agenda for emerging powers through the BRICS process that involves Brazil, Russia, India, China, and South Africa. Yet, the Ladakh flare up on the disputed frontier underlines the fragility of the bilateral relationship. The decade has also seen the expansion of the friction between the two into the maritime domain of the Indian and Pacific Oceans.

This quick synopsis of the complex dynamic in India’s relations with China underlines the repeated attempts at constructing a cooperative partnership and how they are threatened by an intractable contest over territoriality of the two republics. Adding to this complexity is an enduring tension in the domestic Indian policy discourse on China. On the one hand are romantics who view China either through the prism of anti-colonial ideology; on the other are those who simply demonize China and are unwilling to engage it even in national self-interest. This tension produces constant oscillation in Delhi between hopes of forming a solid partnership with Beijing and deep rooted cynicism about an unavoidable conflict with China.

As China rises to become a great power, the challenge for India is to find a realistic policy that recognizes the possibilities for greater collaboration, as well as the unmitigated potential for conflict. This challenge is made more acute by the widening gap between India’s power capabilities and those of China. A quarter century ago, India’s notion of parity with China did not seem an unrealistic one.

Today, China’s GDP is four times as large as that of India, and Beijing spends three times more than India on defense. While India’s economic growth rates in recent years have been impressive, China has grown much faster over a much longer period. The inevitable expansion of the gap, for the foreseeable future, presents India with a number of strategic imperatives. For one, Delhi must necessarily focus on accelerating its economic growth, which is critical for the building up of India’s comprehensive national power. India, however, cannot balance China’s rise on its own means. It needs deeper partnership with the United States, Japan, and other middle powers in Asia to construct a regional security architecture that can absorb potential shocks from a non-peaceful China.

Any credible Indian policy towards China must be steeped in realism and must involve at least five elements:  building comprehensive national power, expanding cooperation with China wherever possible, preventing the territorial conflict from undermining the bilateral relationship, widening consultations with Beijing on regional security, and insuring against non-peaceful rise by establishing stronger economic, political, and security partnerships with other powers.

C. Raja Mohan is the Head of Strategic Studies and a Distinguished Fellow at Observer Research Foundation, New Delhi. He was the CASI Spring 2013 Distinguished International Scholar. His most recent book, Samudra Manthan: Sino-Indian Rivalry in the Indo-Pacific, was published in 2012.