"Clarifying the Mandate of the Chief of Defence Staff is Key to Integrating India’s Armed Forces," Col. Vivek Chadha. Scroll.in, May 4, 2022 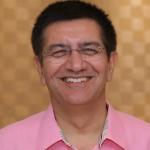 Early in his second term, Prime Minister Narendra Modi embarked on an ambitious vision for defense reforms. By creating the post of Chief of Defence Staff (CDS), whose first incumbent was the late General Bipin Rawat, the government is currently undertaking arguably the greatest post-independence transformation of the Indian military. Central to this initiative is the debate surrounding integration of the armed forces. Integration refers to the process by which the army, air force, and the navy discard their single service approach and embrace a joint vision. Such integration has occurred in most large militaries, such as the United States and China. A process as complex as this is bound to have its share of challenges. However, perhaps the most critical one relates to the challenge of India transitioning from a single service approach to a joint entity.

Modi’s decision to create a CDS has created significant change and generated debates within the Indian military. One of the more consequential debates pertains to the precise role of the CDS. In a December 2019 note, the government clearly indicated that the CDS will not exercise military command “so as to provide impartial advice to the political leadership.” This implied that the CDS would not be a part of the command chain. This chain, in any military hierarchy, flows from a battalion or its equivalent in the army, a squadron in the air force, or a ship in the navy, to the top echelon of the organization. In India, this culminates at the level of the chiefs of the three services. However, with the creation of integrated headquarters (which have representatives from all three services), as has been envisaged and announced, no single chief will be in a position to exercise command over them. And the CDS who represents all three services will not exercise military command over them. Within this organizational arrangement, how will military commanders interact with political decision makers?

The Indian military has been a relative latecomer to creating integrated military structures. There have been misgivings regarding entrusting command of all three services to a single individual—in this case, the CDS. Over the decades, this played a major part in not going in for the appointment despite repeated recommendations in its favor. By appointing the CDS, this government successfully overcame these objections. However, the operational role of a CDS remains unclear, with two major options available to the government to ensure clarity in this regard.

The first option is for the CDS to remain in an advisory role without being a part of the chain of command. In this case, the highest joint structure that gets created (the proposed joint theatre command) will report to the defense minister. This is, in some ways, how the political leadership in the United States interacts with the military, wherein the Chairman of the Joint Chiefs of Staff Committee (the CDS counterpart), only has a coordinating and advisory role.

The second option is to bring the CDS and the team of service chiefs within the chain of command to function as a collective command body, with the CDS as its head. This group, called the Chiefs of Staff Committee (COSC) in the Indian context, then becomes an intermediary between civilian leadership and subordinate military commanders. This will ensure the CDS has a clear mandate and is responsible for its execution. However, doing so runs contrary to the guidance issued by the government in December 2019 (which needs rectification).

A CDS-led empowered COSC would be better suited for India—at least in the immediate future—for two reasons. First, the ongoing process of integration would likely result in a period of dissonance prior to settling down, requiring greater oversight by a professional body than was the case in the past. Eventually, once the newly created integrated structures matured, one could consider granting a coordinating and advisory role to the CDS and COSC. Second, such a step-by-step approach would smoothen the transition, especially during a period when India faces serious challenges along the unresolved borders with Pakistan and China.

If a CDS-led COSC does take on command responsibilities, then it becomes even more important that the distinctiveness the services have maintained and zealously guarded over the years is better integrated. This operates at multiple levels, from the most fundamental at the level of the soldier to the operational domain. Differences among services commence with the educational levels of soldiers, sailors, and airmen being recruited. While soldiers in the army continue to be recruited after clearing Class 10 examination, sailors and airmen need to qualify Class 12, with mathematics and physics as their subjects. Such differences continue within the services as well. For instance, orders on ships are passed in English, including technical terms used to describe various actions. On the other hand, in the army, despite vast linguistic differences, Hindi is more commonly used when communicating with soldiers.

Additionally, over the years, each service has created its human resource parameters to suit their conditions. Air force fighter pilots retire at 54, naval officers at 56, and army officers at 54, with the provision for re-employment thereafter for four years. Naval officers who get promoted to the rank of captain (equivalent to colonel in the army) are automatically eligible for promotion to the next rank as commodores (equivalent to brigadiers in the army). However, this is not followed in the air force and the army. Annual confidential reports of all three services follow a different format and grading parameters. What is considered outstanding in one service may well lead to supersession in another, as the rating is likely to be viewed poorly.

While these and many more aspects can still be overcome through sustained effort, what really sets the services apart is their distinct service culture. While this is understandable and even desirable when related to specific responsibilities, it is most likely to become evident during military operations when cultural differences come to the forefront. A soldier who has operated in the grey zone of counterterrorism thinks and functions very differently from one who has followed the peacetime rule book, wherein, the black and white are clearly delineated. Over time, this becomes a character trait with officers as well, making officers from the three services look at operational, and by extension, routine peacetime situations very differently. This does not imply that structural integration, and more importantly, the meeting of hearts and minds is a lost cause. On the contrary, these challenges suggest that decision makers and especially the services need to take these aspects into account as they press on with the reforms.

With the creation of the CDS, India embarked upon a much-delayed process of integration of the armed forces and the defense establishment. The success of this initiative depends, to a large extent, on clarifying the mandate of the CDS and the ability of the military to set aside its service-specific perspectives and define a singular approach to its professional responsibilities. Politicians need to imagine the appointment of the CDS, and other associated reforms, as the first step toward military transformation, not an end. That, above all else, is perhaps the greatest takeaway from this process.

Colonel Vivek Chadha (Retd) is a Research Fellow at the Manohar Parrikar Institute for Defence Studies and Analyses and the author of CDS and Beyond: Integration of the Indian Armed Forces (Knowledge World Publishers, New Delhi, 2021).

This article is the first in a two-part guest-edited IiT series. The articles in this series seek to make sense of the changing dynamics of India’s security and foreign policies. On August 15, 2019, soon after returning to power, Prime Minister Narendra Modi announced his decision to create a Chief of Defence Staff (CDS) with an explicit mandate to carry out much needed defense reforms. This fulfilled a long-pending demand from military reformists and initiated the process for perhaps the most significant post-independence defense reforms. However, despite some progress, as highlighted by author Colonel Vivek Chadha, “the operational role of a CDS remains unclear.” For this initiative to succeed, he contends that “politicians need to imagine the appointment of a CDS, and other associated reforms, as the first step toward military transformation, and not an end.”