"Kaiga Incident: Wake Up Call or Tempest in Teapot?" The Hindu. December 3, 2009

Press Release: Joint Statement by Department of Atomic Energy and Defence Research and Development Organisation. May 17, 1998 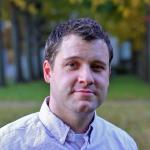 We are just weeks beyond the fifteenth anniversary of the 1998 nuclear tests, and less than a year from the fortieth anniversary of India’s 1974 “peaceful nuclear experiment.” India is justly proud of what its nuclear scientists have accomplished. In the face of an international regime to slow their progress, Indian scientists, engineers, and even bureaucrats and politicians collaborated to find a way to build an increasingly diverse nuclear energy infrastructure and the ability to produce nuclear weapons. To overcome these obstacles, India built a closed, close-knit nuclear enclave. Now that it has done so, will that establishment open up?

Fifteen years after Pokhran-II, it is possible the world knows less about India’s nuclear weapons program than any other nuclear state except North Korea. This is not proud company for the world’s largest democracy to share. The Indian public has settled mostly for quiescence about the program, punctuated by a handful of commentators eager to cheerlead the program’s accomplishments. This lack of inquiry could be unfortunate. Closed organizations develop pathologies that are often harmful to the broader public interest. They sometimes accept decrements in safety to achieve other organizational goals. Whether India’s nuclear stewards have avoided dangerous practices is unclear based on the scant public record.

The Indian government has only shown the barest of glimpses of what steps it believes are necessary to ensure deterrence while maximizing safety. By far, the most information we have on the topic comes from a one-page press release issued in 2003. Ten years is a long time to go without additional public comment by India’s political leaders, particularly since there are signs of major developments in the nuclear program during that time. Former foreign secretary Shyam Saran did reveal a bit more in a speech he gave in New Delhi in April, where he announced the existence of a Strategy Programme Staff to support the Nuclear Command Authority and a Strategic Armament Safety Authority to review storage and transport procedures for nuclear weapons.

Other than the existence of a body charged with safety, there is much that is not known.  There are isolated, anecdotal reports that the Department of Atomic Energy and the Defence Research and Development Organisation have personnel screening programs to prevent potentially dangerous individuals from access to nuclear materials, but no information on the program has been offered in the public domain. Nor is there information on whether the Indian armed forces have a similar program.

This is not just an academic concern. India’s armed forces are not immune to mental illness, suffering a little over 100 suicides within their ranks each year. Nor are they immune from violent insubordination, as separate episodes with Army units at Samba and Nyoma in 2012 demonstrate. Nor is the Atomic Energy establishment invulnerable to bad actors. After an episode in which someone spiked drinking water at the Kaiga Atomic Power Station with tritium, one nuclear power official told The Hindu, “Scrutiny of staff is totally missing in our power stations.” There appears to be more screening for those working on nuclear weapons issues, but what that scrutiny entails is not clear. It is worth emphasizing that, as far as is known in public, no individual has been held accountable for the Kaiga episode. Elsewhere, DRDO’s record is not without blemishes. We still know very little about how one of its junior researchers was arrested in a terror plot despite having passed his background checks. The National Investigative Agency has recently dropped charges against the researcher, but the episode is still troubling.

Fears that personnel screening programs are insufficient have led most nuclear weapons states, including Pakistan, to develop some sort of “permissive action links” that prevent nuclear weapons from being launched or detonated absent a code available only after authorization of political leaders. Does India have permissive action links? Again, we do not know. If India has them, are they robust and tamper-resistant? Absent a cryptic reference in a 1998 press release to “safety interlocks,” there is no public information. Vice Admiral Verghese Koithara, in his 2012 study of India’s nuclear arsenal, concluded the National Command Authority had a “lack of confidence” in its ability to exercise control over nuclear weapons through electronic means, suggesting that permissive action links are absent or rudimentary.

A decade ago, if you had asked scholars studying India’s nuclear program, they would have told you permissive action links were important, but not necessary in the Indian case. India was believed to store its nuclear weapons in a partially-disassembled, de-mated state that made the weapons immune to unauthorized launch during peacetime. However, without any public justification, this appears to have changed. Bharat Karnad reported in his 2008 study of the program that part of the arsenal was kept mated in peacetime. DRDO head Avinash Chander said something consistent with Karnad’s claim when he stated earlier this month, “In the second strike capability, the most important thing is how fast we can react. We are working on cannisterised systems that can launch from anywhere at anytime…. We are making missiles so response can be within minutes.” Cannestirized systems, where the missile is stored in a sealed tube, seem to imply warhead mating and assembly is done long before launch, meaning old safeguards relying on the physical separation of warhead components have been discarded. If India has decided to keep missiles mated in peacetime, the presence of tamper-proof permissive action links and trustworthy personnel reliability programs is no longer preferable, but essential to avoid unauthorized launches.

The advantages of faster response are not as clear-cut as Chander indicates. Would China or Pakistan be willing to absorb millions of casualties if India retaliates within hours, but if India retaliates within minutes, rulers in Beijing and Islamabad will decide to avoid nuclear cataclysm? Moreover, speed can lead to accidents and mistakes, so heightened readiness is not cost-free. With that said, a posture where warheads are mated and assembled in peacetime is the norm among nuclear weapons states. Pakistan appears to be shifting toward greater peacetime readiness as well, despite its initial position of a more “recessed” deterrent.

The U.S. deterrent posture has its flaws, in particular, a reluctance to reduce weapons to appropriate numbers for the post-Cold War world. But it does provide a model in some ways. The United States has published in detail the technical safeguards that prevent inadvertent launches or costly accidents, as well as the procedural steps it takes to prevent dangerous individuals from having access to nuclear materials. Importantly, when mistakes happen, punishment is swift and severe.

All individuals and organizations are fallible, and the U.S. model also shows the importance of constant scrutiny and oversight. The established nuclear powers, including the U.S., have a disturbing record of nuclear accidents. As recently as 2007, the U.S. Air Force inadvertently transported six nuclear warheads, believing them to be conventional munitions. Seemingly innocuous, the episode was serious: if the bomber transporting the weapons had experienced problems in flight, the crew would not have known to handle the weapons with extra care. On the ground, the weapons were not secured properly. That episode is also instructive because reports of its occurrence became public within days of the incident. Personnel at all levels were disciplined. Eventually, the episode contributed to the resignations of the senior-most civilian and military U.S. Air Force officials. Imagine if a similar episode were to occur in India. Who would know? Would anyone be disciplined? Would investigations into the mistake be undertaken? Would lessons be learned?

As India’s nuclear weapons status achieves greater acceptance in the international community, it can afford to be transparent about the steps it takes to prioritize safety. The open question is whether it will do so or fall back on old habits of secrecy.

Christopher Clary is a Ph.D. candidate in political science at the Massachusetts Institute of Technology and a Stanton Nuclear Security Pre-doctoral Fellow at the RAND Corporation. He can be reached at clary@mit.edu