Reservations and the Dalits at the Crossroads 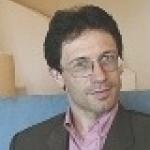 India's Dalits (the former "untouchables") have risen considerably since Independence. The country has had Dalit chief ministers (such as Mayawati), Dalit ministers in the central government (beginning with Ambedkar as early as 1947), Dalit party presidents (like Bangaru Laxman of the Bharatiya Janata Party and Jagjivan Ram of the Congress), and one Dalit President of the Republic (K.R. Narayanan). Last year for the first time a Dalit (K.G. Balakrishnan) became Chief Justice of the Supreme Court. This is all the more remarkable as the judiciary is one of the few Indian institutions without an affirmative action policy. Recently, Dalits have also acquired new positions of power in the university system, with S.K. Thorat at the helm of the University Grant Commission, and Narendra Jhadav as the vice chancellor of the University of Pune. This is a remarkable achievement that requires an explanation.

The emergence of some elite groups among the Dalits of India is primarily due to positive discrimination programs that have reserved a percentage of government jobs for Dalits (as well as Scheduled Tribes) since Independence. This is obvious in the case of the administrative and intellectual elites, but to some extent it is also true of the political elites. For instance, Kanchi Ram (the late founder and ideologue of the pro-Dalit Bahujan Samaj Party) was a beneficiary of the reservation system as a civil servant before turning to politics, and former President K.R. Narayanan was a member of the Indian Foreign Service before joining the Congress. The creation of such elite groups is precisely the first avocation of positive discrimination programs. Such programs are not aimed at developing a mass effect but to help the tiny "creamy layer," consisting of the wealthiest and best educated members of the target group. Quotas, which reserve fifteen percent of central government jobs for Dalits, remained unfulfilled for decades in the upper classes of the administration, allegedly due to an insufficient number of qualified candidates. Since the 1980s, however, quotas are gradually being filled in the top three categories of the administration, as evident in Table 1.

Table 1: The Representation of Dalits in the Central Bureaucracy

This system of reservations has been extended over the course of time, such as the extension of reservations for promotions. Most recently, the Constitution of India has been amended three times in this respect.

If the reservations are to continue to sustain the rise of the Dalits, however, they will have to address three issues. Since quotas have only been observed in the public sector, Dalits have tended to become state-oriented and have turned their back on the private sector, where they could have instead shown some of their entrepreneurial skills (in the leather industry, for instance, which is the traditional occupation of the Chamar caste). This is all the more problematic as the number of employees in the private sector has expanded since the process of liberalization was initiated in 1991, whereas the public sector has shrunk. In 2002, the latter employed 18.2 million persons, against 19.5 million in 1995. During the same period, the private sector has slightly increased from 8.1 million people in 1995 to 8.4 million in 2002. This is only the beginning of a new trend that foreign direct investment will reinforce in both industry and the services.

The policy of positive discrimination, therefore, must target the corporate sector if it is to retain some meaning. Prime Minister Manmohan Singh has said so more than once.

Two strategies may be adopted in this domain. The first one is the introduction of quotas in the different categories of personnel, transposing the pattern at work in the public sector to the private sector. The second strategy would be the state's purchase of a certain percentage of products and services from firms owned by Dalits. That was one of the items of the Dalit Agenda that Digvijay Singh, the then chief Minister of Madhya Pradesh, started to implement in 2000. Such a policy, aiming to stimulate the sense of entrepreneurship among Dalits, directly draws its inspiration from similar American initiatives. But will the Indian capitalists, who are so fond of the United States these days, look at this component of their model as "relevant for India"?

The second problem posed by the reservation policies can be captured by one word: co-option. As mentioned above, these policies aim at generating elite groups; as a result, they are very vulnerable to the strategies of dominant groups, which can deprive the Dalits of their leaders by offering lucrative and prestigious posts in the establishment. This mechanism has been observed for decades in the political domain where the ruling party, the Congress, minimised the competition coming from Dalit parties by attracting the leaders of the latter in its rank. In the early 1970s, Indira Gandhi seduced B.P. Maurya, the most important leader of the pro-Dalit Republican Party of India, this way by promising him a ministerial portfolio. In one go, the Republican Party lost its momentum in Uttar Pradesh, the state where it had made its maximum gains in the 1960s. When the elite are tiny, such things can happen. And generating a tiny elite is in the nature of the positive discrimination programs.

The third issue concerns the ambivalent relationship that the beneficiaries of the reservations entertain with their caste fellow. The reservation programs enable Indians of lower castes to join the privileged classes at university and in the administration. Their lifestyle changes- not only in terms of material gains, but also in terms of values. They tend to be cut off from their original milieu; moreover, successful Dalit men tend to marry upper-caste women. Today, some Dalits who behave this way are no longer ashamed of their attitude. Instead, they argue that by their personal ways and means, they prove that a Dalit can be like any upper-caste individual. While that may be a great achievement, severing links with their caste may deprive them of any substantial leadership.

This last issue pertains to the notion of the "creamy layer." Today, quotas are cornered by those Dalits whose father and/or mother have already benefited from positive discrimination policies. These Dalits often come from one special jati, or subcaste, in a given region. In Uttar Pradesh, the Jatavs are in the forefront; in Maharashtra, the Mahars play a similar role. Such a situation tends to defeat an important part of the whole purpose of quotas, since it prevents other Dalit jatis from gaining substantial access to the reservations. Bhangis and Khatiks in Uttar Pradesh, Mangs and Chambhars in Maharashtra remain massively under-represented in the state apparatus. In February, the Supreme Court suggested excluding the "creamy layer" of Dalits from the quotas. The whole political class objected to this move. However, to be fair to the non-elite Dalit groups, special provisions will eventually have to evolve.