PM’s address at the 150th Anniversary of University of Mumbai (Press Information Bureau, Government of India)

"Online Universities: It's Time for Teachers to Join the Revolution," Anant Agarwal. The Guardian. June 15, 2013

"Age, Gender, Ethnicity and the Digital Divide: University Students’ Use of Web Based Instruction," Zeev Soker. Electronic Journal of Sociology (2005)

"This Holiday Season, Learn on the Go with the New Coursera App for iOS!" (Coursera Blog)

Can MOOCs Help Expand Access to Higher Education in India? 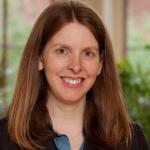 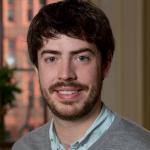 India is facing major challenges in higher education. In 2007, Prime Minister Singh noted that in almost half of India’s districts, higher education enrollments were “abysmally low” and that two-thirds of Indian universities and 90 percent of Indian colleges were rated as below average on quality parameters. Unsurprisingly, in the face of the state failure to meet educational demands, higher education is becoming increasingly privatized with Indian elites and portions of the middle class leaving public institutions for private institutions both within India and abroad.  This flight from public institutions further weakens the capacity of the state to meet the educational needs of the population, perpetuating the problem. Unfortunately, the private institutions tend to be confined to narrow professional tracks and are often plagued both by weak internal governance and state regulation.

Massive Open Online Courses (MOOCs) may be one potential solution, not to overcome India’s higher education challenges entirely, but to help alleviate some of the country’s access and quality issues in higher education. MOOCs have attracted international media attention over the last two years. Some of the leading universities from around the world have partnered with MOOC providers, such as Coursera and EdX, to deliver high-quality online courses for free to millions of students around the world.

Proponents of MOOCs talk about a potential revolution in education access that will make the highest quality education available to everyone regardless of social, economic, or national background. However, others caution that MOOCs will undermine local higher education institutions and exacerbate educational inequality by allowing the privileged elite access to personalized education in physical universities while the vast majority is confined to virtual education, which might lower cost but also lower quality.

In order to understand the potential implications of MOOCs for higher education in India and to consider how MOOCs may lead to effective and equitable outcomes, we need to better understand MOOC participants. To address this problem, the University of Pennsylvania conducted a survey of all students who had ever enrolled in one of their MOOCs offered in partnership with Coursera, the world’s largest MOOC provider. The survey was conducted in July 2013 and, at the time, Penn had offered thirty-two courses to over 800,000 students.

Indian students comprise the second largest group taking MOOCs offered by Coursera (about 10 percent), after students from the United States. A geospatial analysis of these users, based on their IP addresses, indicates the vast majority of these users are concentrated in India’s urban areas, with 61 percent of users located in one of the five largest cities in India and an additional 16 percent of users in the next five largest cities. Mumbai and Bangalore have the largest concentrations of users, each accounting for 18 percent of Coursera students in India.

Results from the survey, which included responses from about two thousand students, suggest that Indians taking MOOCs are generally young, male, and well educated, with about two-thirds under the age of thirty, and more than three-fourths male and with a college degree. While some of those with college degrees are students pursuing post-graduate studies, the majority are employed full time (the remainder are either self-employed or working part-time). This user base is unsurprising and similar to early adopters of cell phone, new media, and other technologies.

The survey indicates that business, economics, and social science courses are the most popular courses followed by science and math, humanities, and public health. The fact that Indians are the second highest users of MOOCs indicates the country’s vast unmet demand for quality higher education. However, for MOOCs to provide a viable and equitable path toward addressing some of India’s higher education challenges, several things need to happen.

First, the technological infrastructure, including computers, mobile devices, and high-speed Internet needs to be further developed to provide access for greater of segments of the Indian population to online education. As long as technological barriers remain pervasive, only the privileged few will have access to these education options, further exacerbating the inequality of educational opportunity in India.

MOOC providers need to leverage the mobile phone revolution in India, with its low financial costs and widespread coverage and ownership. In December 2013, Coursera released a mobile app that allows users to browse for and enroll in courses, watch lectures, and complete quizzes all from a mobile device. While some functionality, like posting on forums and completing non-quiz assignments, is not yet available through the mobile app, this is a major step forward for MOOC access in places like India where broadband coverage is still very limited. MOOC providers may face greater challenges in going mobile than the banking industry did because their video content, quizzes, and assignments require the use of a smartphone, whereas some mobile banking can be carried out using SMS services. However, smart phone and tablet access in India is expanding along with 3G and 4G Internet access, and as prices drop, this is likely to accelerate.

Second, most MOOCs are very challenging and demanding courses, offered by some of the best universities in the world, for which most prospective students are not prepared. In addition to offering traditional university-level content, MOOC providers should offer more pre-university level courses that can supplement primary and secondary education. Furthermore, there is a large demand in India for technical certifications that prepare students for professional placement in high-skill fields. MOOCs geared toward these constituencies may be able to help ease the burden on the institutions that already offer these certifications and help build a more diverse and competitive technical certification industry. Educational demands in India are incredibly diverse and MOOC providers should be thinking creatively about how to meet these demands. MOOC providers can help by diversifying their approach to meet the disparate educational demands in India.

Lastly, to understand and meet these educational demands, MOOC providers need to invest in India. Indians are the second largest MOOC student population despite the fact that Coursera, the largest provider of MOOCs, has not partnered with any Indian institutions to offer courses and does not offer any Indian-language courses. EdX, another major MOOC provider, has partnered with the Indian Institute of Technology, Bombay, but there is much room to grow. Given the massive supply-demand imbalance in affordable quality higher education in India, the country is ideally placed for the growth of MOOC technology. Indian institutions should be active participants in designing and providing Indian-language content on topics of particular interest to Indian students from all backgrounds.

The expansion of MOOC access to larger numbers of Indian students will not solve the fundamental inadequacies of Indian higher education. However, as recent history has shown us, new technologies have the potential to spread quickly through India with great disruptive potential. MOOCs can provide high-quality course content to huge numbers of students at little cost to the students themselves.

If the technological, educational, and cultural hurdles restricting access to these courses can be overcome, tens of millions of Indians can have better access to quality higher education, dramatically changing higher education in India and the world.

Gayle Christensen is the Executive Director for Global Initiatives in the Office of the Provost at the University of Pennsylvania.

Brandon Alcorn is the Project Manager for Global Initiatives in the Office of the Provost at the University of Pennsylvania.