India as a Great Power: Potential Versus Reality 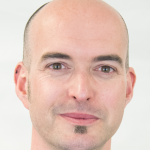 In recent decades, India has been slowly climbing up the international hierarchy, increasing its global influence en route to emerging as one of the system’s premier great powers. Along with China’s spectacular rise over the last four decades, India’s own remarkable rise further encapsulates the current global shift of economic power from Europe and North America to Asia. Together, these trends herald the true beginning of the Asian Century, whereby big Asia powers will gain the capability to dominate, dictate, and ultimately define the contours of international affairs.

Despite being ascendant, India, however, often seems to be suffering from a perceptual gulf, whereby the country’s future potential frequently appears at odds with its current reality. Although ranking highly on many of the key measures held to be pivotal to the realization of a great power role, the wider conception of India’s international stature seems to be debased by domestic factors.

Driving India’s ascent in contemporary global politics has been its burgeoning economic success. Averaging a much-admired average growth rate of 6.5 percent per year since 1990, this sustained expansion has allowed India to overtake a range of established major economies in the last decade including Japan, Germany, and Russia. With a GDP (PPP) of $10.5 billion in 2018, India is now the world’s third largest economy after China and the US, with many longer-term prognoses projecting it to become the world’s second largest economy within the next twenty years.

Undercutting this trajectory are major concerns regarding the existing capacity and ability of the Indian state to fully harness the country’s total economic potential. Currently, the country’s infrastructure is not able to sufficiently support India’s energy, trade, and business needs, which is affecting domestic production, as well impacting upon foreign direct investment. Tax collection is very low, with only around 3 percent of the population paying any taxes at all, while job creation has not been able to keep up with the one million new people entering the workforce each month.

On other great power measures, India is a large and expanding military power, whose spending amounted to $66.5 billion in 2018, placing it fifth globally after the US, China, Saudi Arabia, and Russia. As the world’s largest arms importer for virtually every year out of the last three decades, and with major arms deals and purchases penciled in across the next decade, analysts commonly project that India will rank third militarily in the world by 2030. Such capabilities are enabling an ever-greater strategic reach in terms of the country’s energy security and trade security needs.

While these resources are expanding, with India having one of the world’s largest standing armies, they are mostly used for internal security concerns to counteract separatist movements in Jammu and Kashmir, Assam, Meghalaya, and Manipur. Such deployments underline the major territorial threats India faces, with 84,000 square kilometres of Arunachal Pradesh and 38,000 square kilometres of Aksai Chin being contested by China, while Pakistan and China maintain claims on 222,000 square kilometres of Jammu and Kashmir. Together, these claims represent over 11 percent of India’s landmass, while separatism, insurgency, and communal violence have resulted in the deaths of 65,500 citizens, security personnel, and terrorists / separatists between 1994 and 2015.

Both India’s economic and military power are further amplified by factors such as the size of a country’s population (second globally, and set to be the biggest by 2030) and territory (the seventh largest globally), which underscore its potential to maintain and improve its current global ranking. In particular, concerning demographics, India’s population is far younger than either the US’s or China’s (and indeed the European Union’s) pointing to a potentially larger workforce with which to sustain its upward trajectory for decades to come, and hence, its economic and military prowess.

Such demographic strengths suffer, however, from underdeveloped resources with which to fully harness their potential, with education and health provision all being too weak to fully enable the prospective gains of such a large and youthful population. In the longer term, India will also need to have an enhanced housing and pensions system to cater for its elderly population. In turn, although India is the world’s largest democracy (with an electorate of 900 million in 2019), the state does not appropriately defend minority, caste, and women’s rights, and has under-functioning institutions undercut by human rights abuses, corruption, and a reduced adherence to secularism.

Beyond the material realm, India also possesses enviable major soft power repositories in the form of Bollywood, Indian cuisine, cricket, and its claims as the birthplace of yoga (to name but a few). As an increasingly recognized global brand, this again places the country in the upper echelons of world power that is potentially akin in the longer run to the US and China. More negatively, however, all the factors affecting the country’s economy, territory, and population also serve to regularly debase these positives by questioning India as an aspirational global role model.

Although situated very highly across a number of key factors associated with being a great power, India continues to appear to be punching under its weight, and looking like a great power but not acting as one. Thus, economically, the country is not yet a major pivot upon which the world relies, currently ranking as only the world’s nineteenth largest exporter and eleventh highest importer. Militarily, and not withstanding consistently its high contributions to United Nations peacekeeping operations (usually the world’s third or fourth highest), it lacks the ability or volition to project this power in the interests of international security and is hamstrung by domestic security concerns. On both these measures, India cannot yet convert these strengths into significant diplomatic tools.

Flowing from these observations, and more broadly, although India’s importance as a rising power is accepted by other leading powers, its actual great power status is not sufficiently believed. With peer recognition being critical to countries becoming great powers, this perception appears to be surmounting India’s clear material capabilities and potential. It is also outweighing the strong domestic—and evermore nationalist-fueled—belief that India is a country of great power standing. Not having a permanent veto seat on the United Nations Security Council appears to be the best example in this regard, whereby India’s latent strength is not yet formally consecrated by others.

More pragmatic voices in India maintain that it is just a matter of time before this perceptual gulf is overcome, and that observers possibly expect too much from an India that is still a developing country. Others note that perhaps the measurement of great power itself is outdated and that very large countries in (unsettled) neighborhoods such as India can or will never be as outward looking and proactive as other great powers have historically been, such as the US, Russia, or Great Britain.

China provides a clear example for India. Even though it has faced—and continues to face—many similar issues (a transitioning economy, territorial problems in Xinjiang and Tibet, and major internal security issues), China has been able to sufficiently overcome them to now occupy a critical place in the strategic thinking of others. It is also a very large country in an—at times—unstable neighborhood, with a highly nationalistic set of leaders. A key divergence does however occur politically, with China’s authoritarian one-party state giving the leaders of the Chinese Communist Party a clear advantage over democratic India in terms of quickly enacting and ensuring major policy changes. That stated, this difference does not much alter their mutual trajectories but is more crucial in terms of their rate of acceleration towards becoming great powers, with India appearing to be decades behind China.

Regardless, as India’s largely benign rise continues, perhaps greater domestic patience and greater international accommodation are needed in order to better appreciate the challenges and issues that will mark it out as a twenty-first century great power. Facing the challenges that it does, such political space and accommodation will be to both India’s and the wider system’s advantage.

Chris Ogden is a Senior Lecturer / Associate Professor in Asian Security at the School of International Affairs, University of St. Andrews.