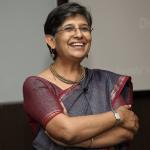 The history of modern science in India has too often been written about as a nationalist tale; sometimes heroic, sometimes not, with the scientist working with and within the massive energies released by the moment of India’s independence in 1947. The conceptual shift that has taken place in the last two decades, on the other hand, analyzes the ambiguities that lie at the heart of doing science within postcolonial India: demonstrating that modern science, although central to India’s self image, is always defined by a center that is located in the West. Thus, the terms “national,” “colonial,” and “postcolonial” continue to have a hold over the critical scholarship about science. It can be argued that such terms do not allow us to explore the complex, and distinctive nature of internationalism and its relationship to Indian science. A few historical examples compel us to reflect on the need to reconceptualize the relationship between science and internationalism.

On October 17, 1945, just a few days before the formal founding of the United Nations and a little over two months after the destruction of Hiroshima, Sir Shanti Swarup Bhatnagar, Director of the newly set up Council for Scientific and Industrial Research of India, gave a talk titled “My Utopia” on All India Radio, New Delhi. Like many liberals of his time, Bhatnagar used a beneficial model of science where scientific research was directly responsible for the “abolition of poverty and disease.” Science held out the promise of social benefits against the disorderly world created by politics and religion. Since perfect social order was an almost unachievable ideal, Bhatnagar pointed to ways in which science could translate this ideal into reality. Bhatnagar’s utopia was of course structured by his understanding of contemporary politics, and a chaos one found in the world could only be re-organized by science which was capable of overcoming natural and manmade boundaries and integrating and unifying the world.

The scientist’s utopia, Bhatnagar stressed, was “One World”: a world that was not divided by power and secrecy, a messageespecially significant in the context of the Cold War. The secrets of atomic energy, he argued, should not become a privilege of the U.S., Canada, and England. Bhatnagar’s speech should be understood within its particular historical context. It would be wrong to take a presentist view and understand it as articulating India’s desire to become part of the exclusive atomic club. Indeed in 1945, this was hardly a possibility. Bhatnagar evoked instead the friendship between scientists across geopolitical territories and appealed for openness in scientific discussions. For Bhatnagar, the scientist’s world resembled a laboratory with permeable walls. The annihilation of space and time were as much a scientific responsibility as a political duty.

While scholars have looked at scientific internationalism emerging from U.S. foreign policy as a post-war phenomenon or as constituting a part of the ambitions of Big Science, one area that has only recently been pointed out as significant to India’s Atomic Energy establishment is the networking with an international community of scientists. Such a network also helped build basic research within scientific institutions in India. However, as an endeavour, science was always perceived as universal, addressing a global audience, and therefore, nurturing something more than “Indianness” –something that enabled conversations across national, geographical, and ethnic boundaries. This aspiration raises interesting questions about the nature of the scientific enterprise itself. If the scientist’s utopia was literally what its name implied, i.e., “no country,” then how could an Indian or English or American scientist belong to this utopia and still retain their national identity? How were these two divergent self-images integrated as one? Did such attempts at integration affect the way science was conceptualized as an enterprise within India? On the eve of Indian independence, such questions surfaced in different guises. The physicist, Homi Bhabha, who shared Bhatnagar’s ideals of universality for science, promoted the notion of a scientist that transcended the narrow boundaries of territoriality.

Writing to Maulana Azad, the Education Minister in 1947, Homi Bhabha had elucidated why it was important for India to cultivate and adopt broader definitions of citizenship with respect to science as well as the arts. In sharp contrast to a narrow cultural nationalism, Bhabha embraced a liberal nationalism that was characterized by a respect for plurality and individualism. Within such a framework, the scientific institution was one which was distinguished by its openness.

In the early years of independence, the international dimensions of Indian science were present not only in its aspiration but in its way of being. At the Tata Institute of Fundamental Research (TIFR), which Bhabha founded in 1945, he attempted a redefinition of space for science. TIFR was an unusual experiment in institution-building which did not adhere to the norms that the colonial pattern of building university science departments followed. This experiment revealed an interesting relationship between internationalism and science. At TIFR, a remarkable dynamic was brought into play between the energies and constraints of nation-building and a scientific internationalism. Together, they directed the recharacterization of Bhabha’s institutional space as an unfettered space, free of national boundaries. Quite early in the conceptualization of his institution, Bhabha persuaded the Council to agree to hiring scientists of reputation who would train the young scientists and inculcate in them a taste for science.

Many of the international scientists whom Bhabha invited were victims of political upheavals in their own countries. Thus, in 1948 when the civil war in China had intensified, Bhabha and the mathematician D.D. Kosambi invited the Chinese mathematician S.S. Chern along with the Chinese colleagues to move to Bombay and continue his mathematical work. Chern had, however, already accepted a position at the Institute for Advanced Study at Princeton but he was moved by the spirit of the invitation.

Another such invitee was the Cosmic Ray Physicist Bernard Peters (1910-1992). After escaping from Nazi Germany, Peters had started his scientific career as Oppenheimer’s student at the University of California, Berkeley and had later joined the University of Rochester. In 1949, Oppenheimer’s testimony in the House Un-American Activities Committee had labelled Peters as “a dangerous man and quite Red” – although Oppenheimer did try to undo the damage later, his statement had serious repercussions for Peters. Peters joined TIFR as Professor of Experimental Physics in 1951. He stayed there for eight years and directed the balloon flights program that achieved several breakthroughs in elementary particle physics along with his group of young Indian scientists which included Yash Pal and Devendra Lal. Every year, Bhabha’s Institute was home to several international scientists and mathematicians. Bhabha considered this essential for training scientists. As he had said in 1954, Fundamental research thrives best in an atmosphere that is free, permitting an unrestricted exchange of ideas; "An institution for fundamental research should be open to all scientists of eminence, whatever the country to which they belong."

The international bonds that Bhabha forged on behalf of his Institute resonated not only in its scientific activities but also in the cultural milieu that he created at TIFR. Together, they conferred on his institution a robustness and strength that we would fail to appreciate if we saw these incidents as driven by residual colonial consciousness that lacked in self-confidence and constantly sought western scientific approval.

At TIFR, Bhabha successfully negotiated the imperatives of nation-building by keeping the doors of his laboratory open so that generations of Indian scientists and scientific workers could be trained by American, European, British, and Japanese scientists and mathematicians. These networks operated not only at the more advanced level through collaborative projects involving several countries, international conferences and seminar series for Ph.D. students, but also included technical training workshops for the subalterns of such scientific establishments: scientific and laboratory assistants. The Institute thus became a terrain that, though geographically situated within India, was actually in “no country” – a territory without national frontiers. Denizens of such a terrain would not require a singular political identity and were free in their scientific practice. This was not the case in the Atomic Energy Establishment, Trombay (AEET) which which provided the major funding for TIFR; at AEET science had to serve the nation. The internationalism that Bhabha sought to nurture at TIFR at times drifted into other arenas of nation-building and the politics that flowed out of such interactions was often at odds with nationalist politics. Thus when the British physicist P.M.S. Blackett, a consultant to Nehru, became involved with questions of India’s defense strategy, the relationship between internationalism and nationalist politics became a fraught one.

Indira Chowdhury is a Scholar-in-Residence at the Srishti School of Art, Design and Technology, Bangalore. She is a CASI-New India Foundation Spring 2011 Visiting Scholar. Email: indira.chowdhury@archindia.org