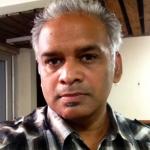 The Ministry of Water Resources recently prepared a cabinet note about creating a permanent tribunal for interstate river water disputes (IWD) resolution in pursuance of a proposal to the effect in the national draft water policy of 2012.  As reports go, the government is concerned about long delays in dispute resolution and the tendency of States to approach the Supreme Court for redressal of recurring disputes. Setting up a permanent space for adjudication may be helpful, but certainly not adequate. The approach appears ill informed; a case where the prescription may be right, but the prognosis and the diagnosis appear misplaced. Thus, it casts doubts about how the solution will fare in the future. The doubts stem from two key concerns. One, the preferred approach for IWD resolution is to avoid litigation. This is the basic premise of the guiding legislation – the Interstate River Water Disputes Act 1956 (IRWDA). A permanent tribunal may lead to extended litigation in spite of time frame restrictions. Two, there is complete obliviousness to the possibility that the IWDs are often symptoms of larger interstate relations and have crucial implications for the (re)making of federal democracy. Design of IWD resolution mechanisms has to be conscious of these implications in the changing context of Centre-State and State-State relations.

The characteristics of changing interstate relations in the context of IWDs are as follows: The dispute over Krishna River waters is the first to have had two tribunals adjudicating it in independent India – thirty years apart – first in the 1970s and then in the recent 2000s. The second tribunal’s award in 2010 offers illuminating insights. The tribunal recorded its high appreciation for the spirit of cooperation among party States during the first tribunal proceedings, but grievously lamented an absolute lack of the same during the proceedings of its own. The tribunal said that none of the States wanted to cooperate or commit for negotiations even on those issues with clear potential for mutual agreement. Those involved in the adjudication process, including lawyers and technocrats, observed that political leaders no longer consider it prudent to commit or agree on interstate water matters for fear of opposing parties accusing them of compromising their State’s interests. They would rather take that advantage by putting up a fight, defying orders, and engaging in extended litigations. These tendencies pervade not just the adjudication process, but also the compliance with tribunal awards. Noncompliance of tribunal awards by States is the critical weak link in dispute resolution, which may persist even when permanent tribunal exists.

IWDs are no longer about contestations for water allocations. Rather, these have become highly politicized avenues for populist and vote bank politics. The Cauvery dispute exemplifies how political parties piggyback on IWDs to pursue their own political objectives. The dispute has remained not just in the closed domains of courts and tribunals, but more often fought in public platforms. Escalated as a conflict between Tamil and Kannadiga identities and interests, the dispute has led to frequent instances of civic unrest. Political parties in both States regularly publicize their positions, project perceived prejudices and appeal to sub-nationalist political imaginations. These politics shape the outcomes of disputes and vice-versa. A consequence of these politics is: political configurations – party affiliations at the Centre and the party States – significantly impact the manner in which IWDs emerge, recur, or defuse. Furthermore, increasingly assertive regional powers, polarized sub-regional interests, and growing competitive interests among States are other propelling factors of these politics. The politics often lead to constitutional and governance crises such as Karnataka’s ordinance defying tribunal order in 1991 or Punjab’s unilateral decision to annul of water sharing agreements with Haryana in 2004.

These politics thrive on a range of legal ambiguities and inadequacies, an outcome of the evolution of historical conditions of IWD resolution mechanisms. The existing mechanisms go back to the exceptionalism attached to interprovincial water disputes under the colonial rule. The 1934 constitutional reforms committee recommended excluding interprovincial water disputes from the Federal Court’s jurisdiction. Its rationale was based on the history of unsatisfactory outcomes of water disputes through procedures of a court. But it could, as well, be a technology of the imperial state to perpetuate its power. The committee recommended leaving dispute resolution to discretionary powers of the Governor-General and made it applicable to disputes between British India provinces and Princely States as well. This exclusion of IWDs from Federal Court’s jurisdiction remained the feature in both the Government of India Act 1935 and the Draft Constitution. The Constituent Assembly felt the need to rethink these measures and deferred the responsibility to the Parliament under Article 262 of the constitution. It also provided for exclusion of the Supreme Court’s jurisdiction over the disputes. Later, the Parliament legislated the IRWDA in compliance with the article.

The IRWDA provides for setting up a one-time ad-hoc tribunal for IWD adjudication. The Act also bars the Supreme Court’s jurisdiction and endows the tribunal’s decision with the force of a Supreme Court decree. The lawmakers chose the route of an ad-hoc tribunal outside Supreme Court jurisdiction with two precise objectives in mind: (a) avoid adversarial and litigatory proceedings between States, for such processes would cause inordinate delays; (b) ensure expeditiousness and finality through a discretionary and deliberative process.

A permanent tribunal contradicts this intent by providing a permanent space for litigation. The time frame restrictions may not help much. Consider the experience of the Cauvery Tribunal which took seventeen years to give its final award in 2007. Even after it gave the award, the dispute is, by no means, considered as resolved. In its recent recurrence in 2012, the dispute escalated to a point where the Supreme Court had to oversee water sharing on a daily basis, leaving much rancor and dissatisfaction in both States of Karnataka and Tamil Nadu. The two States continue to squabble over an acceptable implementation mechanism. Implementation also suffers from a combination of the unavailability of workable mechanisms and legal ambiguities. It is not entirely clear if a tribunal can recommend implementation mechanisms. On the other hand, due to the bar on its jurisdiction, the Supreme Court cannot engage with disputes beyond providing effect to tribunal awards. States fail to comply with awards, especially when the monsoon fails for the said political compulsions.

In this changing context of IWD politics, relying entirely on legal remedies, like permanent tribunal, has the danger of leading to contradictory outcomes such as extended litigations and antagonistic interstate politics. In any case, permanent tribunal is just a circuitous way of providing a durable response to recurring IWDs. Instead of holding ourselves prisoners to particular historical conditions, as stated above, it may be time to rethink the bar on Supreme Court jurisdiction and let the Supreme Court adjudicate over IWDs. This will not be adequate, however. Politicization of IWDs will continue and it is imperative to mitigate the propensity for antagonistic politics between States. As Chantal Mouffe suggested, vibrant democracy needs the right kind of practices and institutions for channeling antagonistic politics into productive democratic designs. For this, legal adjudication needs to be supplemented by right institutional interventions: ex-ante for negotiations and agreements, and ex-post for compliance and implementation. Such institutional interventions offer an opportunity for nurturing interdependencies induced by shared interstate rivers and reinforcing federal integrity.

Srinivas Chokkakula is a doctoral candidate in the Department of Geography, University of Washington. He is currently based at the Centre for Policy Research, New Delhi. He can be reached at svas@uw.edu.