"The Many Shades of Sanctions," Rishika Chauhan. The Hindu: Business Line. December 16, 2014

Narendra Modi’s media statement during the official visit of the President of Russian Federation to India, Ministry of External Affairs, Government of India, December 11, 2014

“India Not to Support Western Sanctions Against Russia,” The Indian Express. March 19, 2014 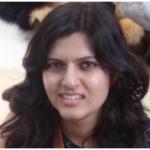 Addressing Russian President Vladimir Putin and the media last week, Prime Minister Narendra Modi said, “the character of global politics and international relations is changing. However, the importance of this relationship and its unique place in India’s foreign policy will not change.” Expressed on the sidelines of the 15th Annual India-Russia Summit in New Delhi, Modi’s statement conveyed his intention to enhance cooperation with Russia. Concurrently, it also implied India will not support western sanctions against Russia. The new government’s policy of engagement, rather than isolation of sanctioned countries, is very much in line with its predecessor, United Progressive Alliance’s (UPA) stance. However, like Manmohan Singh, Modi has refrained from speaking on the issue of sanctions. In the absence of official explanations, one can only wonder what explains India’s present and past positions on unilateral sanctions?

Over the years, New Delhi has maintained that it supports sanctions imposed by the United Nations (UN), but is against unilateral sanctions placed by individual countries. In 2010, the UPA opposed unilateral sanctions on Iran, citing its “extra-territorial nature,” though the Indian government agreed to support UN sanctions against Iran. Subsequently, in March this year, when Russia’s annexation of Crimea invited western sanctions, Singh’s UPA was quick to express its disregard for the “unilateral measures.” Though the prime minister chose not to speak on the issue, the official position maintained was that India has “never supported unilateral sanctions against any country...therefore, will also not support any unilateral measures by a country or a group of countries.”

The new Indian government is also toeing the line on cooperation with Russia in spite of sanctions. Since becoming Prime Minister, Modi has, time and again, underlined his intent to not only maintain ties with Russia but substantially enhance them. As the Russian episode unfolds and India maintains its stand on sanctions, it is worthwhile to study India’s position on unilateral sanctions over the years and examine its motivations for supporting or opposing unilateral sanctions. Specifically looking at India’s experience as a sanctionee, its national interest and salience of issues that spark sanctions, India’s stance toward unilateral sanctions can be explained.

The first factor is its experience as a sanctionee. India has been sanctioned or threatened by sanctions several times. Responding to India’s first nuclear test (Pokhran I) conducted in 1974, several western countries imposed nuclear equipment and material embargo on India. In the 1990s, sanctions were imposed on India’s civilian space program, given the potential for cryogenic rocket technology to contribute to India’s ballistic missile capability. The Nuclear Supplier’s Group (NSG) sanctioned the country in 1992, barring it from engaging in nuclear commerce. The most widely known and discussed unilateral sanctions against India were placed by the U.S. after India’s second nuclear tests (Pokhran II) in May 1998. The sanctions were imposed under section 102(b) of the Arms Export Control Act (AECA) and included prohibitions on foreign assistance, weapons sales and licenses, foreign military financing, government credit, guarantees and export of certain controlled goods and technology. Some non-statutory sanctions restricting high-level visits and military-to-military contacts were also imposed in accordance with President Clinton’s administration policy.

While the intended effect of sanctions was mostly meant to be material in nature, they also had a psychological impact. A generation of Indian leaders and bureaucrats began to perceive sanctions as a tool of deliberate denial rather than an instrument to change the behavior of the sanctioned entity. This perception towards sanctions is still observable in India’s policy-making circles and has contributed to New Delhi’s aversion to them.

India’s national interest is the second factor that has played a role in determining its reaction to unilateral sanctions. Supporting unilateral sanctions placed on countries with which it shares good relations or commercial ties has never been an easy decision for New Delhi. Considering that in the past few decades, many of the countries under international sanctions have been India’s trade partners, its leadership has often kept interests in mind while deciding on their stand on sanctions. Myanmar is an important case in this regard. While the U.S. imposed stringent sanctions on Myanmar throughout the late 1990s and 2000s, renewing them in 2010, the Indian government chose to maintain a safe distance from the U.S.-led sanctions regime. Although sanctions were imposed to promote democracy in Myanmar – a goal not averse to India – it was not about the salience of the issue for the country. As China rushed in to fill the void that the western sanctions had created, it was a matter of national interest.

The third factor is India’s willingness or unwillingness to support the cause of sanctions, i.e., the salience of the issue for India. While India’s bitter experience as a sanctionee and its interests in opposing sanctions considerably explains its behavior, salience of the issue that sparks sanctions also has a role to play. New Delhi has stood by sanctions that are imposed to support issues it believes in. Democracy, as C. Raja Mohan puts it, has not been a “political priority” in India’s foreign policy, consequently sanctions imposed to promote democracy have not managed to strike a chord with the Indian government. However, sanctions placed to protest discrimination, especially against the Indian diaspora, have garnered support from New Delhi.

In the 1940s, India became the first country to impose sanctions on South Africa to protest against apartheid. In addition to the action, it also supported unilateral sanctions on the South African government, convincing countries, as well as international organizations, to follow suit. Subsequently, in the late 1980s, India followed a similar policy and imposed sanctions to protest against discrimination of people of Indian origin living in Fiji. Sri Lanka is a recent case where issue-salience has been recognized and a pro-sanctions public opinion seems to be emerging. In the last few years, the heads of various political parties have urged the government to support and impose sanctions on the southern neighbor as a punitive action for its alleged abuse of power during the twenty-six-year civil war. In 2013, the Tamil Nadu governor, K. Rosaiah asked the Indian government to not only place economic sanctions but also collaborate with other countries to design a sanction regime against the Sri Lankan government. He reasoned that it was maltreatment, discrimination, and displacement of Tamils in Sri Lanka that was making him demand sanctions.

Notably, sanctions were an important subject for Jawaharlal Nehru, the original architect of Indian foreign policy. He discussed this instrument of statecraft as early as in 1938 while explaining the Congress’s attitude towards collective security. He said that for any system of collective security to be successful, it had to be backed by sanctions. However, lately the Indian leadership has been reticent about the topic. Meanwhile, it cannot be ignored that on certain occasions, New Delhi has had to learn to adapt to unilateral sanctions. Iran is an important case in this regard. Though India was against unilateral sanctions placed on Iran, it could not overlook secondary sanctions which were a part of the U.S.-led sanctions regime. As the secondary sanctions threatened economic restrictions on non-U.S. citizens and companies, several Indian investors were deterred from investing and engaging with Iran. Though in principle, India supports UN sanctions and has wholeheartedly supported important UN sanctions like the ones placed on North Korea, there have been some departures. In 1990, India had opposed UN sanctions against Iraq and abstained from voting in 1992 when the UN Security Council wanted to sanction Libya.

Nevertheless, it can be said that domestic reasons as well as normative considerations have played a primary role in determining India’s response to unilateral sanctions. Domestically, India’s past experience with sanctions and national interests have been imperative. At the same time, normative concerns arising from sensitivity to particular issues have also determined India’s position on sanctions. However, it cannot be denied that in the past, India has, itself, used sanctions to forward its domestic and foreign policy objectives, though it remains to be seen what kind of considerations determine its stance on sanctions as the country gains influence in world politics.

Rishika Chauhan is a Research Scholar in the Centre for International Politics, Organization and Disarmament at Jawaharlal Nehru University and a Junior Fellow at the Observer Research Foundation, New Delhi. She can be reached at rishikachauhan19@gmail.com.