"Congress to Focus on Dalit Candidates in UP Polls," The Times of India. January 15, 2012

Dalit Sarpanches Matter: Political Reservations and the Evolution of Untouchability in Rural India 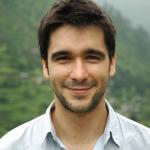 This year, India celebrates the 20th anniversary of the 73rd amendment. One of the most striking aspects of the modern Panchayati Raj defined by the amendment is the systematic reservation of political positions (pradhans, sarpanchs, and ward members) for villagers from the scheduled castes and scheduled tribes (SC/ST). In spite of strong initial opposition from traditionally dominant caste groups, these reservations have now been implemented during several electoral cycles in most Indian states and have guaranteed the election of tens of thousands of SC/ST candidates that would not have been elected otherwise.

While Dalit voters have gained importance as a force in national and state and federal elections, the election of SC candidates to local posts would have been unlikely without the intervention of the Indian state. Village institutions, and more generally speaking, rural India, remain centers of caste conservatism. In spite of slow but notable progress, recent empirical studies have shown that major discriminations persist. A 2006 nation-wide independent study designed by leading Indian sociologists, titled “Untouchability in Rural India,” suggests that members of the scheduled castes remain discriminated against in most of their interactions with others. Among dozens of other instances of daily discrimination, members of the SCs remain barred from entry into places of worship in more than 50 percent of the surveyed villages. They are denied access to water facilities in more than 45 percent of the villages, and denied seating among other villagers in 30 percent of the villages. Atrocities and physical violence against SC/STs also remain disturbingly common, including towards those SC/ST villagers serving in political office.

In this context, these elections in villages across the country constitute an achievement of Indian democracy in and of themselves. That a state bureaucracy successfully managed to implement such an unlikely reform on the ground is, after all, no small deed.

But while these reservations are witness to the might of a state administration, their ability to trigger meaningful social transformations on the ground remains difficult to evaluate. How, if at all, has mandated access to local-level political representation benefited SC/ST villagers on the ground?

For the past three years, I have gathered data in Rajasthan focusing on reservations for members of the SCs for the key position of sarpanch (village council head). Interviews with several dozen sarpanches, both from the SCs and from other groups, as well as several large-scale surveys of villagers from all groups, have led me to a simple conclusion: while members of the SCs on average do not materially benefit in a significant way from an experience with an SC sarpanch, these reservations lay the ground for what may be an equally important kind of social change.

Why do we find the material gains made by villagers from the SCs to be minimal under an SC sarpanch? Although the reason for this may seem to be intrinsically budgetary – the resources disbursed by gram panchayats are not large, and SC sarpanchs may not have the resources necessary to improve the lot of members of their castes – the reasons are more complex. While the resources of gram panchayats are indeed not immense, they are sizable enough that they can potentially make a big difference in the lives of a village’s most deprived citizens. Would gram panchayat elections be so harshly contested if voters were not aware of this fact?

A mix of factors explains why SC sarpanches are unable to significantly improve the lot of SC villagers. First, to the degree that Untouchability persists, SC sarpanches are often not provided with the authority and respect that is traditionally accorded the sarpanch.  Second, the sarpanch’s ability to aid SC villagers is limited by the local political context.  Electorally speaking, successful SC sarpanches depend on a multi-caste coalition, and do not have a free hand in making decisions favorable to their own group. Indeed, SC sarpanches may become indebted to other groups, in extreme cases behaving as proxies for influential local strongmen. The most significant constraint faced by SC sarpanches may be the institutional structure of the panchayat system itself, in which ward members may play an outsized role, especially in the face of a sarpanch perceived as weak or “illegitimate.” Finally, the potential for redistribution generated by the presence in office of an SC villager is limited by embezzlement and personal gains; there is no reason to expect this new breed of politician to depart from the norm in this regard. Incidentally, many of the villagers I interacted with described these gains for the family of the sarpanch as a positive aspect of reservation, implying that a rotation in corruption was preferable to entrenched corruption.

If common SC villagers do not receive any tangible advantages from reservation, why are these reservations valuable? This newfound access to political representation opens the door to profound changes in the way Untouchability is practiced and perpetuated in India’s villages.

Even in the case of weak, incompetent, or manipulated SC sarpanches, reservation has two automatic consequences: it increases contact between villagers and at least one member of the village’s main Dalit caste, and it provides members of that Dalit caste with a degree of linkage with local authorities. These structural changes, often dismissed as unimportant by villagers themselves, have the potential to impact two types of beliefs related to members of the scheduled castes: beliefs about the norms of interaction with members of the scheduled castes and beliefs about the level of protection enjoyed by villagers of the SCs.

According to responses to two audio surveys (one survey of members of the SCs and one survey of non-SC villagers), the experience of an SC sarpanch changes the psychology of caste relations among members of both groups. This psychological impact is subtle and specific: while villagers that experienced reservation retain overwhelmingly negative stereotypes about members of the SCs, they nonetheless perceive the emergence of new social and legal norms. In spite of persistent prejudice, the daily experience of a visible SC sarpanch increases the perception that society is evolving towards more tolerant norms, and that openly hostile behaviors towards members of the SCs will not go unpunished.

Why are these rather limited psychological changes so important when thinking about the evolution of Untouchability? Specifically, why does the perception that norms are evolving matter? Untouchability-related behaviors are often explained away as expression of Brahminical ideology or as expressions of socio-economic rivalries between groups. But these motivations constitute only partial explanations for the extraordinary stickiness of Untouchability. As scores of social-psychological studies have shown, it is often a simple desire to conform to societal norms – in this case, a pernicious norm of domination of one group by another – that really drives hostile or discriminatory behaviors at the individual level. With this in mind, it is reasonable to hypothesize that the perception that social and legal norms are changing will have a far-reaching effect on the propensity with which individuals choose to reproduce Untouchability-related behaviors. Upper-caste villagers that experienced an SC sarpanch were significantly less likely to self-report in a confidential interview that they would engage in an openly hostile act towards an SC villager. SC villagers that experienced an SC sarpanch were more likely to self-report that they would behave in a more assertive or counter-stereotypical way in front of an upper-caste villager. These changes, although small in size, exist among members of all ages, education, and caste groups.

Whether or not a generalized policy of “reservations” constitutes India’s best strategy to redress past injustices remains unclear. More empirical research into the material, psychological, and interpersonal impact of reservation policies is needed. If there is value to be gained from these policies, it may emanate not from its impact on redistribution, but from subtle and indirect changes in perceptions. By fostering a perception that Untouchability-related behaviors are changing, relatively modest local-level reservations may have far-reaching consequences for interpersonal relations among castes in India’s villages.

Simon Chauchard is an Assistant Professor of Government at Dartmouth College. He is currently working on a book exploring the connection between political reservations and the practice of Untouchability in rural India. He can be reached at simon.chauchard@gmail.com.