"The Making of a World-Class City," Shahana Chattaraj. The Hindu: Business Line. August 29, 2012 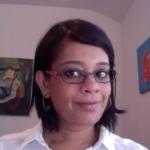 The leadership of most major Indian cities aspires to transform them into “world-class” metropolises. Mamata Banerjee, the Chief Minister of West Bengal, models her vision for Kolkata on London, complete with a Kolkata Eye. Prime Minister Manmohan Singh supported a plan to transform Mumbai, just as Shanghai was transformed, into a “world-class” emblem of modern India. And Singapore, that paragon of order and control that is the antithesis of India’s messy urbanism, is widely admired by India’s bureaucratic elite.

A Singapore-based firm was selected to prepare Mumbai’s new “Concept Plan,” a long-term strategy to guide urban development in the city’s extended metropolitan region over the coming decades. Conducting my field research in Mumbai a couple of years ago, I attended a presentation made by the Singapore firm, an impressively comprehensive proposal that covered everything from metropolitan transportation, to new growth centers, to housing to environmental sustainability. After the presentation, a former state official asked the pointed question, “Who is going to implement all this?” Mumbai, like many other Indian cities, has a better record of making urban plans and policies than implementing them.

For many commentators in the press and public, the failures of urban planning in India have a simple explanation. Corruption and “politics” are catch-all explanations for India’s urban ills. A more compelling and proximate explanation is that city governments in India are ill-equipped to undertake the complex and challenging tasks required of them as India’s urbanizes, whether it is delivering basic public services or carrying-out comprehensive urban transformations. Compared to the international cities they seek to emulate, urban administrations in India lack the institutional structures and processes, the professional and technical resources, and the manpower to build and govern “world-class” cities, much less to ensure more inclusive and sustainable patterns of urban growth in India. Simply put, world-class cities need world-class states.

Singapore boasts of having the best civil service in the world, with public officials paid salaries comparable to the highest in the private sector, in order to attract “the best and brightest” to public service. In New York, the world’s premier global city, the city government and its agencies constitute the city’s largest employer. And Shanghai’s dramatic and rapid transformation was led by a “local developmental state” that aimed to transform Shanghai into an international center for finance, high-technology manufacturing, and advanced services. In order to remake the city, the municipal state in Shanghai first re-invented itself.

According to Yawei Chen, Assistant Professor of Real Estate Management in Delft University, the re-development of Shanghai, was as much a project of “state-building” as it was of physical development. She claims that “the new city of Pudong was an experimental laboratory to design administrative and development institutions capable of meeting Shanghai’s new economic goals.” As Shanghai globalizes, the municipal state’s role is not receding but transforming, as the city shifts its focus from infrastructure-building to promoting innovation through education and strategic support to key industries, improving quality of life and implementing sustainable growth strategies. Thus, revamping public education is as central to Shanghai’s urban transformation as physical infrastructure.

Mumbai’s “World Class” transformation agenda, based on the influential Vision Mumbai document prepared by Bombay First, a business-sponsored civil society group, calls for extensive state mobilization, intervention, and coordination. Mumbai’s transformation is thus contingent on a state administration capable of undertaking the complex and multi-dimensional tasks of planning, coordination and implementation across an entire metropolitan system. Even as changing urban governance frameworks in India bring new actors such as corporate business and civil society into the urban policy-making process, these modalities do not imply less state, but a more sophisticated, flexible and effective state capable of balancing competing interests, and articulating and acting in, the “public interest.” It is ultimately the state’s job to manage the problems of displacement and conflicts over urban space and to consider long-term developmental, social and environmental impacts of growth strategies.

Building effective municipal states and strengthening urban administration and planning capacities have been key to China’s management of urbanization, according to pioneering urban theorist John Friedmann, Professor Emeritus at UCLA. China’s experience also shows that corruption, the bugbear of India’s middle-class reformers, does not preclude cities from keeping pace with urban service and infrastructure needs, even as rapid growth, migration and “entrepreneurial” local development strategies cause an unprecedented urban expansion. In India, on the other hand, city governments have struggled to keep pace with urban growth. Despite the plethora of “world-class” urban visions and policies generated in recent years, India’s cities remain resolutely resistant to urban planning.

A recent report by the Government of India’s Working Group on Strategic Urban Planning describes India’s existing planning process as “rigid and deterministic” and calls for an overhaul of India’s urban development institutions and processes. Urban planning does not end, nor indeed should it begin with, master-plans or concept plans. It is a process intended to coordinate long and medium-term investment and urban development patterns with economic and social development objectives. Urban planning and implementation, thus, call for a range of professional capacities within the state, not just in engineering, project administration, and public finance, but also in economic and social policy analysis, data collection and research, monitoring and evaluation, and coordination across administrative units. In democratic societies with diverse and competing interests and objectives, it also calls for the institutionalization of the more “political” processes of legitimation, participation and stakeholder consultation and negotiation that arise when designing and implementing urban projects. Today, city governments in India fall far short, not just in their technocratic capabilities, but in their democratic processes.

A senior transport planner, working in Gurgaon after working in the United States and Singapore, said, “Planning in India is neither democratic nor technocratic, it’s autocratic...wherever else I’ve worked, you have some sort of process, with different people involved, experts and stakeholders, when you make a decision that will impact thousands of people. Here you put in a six-lane highway, and its all based on one person’s approval. There are no transport planners, just engineers, in the transport planning department. So they don’t think about overall traffic patterns and flows in the city, pedestrian access and safety, or equity and environmental issues.”

Gurgaon, India’s so-called Millennium City, has the superficial trappings of a “world-class” metropolis: six-lane highways, multinational corporate towers, malls, and luxury gated developments. But as numerous experts and residents have pointed out, the city’s development in the absence of effective state institutions has resulted in a dysfunctional and polarized city. Despite its wealth, Gurgaon lacks basic public services and amenities, from waste management to fire safety to public parks, schools, and hospitals.

The failure of city governments in India to provide adequate public services, safety and infrastructure are problems that are immediate and affect a majority of urban residents. These weaknesses in state capacity are likely to have long-standing consequences for India’s future. Based on current trends of urban service provision and India’s urban growth rates, a McKinsey study predicts that deficiencies in per capita water supply, sewage treatment and solid waste management, affordable housing, and public transport will widen. While India’s cities continue to generate growth, says the McKinsey report, they fall short of delivering a basic standard of living to their residents across all major quality-of-life indicators.

The critical lesson for India from China’s urban experience lies not in specific models of urban governance or policy choices, but in the emphasis on re-shaping and strengthening municipal governments in order to meet development objectives. Given their powerful states and lack of democracy, Singapore and Shanghai may not be appropriate models for Indian cities, but Gurgaon is a potent warning. Market forces and private wealth, Gurgaon shows, in the absence of an effective state, have failed to create a livable city.

Shahana Chattaraj is a Postdoctoral Fellow at The Lauder Institute, University of Pennsylvania. She can be reached at shahanac@wharton.upenn.edu.