"Why the New BIT May Not Work," Sumathi Chandrashekaran & Smriti Parsheera. The Hindu: Business Line. May 25, 2016 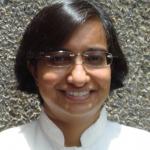 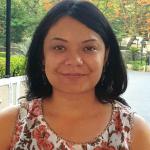 In December 2015, the Indian government made public its new model bilateral investment treaty (BIT), a template for individually negotiated agreements that govern private investments from a firm in one country into another. Countries use BITs to market themselves as stable and transparent investment destinations, providing a certain level of protection for foreign investments such as promising fair and equitable treatment, non-discrimination, and protection from expropriation. While the impact of BITs on foreign investment flows is not conclusively established, particularly so in the Indian context, BITs have remained popular with both developed and developing economies (over 2000 BITs are in force globally).

Since its first BIT with the United Kingdom in 1994, India has entered in over seventy other investment treaties, which are currently in force; about a dozen more are signed but pending enforcement, and at least four are in progress. India’s economic needs and negotiating powers have dramatically changed since it prepared its earliest model BIT in 1993. A subsequent model was designed in 2003 but was in need of revision in view of changing economic conditions, which led to the adoption of the 2015 model.

The central feature of most BITs is a dispute resolution clause, allowing private foreign investors to challenge host states for violating their BIT obligations. Disputes are resolved through arbitration by a tribunal constituted as per the terms of the treaty, and often lead to substantial awards favoring the investor. India’s first such award came in the White Industries case in 2011 under the India-Australia BIT. Here, the international arbitral tribunal found that unreasonable delay by Indian courts in enforcing an award breached the obligation to provide investors with “effective means of asserting claims and enforcing rights.” Interestingly, this obligation arose, not directly under the India-Australia BIT, but by importing a provision from the India-Kuwait BIT, using the most-favored nation clause. Presently, over a dozen other arbitrations involving India are reportedly in progress.

In this context, the new 2015 model prompts several questions. For instance, what should India’s objectives in bilateral negotiations be? Arguably, its first goal must be to maintain the fine balance between managing an economy relying significantly on foreign investment, and one whose investors are increasingly investing abroad. It must also be forward-looking, as overseas investments are bound to increase over time. A lopsided approach that severely dilutes investor rights may therefore not be appropriate.

Second, the White Industries case showed that disputes arising from broad and vague BIT commitments can be costly and/or impractical to pursue. Third, BITs are a great opportunity to project a country’s image as a jurisdiction that offers stability and certainty and respects the rule of law. If optimized, this can positively affect general global perceptions of India, while also reflecting a clear stance on balancing investment interests with concerns for intergenerational equity and sustainable development.

How does the 2015 model BIT measure up against these ideals? It is effective in some respects, such as when it moves away from vague and unqualified standards, like “fair and equitable treatment,” that a state ought to mete out to foreign investors. Instead, it introduces clearer standards of treatment, leaving little discretion to an arbitral tribunal. It also inserts new concepts, like requiring arbitrators to be impartial, independent, and free from conflict of interest; transparency in arbitral proceedings; and acknowledges the possibility of setting up an appeals mechanism to review tribunal awards.

However, for all of its constructive changes, the effectiveness of the current model is hampered by a fundamental drawback: its overly enthusiastic support of the Indian judicial system. The model repeatedly—and ominously—refers to the need for “exhaustion of local remedies.” Therefore, a foreign investor can raise a treaty dispute with India (similarly, an Indian investor can claim against a foreign state) only after approaching local courts and eliminating the possibility of domestic resolution. The model also recalibrates the limitation period for such disputes, requiring that cases be filed before local courts within one year of acquiring knowledge of the disputed claim. The investor must then wait five years for that process to play out before seeking an arbitrated solution. A model that demands an enduring faith in the Indian judicial system, despite systemic problems of delay and quality of adjudication, appears Panglossian in its outlook, and impractical in its realization. India recently enacted a commercial courts law for adjudicating “commercial disputes,” which will likely cover most BIT-related claims. If properly implemented, this law may give hope for faster resolution, but even so, a six-year waiting period will not be well-received by prospective BIT partners and their investors.

The 2015 model BIT also appears reactionary. The removal of the “most favoured nation” clause, which is a standard element of the typical BIT basket, is attributable to the White Industries award. Similarly, the model excludes taxation from its purview, clearly in reaction to the government’s disputes with firms like Vodafone, Nokia,and Cairn on tax-related matters. A tightened dispute resolution process (local remedies, lesser limitation, mandatory waiting period, etc.) is also a response to the many disputes India faces under existing BITs.

The draft model BIT was published early in 2015, and a round of public comments and suggestions from the Law Commission of India followed before the Union Cabinet approved the final text. The current text, therefore, is here to stay. The question now is, which countries will be keen to negotiate with India over this model? A developed economy, like Canada, with whom India has earlier tried negotiating, may not be very interested in this text. India may find more sympathy with peers having similar domestic infirmities, such as a mixed track record on rule of law, judicial pendency, and overall low levels of development.

This new model ought to have targeted the economy and investor profile that India wishes to venture into and attract over the next decade. The ambitious “Make in India” campaign suggests that the current government is keen on making India “a global manufacturing hub.” The success of this campaign (and others) hinges on the ability to attract long-term foreign investments. This, in turn, requires institutional and governance reform in the medium- to long-term, supported by BIT commitments to assure similar outcomes in the short-term. Given this background, negotiating partners may not be impressed by the model BIT’s stance on matters such as taxation and exhaustion of local remedies, which have consistently been sore points for foreign investors in India.

India’s 2015 model BIT is a significant improvement over the earlier 2003 model. Yet, it falters critically in appearing to conclude, rather boldly, that India will remain a largely capital-importing economy, that too with much bargaining power on its side. The model BIT’s true test will lie in India’s ability to use this model to negotiate new treaties or re-negotiate existing ones, while not losing sight of its economic goals and interests.

Sumathi Chandrashekaran is a Senior Resident Fellow at the Vidhi Centre for Legal Policy, New Delhi.

Smriti Parsheera is a Consultant at the National Institute of Public Finance and Policy, New Delhi.

The authors were members of the sub-committee set up by the Law Commission of India to study the draft 2015 model BIT for its 260th Report.