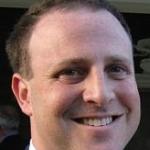 The discovery of a major new cause of climate change may provide India’s best opportunity to engage with the international climate community in a way that enhances, rather than threatens, India’s broader national interests.

Black carbon, more colloquially known as “soot,” has long been known to contribute to climate change, but its importance as a global warming agent had been vastly underestimated until very recently. While precise numbers are still the subject of research, scientists now believe that black carbon is second only to carbon dioxide (CO2) as a climate change agent, contributing as much as one-fifth of observed global warming. This is approximately half of the level of warming caused by CO2, which has been the subject of countless international negotiations while the black carbon issue was relatively unremarked upon until recently. Furthermore, because black carbon stays in the atmosphere for a matter of weeks as opposed to decades like CO2, controlling it could be the fastest way to slow down global warming in the near future.

India has a great opportunity in this area. Along with China, India is the world’s leading emitter of black carbon, with total black carbon emissions substantially greater than those of the U.S. While reliable data in this emerging area of study is scarce, it is possible that India’s contribution to climate change through black carbon emissions exceeds its contribution to climate change from CO2 emissions. By acting to address the issue of black carbon, Indian policymakers have a unique opportunity to show more than rhetoric on the issue of climate change, while enhancing their development interests in other spheres. This is because black carbon is also the prime cause of local air pollution – particularly indoors – that contributes to the premature deaths of hundreds of thousands of Indians each year. This black carbon opportunity stands in contradiction to India’s relationship to CO2 regulation, as working to drastically reduce CO2 emissions would hamper many of India’s other development goals.

India’s climate conundrum is well-documented. While Indian leaders have rhetorically acknowledged the potential seriousness of climate change as a global issue, and even more particularly in India, where increased heat and weather variability could have a devastating effect on the poor, Indian officials have been unwilling to agree to any sort of mandatory cap on the country’s CO2 emissions, arguing that developed countries have created the problem and therefore must be the ones to take the lead in solving it. As Manmohan Singh said when announcing India’s climate plan last year, “Every citizen of this planet must have an equal share of the planetary atmospheric space…long-term convergence of per capita emissions” must be the basis for any global climate change policy. While such a stance is rhetorically useful, it is practically meaningless given India’s very low per-capita energy usage (and emissions), which ensure that even with no constraints, it will not reach Western levels of per-capita emissions any time in the foreseeable future.

In contrast to the CO2 impasse, the issue of black carbon offers a potentially fruitful opportunity for international collaboration, as India can substantially reduce its black carbon emissions while also improving the health of its citizens. Black carbon is formed through the incomplete combustion of fossil fuels and biomass. In India, this means coal-burning (usually done dirtily and inefficiently), diesel engines, deforestation, and most importantly, the use of inefficient cookstoves, particularly in rural areas. There is no regime currently in place to deal with black carbon internationally, but by getting out in front of this issue, India can show the international climate change community that it is serious about contributing solutions rather than just rhetoric.

As a further incentive for India to address this issue, black carbon emissions are believed to cause greater local warming in India, where they can fall on Himalayan glaciers and cause them to absorb more sunlight and heat. India is second only to China as a black carbon polluter, with the two countries accounting for between a quarter and a third of the global black carbon emissions. The Indo-Gangetic plain has recently been identified as a “major hotspot” of localized extreme black carbon warming in studies that have used the latest satellite observations to study the issue. Given the importance of glacier-fed rivers to Indian agriculture – which still employs the majority of Indians – stopping excessive melting of these glaciers should be a prime Indian interest.

While in other parts of the world, deforestation, diesel fuel usage, and coal burning are greater causes of black carbon production, current estimates suggest that in South Asia, the majority of overall black carbon is caused by cooking with traditional fuels – primarily wood and other plant feedstock – on unimproved cookstoves. In fact, according to a major recent study published in Nature Geoscience, eliminating black carbon-producing traditional stoves and replacing them with natural gas, solar, or other non-black carbon-emitting stoves would eliminate 70 to 80 percent of black carbon emissions from South Asia. This would have a notable near-term effect on climate change reduction.

India could address the other areas of black carbon emissions in complementary ways. First, it could reduce its reliance on diesel engines, particularly diesel-powered backup generators, though this would be difficult given India’s unreliable electric grid. Second it could stress the importance of preserving forest land, particularly in states like Chhattisgarh where such land is threatened by resource extraction. Third, reducing black carbon emissions could be used as a justification for improving the efficiency and pollution control of the coal-fired power sector. Dirty, inefficient, older coal-fired power plants with few soot controls do not use India’s coal resources as efficiently as newer ones.

But India’s greatest black carbon reduction opportunity remains in cookstoves. Indeed it is the problem of indoor and local air pollution from cookstoves that has caused the Indian government and many private groups to initiate numerous campaigns over several decades to bring improved cookstoves to rural India. But generally speaking, these attempts have been unsuccessful for a variety of reasons. First, cookstoves may break and villagers may lack the money, spare parts, or expertise to repair them. Second, traditional cookstoves give a particular flavor to foods and many Indian women are reluctant to trade these in even for more theoretically efficient stoves. Third, with the exception of the work done by the Ministry of Non-Conventional Energy, cookstove programs have almost always been done at a moderate scale. To achieve mass scale necessary for meaningful black carbon reduction (or large scale local health improvement), tens of millions of cookstoves will need to be put into the field and utilized. That takes scale, resources, and reach that can only be done with the active participation of the Indian state at the highest levels, ideally through a public-private partnership.

The ministry of Non-Conventional Energy Sources has deployed more than thirty million cookstoves since the mid 1980s, but for a variety of reasons related to program design and cookstove quality, only a few million of these are probably still in operation. A more serious effort to distribute improved cookstoves would require better materials and higher capital costs to ensure that stoves would stay in service longer, though even distributing fifty million of these stoves would cost only a small fraction of the amount it would take for India to achieve meaningful compliance on CO2 reduction goals. To be successful, such an undertaking would need to be combined with a mass public education campaign focusing on local health effects, while taking into account the particular needs of communities for whom the cookstoves are designed.

While the task would be difficult, there are profound incentives for the Indian government to engage meaningfully on this issue. First, the international political pressure on the Indian government to do something to address climate change is substantial. The refusal of India and China to make meaningful commitments on carbon has proven a major stumbling block for President Obama in selling a climate plan in the U.S. Likewise, with the financial pain spreading through Europe, the ability of leaders there to continue to sell an expensive climate plan without some sort of meaningful participation from India has diminished. Black carbon provides an avenue for India to address climate change in a way that allows advocates in the U.S. and Europe to more plausibly require key sacrifices from their constituencies.

For various reasons, it is difficult for India to offer meaningful climate change concessions in traditional energy sectors. First, with its rapid economic development and commensurate inevitable per capita energy usage, Indian leaders are understandably reluctant to do anything that would resemble putting a cap on Indian economic growth. Furthermore, the coal-fired power sector – by far India’s leading source of emissions – is not particularly amenable to effective carbon regulation. There is no proven technology for significantly reducing emissions from India’s existing coal-fired power plants and even new carbon-capturing technology being developed by the U.S. and China will likely need to undergo substantial modification before being viable in an Indian context. The high ash compositions of Indian coals mean that “clean” power plants designed for use on much lower ash Chinese or U.S. coals will not be effective in India.

In the automotive sector – likely to be another growth area in CO2 emissions – Indian consumers already strongly favor smaller, more fuel efficient, vehicles that fit within their budgets. Given the low automotive penetration rate and excellent mileage of most Indian vehicles, any proposed agreement demanding substantial further improvements in these areas figures to be neither politically nor technically realistic. If anything is to be done in India’s automotive sector, demanding cleaner diesel engines with lower black carbon emissions is more realistic.

Fully aware of India’s difficult position, senior Indian diplomat Shyam Saran, India’s leading negotiator on climate change, continues to beat the drum of “green protectionism” in protesting various western plans to add tariffs to Indian goods if India does not commit to meaningful reductions in its emissions. The potential emergence of black carbon as a pivotal issue in future climate change negotiations will allow India to change both the tenor and substance of the climate debate. Given the unappealing alternatives, India should not hesitate to utilize it.

Jeremy Carl is a Research Fellow at the Program on Energy and Sustainable Development at Stanford University. His research focuses on India’s energy sector. He can be reached at carljc@stanford.edu