"Petty Corruption Thrives, and How," Jennifer Bussell. The Hindu: Business Line. May 9, 2012

"Corruption, Technology, and Reform: A Mixed View from the States," Jennifer Bussell. Fair Observer. May 9, 2012

Corruption, Technology, and Reform: A Mixed View from the States 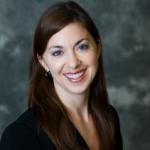 Over the last two years, the corruption pervading India’s government has received remarkable media attention, thanks, in part, to scandals surrounding the Commonwealth Games, 2G telecom licenses, and the Adarsh housing society. This has shaken the complacency of many citizens who heretofore saw bribes and kickbacks as an inevitable part of daily life, and has provided fodder for the anti-corruption movement led by Anna Hazare.

Yet the attention to high-level scandals has overshadowed the corruption in basic public services faced by citizens across the country on a daily basis. Individuals who hope to receive a ration card, a driver’s license, or a modification to their land record are often faced with long delays that can only be shortened with “extra” payments, the “speed money” that greases the wheels of government and lines the pockets of bureaucrats and their political superiors.

Not only is this pernicious everyday corruption a drain on the limited resources of India’s average citizen, it can impede efforts to improve the quality of public services in general. There is perhaps no better example of this than the efforts over the past decade to use information technology to reform the Indian government.

The emergence of India’s nascent information technology and services sector in the 1990s brought with it attempts to incorporate technology into government procedures for serving citizens. Starting in 1999, state governments began to introduce a comprehensive model of IT-enabled service delivery in the form of one-stop computerized service centers. In theory, these centers would allow individuals to acquire services traditionally housed across government departments, from income and birth certificates to passports and building permits. This model, first appearing at the state level in Andhra Pradesh’s eSeva centers – initially called “TWINS” after the twin cities of Hyderabad and Secunderabad where the initiative was launched – promised to improve citizens’ service delivery experience by simplifying applications, reducing officials’ discretion, and minimizing the time to receive services. If implemented well, these centers could dramatically improve the quality of services received by citizens throughout the country.

In an analysis of service center programs launched in sixteen of India’s twenty major states, I evaluated the details of these policies and the quality of implementation. While the wave of reform in service delivery is striking in terms of the speed and breadth of initiatives across the country, I found evidence of mixed and limited benefits to citizens. Despite the central government’s enthusiasm to open 100,000 Common Service Centres as a part of the 2006 National eGovernment Plan, the experience of state programs in the period prior to the NeGP provides a cautionary tale.

My analysis shows that the quality and comprehensiveness of state service center programs has varied dramatically. The number of government services made available to citizens ranged from fewer than ten in Delhi and Orissa to more than 30 in Chhattisgarh and Andhra Pradesh by the late 2000s. The services made available were often the easiest to acquire, and least corrupt, in the pre-existing, non-computerized system, or were targeted to a specific group, thereby excluding large segments of citizens. Computerization often did not extend beyond basic data entry, as in Haryana, thereby limiting overall efficiency gains. In some cases, such as Uttarakhand and West Bengal, programs barely got off the ground or became entangled in legal disputes between operators and the state, resulting in the closure of most, if not all, centers.

What explains this diverse set of outcomes across the states? I posit that the promise of these initiatives was also often their downfall: the expectation of improved, and less corrupt, services posed a threat to government actors who depend on bribes acquired during service delivery. Bureaucrats who collect “speed money” or other types of bribes from citizens, and politicians who demand a cut of these proceeds are both at risk of losing access to this source of income with the introduction of computerized, one-stop service delivery.

Where politicians depend on this “petty” or “retail” corruption for supporting their reelection campaigns, the expectation that more transparent service delivery could limit future inflows of cash can imply constraints on incumbents’ ability to retain their seats. This anticipated negative effect of technology-enabled reforms thus has the potential to overwhelm any positive effects on their chances for reelection that may result from improved service delivery. In contrast, politicians in regions with lower pre-existing levels of petty corruption should anticipate that reforms will only minimally affect their access to income, as the availability of bribes is low from the outset. Thus, incumbents in areas with high petty corruption are less likely than their peers in lower corruption regions to support this type of reform.

While all Indian states display some petty corruption, levels of corruption differ quite dramatically. A 2005 survey conducted by Transparency International India and the Centre for Media Studies found substantial variation in petty corruption across the Indian states: bureaucrats typically demanded bribes from fewer than 20 percent of citizens in states such as Kerala and Gujarat, versus more than 50 percent of individuals in Uttar Pradesh or Rajasthan. As a result, if the level of petty corruption is linked to choices about computerization of public services, this may help to explain the variation in these policies in India’s states.

This is precisely what I found in the analysis of one-stop service centers. Those states with high levels of petty corruption were less likely to introduce computerized centers, implemented fewer and less bribe-prone services within the centers, and were less likely to fully computerize the service delivery process. Perhaps most striking was that the level of petty corruption was the best predictor of state policy; outcomes were largely unrelated to the wealth or development of a state, with poorer and less developed states with lower levels of corruption implementing some of the most impressive improvements to the quality of public services through these centers. In addition, I found that in states ruled by coalition governments, such as Kerala, departments under the control of powerful coalition partners were less likely to have services under their purview included in computerized service centers.

These findings provide an important complement to the recent attention focused on corruption in India’s highest levels of government. While inappropriate behavior in areas such as 2G spectrum licensing is likely to have important downstream consequences for citizens due to lower state income, it is the corruption that citizens face in attempting to access basic services from the state that directly affects their day-to-day lives. Technology has the potential to drastically improve the quality of public service provision. However, realization of this promise requires strategies to change the incentives for those making and implementing policy, as it is these individuals who determine the ways in which technology is used by the state and thus the actual benefits for citizens.

Jennifer Bussell is an Assistant Professor in the Lyndon B. Johnson School of Public Affairs at the University of Texas, Austin and the author of Corruption and Reform in India: Public Services in the Digital Age (Cambridge University Press, New York and New Delhi; available in India, May 2012). She can be reached at jennifer.bussell@gmail.com .