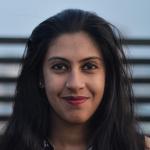 March 2019 marked the 46th anniversary of the beginning of the Chipko Andolan, which is often credited as India’s first environmental justice movement. However, the history of India’s environmental justice movements can be traced much further back. Early grassroots resistances to British rule, such as the Bengal peasant revolt of 1859-63 against indigo plantations, carried ecological undertones. Gandhi’s freedom movement also rang with concerns for the ecosystem and its people, who inhabited seven hundred thousand villages by advocating a model of self-sufficiency and opposing industrialization. After independence, there was a heavy boost to large infrastructure for nation building such as multi-purpose dam projects and steel plants. This impetus on rapid industrialization ushered in a wave of environmental justice movements that fought for the preservation of water, forests, and land (jal, jungle, jameen), such as the Narmada Bachao Andolan, the Appiko movement, and the Silent Valley protest. More recent movements include those against corporate giants such as Vedanta in Niyamgiri, Odisha, or Thoothukudi, Tamil Nadu. These movements are often drawn out, filled with uncertainty, and involve multiple layers of injustices and inequalities. They also often include Adivasis, the indigenous population, at the forefront.

What are Environmental Justice Movements?
Environmental justice movements are movements against Ecological Distribution Conflicts (EDCs). These conflicts are struggles around environmental costs and benefits due to inequalities in power and income, and are embedded in the broader context of race, class, caste, and gender asymmetries. They can also be described as social conflicts born out of unfair access to natural resources and the unjust burdens of pollution. In the last five decades, they have evolved, and in recent years, are invading new spatial and symbolic spaces. EDCs are not limited to rural areas anymore, rather they are manifesting in different contexts and settings, such as conflicts against the expansion of the Mormugao Port for importing coal in Goa or protests to save the Aarey forest in Mumbai against the creation of the metro car shed in the last green space of the city.

We cannot claim to know how many ecological distribution conflicts have erupted in India over the last five decades. However, according to the Environmental Justice Atlas (EJAtlas), a worldwide inventory of environmental justice movements from across the globe, India has the largest number of environmental justice movements (at about 300 reported cases of conflicts). Out of these conflicts, more than 57 percent of the reported environmental justice movements from India have Adivasi communities mobilizing. Involvement of Adivasis in such movements gives rise to multiple levels of oppression due to historical exclusion and marginalization. This can be understood by analyzing the intense and historic process of “othering” they have undergone, being treated as non-humans with no rights, who can be discriminated against and against whom atrocities can be committed with near impunity.

Despite that, they have continued to protest to safeguard the jal, jungle, jameen that sustain them, and due to these grassroots mobilizations, an important legislation was passed that asserts tribal land rights. This law, known as the The Forest Rights Act (FRA) or the Scheduled Tribes and Other Traditional Forest Dwellers (Recognition of Forest Rights) Act, 2006, is a key piece of legislation that recognizes the historical injustice meted out to scheduled tribes and other traditional forest dwellers. It seeks to secure traditional rights over forest land and community forest resources, and to establish democratic community-based forest governance.

FRA emerged as a legislative response to a national grassroots movement to record the rights of forest-dwelling communities whose rights were not recorded during the consolidation of state forests in the colonial regime. In the post-Independence period, many of these communities have been displaced for industrial and conservation projects without rehabilitation due to being labeled as “encroachers” on forest land. The process of recognition and verification laid out in the FRA is currently the only legal process for determining the genuine right-holders and their rights on forest land. This renders the act a very powerful tool, as companies or the state can’t legally begin their projects until the recognition and verification process is complete. However, in the last ten years, there have been multiple cases across the states where the process hasn’t been followed, including cases where there have been clear violations of the FRA.

A report about the effectiveness of the FRA after ten years of its implementation found that only 3 percent of the minimum potential of Community Forest Resource (CFR) rights have been achieved. The reasons for this poor implementation ranged from an absence of political will (at national and state levels), inability to build capacity at the Ministry of Tribal Affairs (the central nodal agency), constant opposition at the ground level from forest bureaucracy, poor investment in implementation and monitoring necessary for the rights to be granted.

On February 13, 2019, a Supreme Court verdict, which would displace an estimated 10 million Adivasis who’d had their FRA claims rejected, sent shockwaves across environmental justice activists and tribal communities. It led to massive mobilizations due to the violation of tribal rights in the name of conservation, and as a result, a stay order was passed on February 28th until the next hearing. This order directed states to show evidence of due process of the law being followed where claims had been rejected. Since then, the hearing has been postponed multiple times, and the central government had been absent to defend the FRA. On the last hearing, held on September 12, 2019, all states except Sikkim had submitted their evidences, and it was decided that the final arguments would be heard on November 26, 2019.

A number of recent global studies have looked at the level of direct and indirect violence that environment defenders face. The indigenous communities involved in these movements have significantly higher exposure to criminalization, violence, and assassination attempts for defending land and the environment, with mining and extractive industries contributing to the highest number of killings. According to the latest Global Witness report, released in July 2019, titled “Enemy of the State?”India had the third most murders of people defending their homes, rivers, and forests against extractive industries. Along with such direct violence, the FRA verdict can be seen as a form of slow, procedural violence.

Brototi Roy is a part of the EnvJustice (www.envjustice.org) team at Institute of Environmental Science and Technology, Autonomous University of Barcelona. The focus of her Ph.D. is environmental justice movements in India using the frameworks of ecological economics and political ecology. She is also an elected executive committee member of the Indian Society for Ecological Economics.