Foreign Policy Challenges and Priorities Facing the Next Government 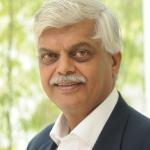 Foreign policy has never been a major electoral issue in India because a vast majority of the electorate has more pressing domestic economic and social concerns. While events in the sub-continent may have some impact on domestic politics they have so far proved to be marginal.

While some political parties and politicians, and some in India’s foreign policy establishment, remain stuck in the groove of an outdated Cold War mindset, Indian foreign policy has moved on. It has adjusted itself to the end of the Cold War and is trying to grapple with the complexities of an emerging multi-polar world, as well as the strategic consequences of India’s economic rise and her growing integration into Asia and the global economy.

Even when a new political formation has taken a new initiative in government, successive governments have gone along and not reversed any major policy decision. Based on this experience, the world concludes that India is a “predictable player” with enduring national interests. It is unlikely that India’s approach to any contemporary foreign policy challenge will alter radically with a change in government.

That is not to say that politics does not impose constraints on a government’s ability to take foreign policy initiatives. Indeed, if Prime Minister Manmohan Singh had yielded to myopic political pressure, he may well have failed to conclude the Indo-U.S. civilian nuclear cooperation agreement. To be sure, domestic politics have restrained governments in the past – and continue to do so – from taking important foreign policy initiatives. Hence, while continuity in policy is predictable, change is less certain and depends on leadership and opportunity.

What then are the foreign policy challenges and priorities facing the next government in New Delhi? The most important foreign policy priority for India, from the time of our independence, has been to secure for ourselves a global environment that is conducive, and if possible supportive, of our developmental aspirations. Improving the well-being of the Indian people and modernizing India’s economy are our highest national policy priorities. Jawaharlal Nehru told the Constituent Assembly in December 1947: “Talking about foreign policies, the House must remember that these are not just empty struggles on a chess board. Behind them lie all manner of things. Ultimately, foreign policy is the outcome of economic policy.” Hence, the key challenge and priority will be to build relationships around the world with big and small countries that enable us to push our development process forward and sustain a higher rate of economic growth in these turbulent and difficult times.

Indeed, the salience of the economic dimension to foreign policy will be even greater in the near term as the world grapples with a global economic slow down, threats of protectionism, reduced capital flows and the challenge of environmental degradation and global warming. To sustain our growth process, we will have to ensure our energy security, food security, macro-economic and financial stability, and market access for goods and services we export. In other words, we will need to bring in new investment.

Each of these objectives have important foreign policy implications and will shape our relations with all major powers. How we are able to tackle each of these challenges will be influenced by the rapidly changing geo-politics and geo-economics of a world gripped by an economic slowdown.

Will the United States and China arrive at a new condominium – dubbed by some as Chimerica – to deal with their respective economic problems? The lesson China has learned from the collapse of the Soviet Union is that it must not waste its resources in a confrontation with the West. Rather, it must build itself up by working with the West. China has worked with the U.S. on many fronts, reserving its anger for only key national security issues like Taiwan and Tibet. On most multilateral economic and security issues, including terrorism and climate change, and in most multilateral organizations, including the UN Security Council and the International Monetary Fund, China has been happy to work with the U.S., rather than against it.

The global economic crisis has once again made allies out of two potential adversaries. China will use the economic crisis to increase its global influence in a manner that will not threaten the U.S. in the medium term. In turn, the Bush-Rice doctrine of containing China is being replaced by the Obama-Clinton doctrine of co-opting China to deal with the economic crisis. It will always remain a love-hate relationship, but that is what most affairs are anyway!

Such a U.S.-China condominium would worry Japan, Russia, India, and even the Europeans. It would pose a major challenge for Indian foreign policy, and require creative thinking rather than retreat into old dogmas. India must continue to seek good relations with the U.S., even as it nurtures old friendships with Russia, Europe and Japan, and manage China’s rise.

Our second foreign policy priority has been, and will remain, our need to ensure peace and stability in our neighborhood, and meaningful relations with our neighbors. We are surrounded by countries that are at war with themselves. Internal civil conflict and terrorism plague our region. India can not sustain high and stable growth in a chronically troubled neighborhood.

Winning the fight against terrorism and defeating the forces of extremism and religious fundamentalism in our region is an important foreign policy and national security priority. The conflicts in our sub-continent have drawn in all major powers, including the U.S., Russia, China, European Union, Saudi Arabia, Iran, and Japan. Fighting terrorism and extremism in the region in the context of this complex power play will remain a major challenge for Indian foreign policy.

In the past two decades India has been increasingly engaged with Asia around us: Southeast, East, West, and Central Asia and the Indian Ocean region, including Africa. Both our own growth process and shifts in global dynamics will require us to nurture this new relationship we have developed with our wider Asian and African neighborhood. Here again, dealing with China’s rising influence and creating new relationships through greater economic engagement will be a key challenge.

Finally, as a new multi-polar world emerges and India grows into being one of the “poles,” and is expected to take up global security responsibilities, Indian foreign policy will have to grow up from its days of innocence and adolescence to adulthood. India will have to learn to take sides, offer security to others (especially in our region), and address new challenges in the field of nuclear diplomacy. As a maritime power, India will have to bring its foreign policy in line with its national security policy; winning new friends without losing old ones.

Sanjaya Baru is a Visiting Professor at the Lee Kuan Yew School of Public Policy in Singapore. He is the author of Strategic Consequences of India’s Economic Performance (Academic/Routledge, 2006).Email: sanjaya_baru@hotmail.com