Behavioral Voters in a Decentralized Democracy 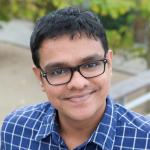 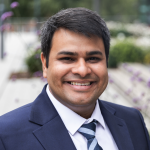 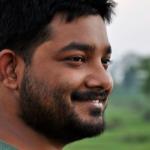 The Government of India has a proposal of holding the general elections (GEs) with all state assembly elections (AEs) on the same date. This “One Nation, One Election” policy, while supported by various federal agencies such as the Niti Ayog and the Law Commission of India, has generated considerable debate and discussion in the media. The proposal’s core rationale is that elections are expensive to the exchequer, and multiple elections create repeated disruptions in governance as the bureaucracy gets occupied with election management. On the other side, some analysts point out that it may dilute the country’s federal structure, as the national election may overwhelm the state election agenda if elections are synchronized.

Our study contributes to the debate by asking a more fundamental question: Do synchronized elections affect voter behavior, and if yes, does it significantly alter electoral outcomes? We argue that when voters vote in synchronized elections, they face cognitively a more challenging task of simultaneously deciding for whom to vote in each election. Consequently, it may affect how voters vote. For example, faced with multiple elections, a voter may simplify their decision-making rule by focusing on a specific characteristic of the candidates (such as their party affiliations or caste/religious identities) or a narrower policy set. Such effects on voters’ decision-making process, if significant, can shape electoral outcomes when elections become synchronized.

We attempt to empirically establish the presence of cognitively constrained voters and its implications for voting in simultaneous elections. We analyze national (or general) and state elections in India between 1977-2018 and exploit natural variation in electoral cycles to estimate the effect of synchronization. We compare voting behavior in national and state elections for each state when held on the same date with when they were held separately but within 180 days of each other. By comparing synchronized elections with sequential but proximate elections, we remove other factors such as candidate selection and campaigning strategy by political parties that can also affect voter behavior, but will presumably be similar across simultaneous and proximate elections. This comparison, therefore, makes our analysis sharper. However, the choice of 180 days is not consequential; the result remains the same if we choose a narrower or broader time window.

To analyze voter behavior, we use the national and state election post-poll surveys conducted by Lokniti, CSDS, from 1996-2018. For electoral outcomes, we use the detailed election results from the Election Commission of India, which is compiled, cleaned, and made publicly available by the Trivedi Center of Political Data at Ashoka University.

We begin by presenting suggestive evidence that the way voters think has implications for electoral outcomes. Figure 1: Panel (a) plots the fraction of survey respondents in a Parliamentary Constituency (PC) that consider the party as the most important feature for their voting decisions on the x-axis, against the average probability that the same party wins both the PC and the Assembly Constituencies (ACs) subsumed within it. The two variables are strongly correlated, implying that party salience is positively associated with similar electoral outcomes across tiers.

Using the post-poll surveys, we establish that simultaneous elections result in a significant cognitive load on the voters: survey respondents are twice as likely (relative to the sample mean) to report “do not know” in response to a question about the main election issue when elections are simultaneous than if they are 180 days apart. Greater confusion about the main election issue can also result from simultaneous campaigning of two different kinds of elections. However, we expect that the confusion should be more among voters who are less experienced with elections in such a case. However, we find that the confusion is similar across voters with different education levels and different ages, suggesting our cognitive load hypothesis. Figure 1: Panel (b) presents the empirical cumulative distribution function of the fraction of “party salient” voters (i.e., those that consider the party to be the most important feature) by synchronization status, where “Sync = 1” refers to synchronized elections and “Sync = 0” refers to non-synchronized elections. There is a clear shift to the right during simultaneous elections, implying that party salience increases substantially due to synchronization. Given the pattern in Panel (a), we therefore expect that simultaneous elections should make electoral outcomes similar across national and state elections.

To test this, we move to the aggregate electoral outcomes and ask whether the probability that the same political party wins a PC and an AC subsumed within it changes when elections are synchronized. We present the result graphically in Figure 2 using the India map. The left panel (Sync = 0) depicts the average values across India’s constituencies for all non-synchronized elections, while the right panel (Sync = 1) depicts it for synchronized elections. There are some states that did not experience simultaneous elections during 1977-2018, and therefore, cannot be considered for this analysis, and are depicted in white in Figure 2. Comparing the two maps clearly shows that the same party’s probability of winning constituencies in both tiers increases significantly for same-day elections. There are considerably more constituencies in the right panel (synchronized elections) colored red, signifying that the probability is in the highest band of [0.66,1]. Moreover, the increase is uniform across the entire country, i.e., the effect is not concentrated in specific regions of the country.

Interestingly, we find that the state and regional parties, as opposed to the national parties, drives this result. Additionally, the parties that are incumbents in the state government are most likely to experience the increase. These results suggest that state political issues presumably play a more important role during synchronized elections. We seriously consider and then rule out the possibility that synchronized elections exhibit significant changes in turnout and voter composition, which drive the changes in electoral outcomes. We find that synchronization does not change turnout in state elections but increases the turnout in national elections by five percentage points. However, we do not see any significant heterogeneity in the turnout across voter characteristics, such as age, gender, caste, and education, suggesting that the voter composition remains mostly unaffected. Additionally, the electoral outcomes changes are not concentrated in constituencies experiencing an increase in turnout, again indicating that turnout is not responsible for our result. We also consider several other mechanisms that may explain our result. We, however, do not find support for any of them in the data.

Our findings have important implications should the Government of India adopt the proposed “One Nation, One Election” policy. This shift will not merely be an administrative change that results in saving costs of conducting elections, but one that alters how citizens make voting decisions. Thus far, the federal structure is effectively implemented by separating when voters decide their representatives. However, when they select their representatives during simultaneous elections, they tend to use salient and uniform features to make joint decisions. This may potentially harm the federal principle of the Indian Republic, reduce its downstream benefits, and make decentralization less effective.

Vimal Balasubramaniam is an Assistant Professor of Economics at the Queen Mary University of London, UK.

Apurav Yash Bhatiya is a Ph.D. student in economics at the University of Warwick, UK.