Study on Traffic and Transportation Policies and Strategies in Urban Areas in India - Final Report. New Delhi: Ministry of Urban Development, Government of India. May 2008 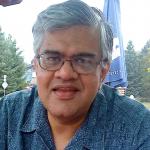 The rapid growth in motor vehicle ownership and activity in India – motor vehicle numbers have doubled every six or so years from 1980 to 2004 – has provided mobility to millions, and contributed to employment and the economy. This trend is, however, causing a wide range of adverse impacts. Perhaps the most serious of these impacts, in health and welfare terms, result from road traffic accidents. Road traffic deaths, which stood at around fifteen thousand in 1971, have risen to well over one hundred thousand today.Other impacts include growing traffic congestion, vehicle emissions (which contribute significantly to poor urban air quality, and are a major source of fine particulates, which are strongly linked with respiratory and cardio-vascular illnesses and deaths), traffic noise, and the loss of accessibility, particularly for pedestrians.

That road transport is characterized by the largest and most rapidly growing share of petroleum consumption demonstrates the rapid growth in motor vehicle activity, as well as the difficulty of effecting fuel economy improvements, and replacing carbon-intensive liquid petroleum fuels. This is due to the complexity of the technological and human dimensions, and the necessity of fuels with high volumetric energy content in this sector. These trends highlight the crucial importance of road transport from an energy security standpoint – petroleum resources being unevenly distributed globally and having to be increasingly supplied from hard to access and politically volatile sources – and of prioritizing this sector in energy and climate change policy. This is particularly important in India and similar countries; although the Organisation for Economic Co-operation and Development (OECD) accounts for 65 percent of energy consumption in road transport, the growth is by far the most rapid in Asia. In India, petroleum consumption, which supplies about 30 percent of energy needs, has been doubling every twelve or so years since 1971. The future is daunting, given trends in motor vehicle and other energy-intensive activities, and India is vulnerable to world oil prices, considering that over two-thirds of the country’s oil requirement is imported.

Diesel, the bulk of which powers a rapidly growing commercial truck fleet, accounts for about two-thirds of energy consumption in Indian road transport, and will likely continue to be the dominant energy source in the sector. Incidentally, the share of diesel has been growing in road transport in the OECD and globally, driven partly by the rapid rise in diesel cars in Europe in response to ambitiouscarbon dioxide reduction targets. While diesel vehicles are more fuel economical than gasoline ones, their black carbon and particulate emissions pose health risks, and likely more than neutralize any climate change benefit due to the minor carbon dioxidereductions they may provide. For commercial trucks, the key factors for enhancing fuel economy, besides engine and vehicle design, include improved highways to allow higher speeds and gross vehicle weight, reduced tire rolling resistance, and better maintenance.

In the case of gasoline, which is used predominantly in urban areas, and growth rates for which are higher than for diesel, technological measures to improve new-vehicle fuel economy – which already compares very favorably with that in industrialized countries – and infrastructural measures to sustain those improvements on the road by smoothening traffic flow and mitigating congestion, are desirable. At the same time, it is important to control motor vehicle activity, in terms of “vehicle-kilometers,” the other important half of the energy consumption equation. This is crucial because fuel economy improvements can be neutralized by growing vehicle activity; motor vehicle-kilometers are increasing – and are projected to increase quite significantly according to a 2008 report produced for the Ministry of Urban Development – because of the growth in population and motor vehicle ownership, but also rising per capita trip rates, trip distances, and mode shares for personal motor vehicles.

Furthermore, while energy consumption and related emissions are important, there are other serious transport impacts to consider. Fuel economy improvements will do little to mitigate these impacts, and might even exacerbate them to the extent that the improvements increase motor vehicle activity by reducing the costs of driving. Similarly, highway infrastructure investments might reduce congestion in the short run, but are likely to, among other things, compromise accessibility for non-motorized modes. This would thereby induce additional motor vehicle activity, congestion, energy consumption, and other impacts over the longer term; besides, highway systems have major energy implications themselves. On the other hand, measures to curb vehicle-kilometers can provide major “co-benefits” by helping control energy consumption and related emissions, as well as other transport impacts.

The elimination of fuel subsidies is an important means of curbing vehicle-kilometers, and encouraging greater fuel economy by internalizing at least the monetary costs of energy. While gasoline prices have been deregulated recently, diesel subsidies, which account for a significant share of fuel subsidies, have been largely retained. There is political resistance to reducing diesel subsidies on the grounds of rising inflation, and regressivity, that is, their adverse effects on the poor. However, fuel subsidies impose significant fiscal costs, and hamper social spending. Thanks largely to diesel subsidies, a growing number of personal vehicles, many of them high-end SUVs, are diesel-operated; apart from demonstrating leakage of the purported benefits of subsidies to the wealthy, the growing use of diesel in urban areas will increase exposure to fine particulates. However, reducing diesel subsidies poses challenges; nearly 50 percent of kerosene, the fuel used primarily by the poor, which is subsidized even more than diesel, is used to adulterate the latter fuel, besides being diverted to other sectors. Eliminating kerosene in addition to diesel subsidies will discourage adulteration, but may also be regressive.

Another factor that has the potential to curb vehicle-kilometers is parking, which is a major determinant of personal motor vehicle use. Parking in Indian cities is so inexpensive, even if not always available, that few incentives exist to avoid even short distance motorized trips. Parking control and pricing will be difficult to implement, especially for two-wheelers, which can be parked easily anywhere, but would help restrict motor vehicles to their most highly valued uses,make traffic flow more efficient, and render transit more attractive and effective. Additionally, investing parking revenues in improved transit would at least mitigate the regressive effects of higher fuel prices, if not provide incentives to switch to it. But perhaps the single most effective means of curbing vehicle-kilometers would be to focus on pedestrian accessibility, which would help reduce short distance motor vehicle trips. These trips account for a significant proportion of all trip-making, and are the most avoidable. Minimizing them would thereby contribute to reductions in congestion, energy consumption, and emissions, while also enhancing road safety with high cost-effectiveness.

In conclusion, it is important to prioritize the road transport sector in energy and climate change policy, given the rapid growth in energy in this sector, and its almost exclusive dependence on, and large share of consumption of petroleum fuels. It is certainly desirable to implement technological measures to improve vehicle fuel economy (and shift to less carbon-intensive and cleaner energy sources, where possible). But equally, it is important to apply a wide range of economic and institutional approaches in a concerted fashion to promote accessibility and curb motor vehicle activity. Doing so would certainly help to achieve energy security and climate change goals, and would additionally mitigate diverse urban transport impacts and enhance urban health and well-being.

Madhav G. Badami is an Associate Professor in the School of Urban Planning and McGill School of Environment at McGill University.He can be reached at madhav.g.badami@mcgill.ca