"Why We Have Cold-Shouldered Kabul," Avinash Paliwal. The Hindu: Business Line. September 22, 2015

Partisans vs. Conciliators: The Establishment Politics of India’s Afghanistan Policy 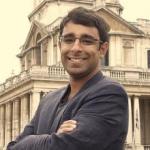 India’s Afghanistan policy seems to be witnessing a shift as Kabul seeks rapprochement with Rawalpindi. Despite multiple requests from Afghan officials, Delhi refused to hold a bilateral Strategic Partnership Council meeting to discuss and review the much-hyped Strategic Partnership Agreement that the two countries signed in October 2011. Adding insult to injury, Indian foreign minister, Sushma Swaraj, did not attend the Sixth Regional Economic Cooperation Conference on Afghanistan, held in Kabul on September 2-3, 2015. Allegedly, the current Afghan president Ashraf Ghani’s (failing) strategic tilt towards Pakistan has annoyed Indian officialdom considerably. If true, this will not be the first time India has shifted its approach toward Afghanistan. The 1990s and early 2000s, when the Afghan civil war was at its peak, are replete with such shifts.

There are three core, and often intertwined, sources of India’s Afghanistan policy. The first is Delhi’s desire to strike a balance between Afghanistan and Pakistan. An Afghanistan that is highly dependent on or close to Pakistan, such as during the late-1990s’ Taliban regime, is not in India’s strategic interest.

The second factor is the evolving international posture on Afghanistan. Keen on being viewed as a positive and constructive team player, India’s approach towards Kabul is often shaped by external pressures. For example, accepting the leadership of Hamid Karzai at the 2001 Bonn Conference after the U.S.-led NATO military intervention was a compromise that India made. Indian officials wanted a candidate from the anti-Taliban United Front to gain power, but relented under American pressure and eventually embraced Karzai.

The third factor that drives India’s Afghanistan policy is the fluctuating degrees to which various political factions in Afghanistan want to engage with India. Despite the tremendous goodwill that India enjoys among Afghans, different political factions prioritize India differently. If Delhi enjoyed Karzai’s hospitality, it feels cold-shouldered by the Ghani administration.

A simultaneous interplay between these three factors impacts India’s internal policy debate on Afghanistan. Some Indian officials – let’s call them “partisans” – prefer to invest politically and financially in those Afghan factions that are anti-Pakistan. Strong relations with Karzai, or with the United Front before 9/11, as well as with the former communist governments during the 1980s – all of whom were critical of Pakistan – is a case in point. Partisans consider engaging with pro-Pakistan Afghan factions to be futile given Rawalpindi’s stranglehold over these groups.

Other officials – let’s call them “conciliators” – however, advocate engagement with all Afghan factions, regardless of the latter’s attitude toward or relationship with Pakistan. Such an approach, the conciliators argue, will stabilize Afghanistan’s domestic politics and impart some strategic parity between Kabul and Islamabad. It will also allow India to ensure that whoever comes to power in Kabul is sensitive to Indian interests. The commonality between the partisans and the conciliators in Delhi is their view of Pakistan as an adversary in Afghanistan.

Whether the partisans or the conciliators influence India’s Afghanistan policy depends on the interplay between the three causal drivers mentioned above. Two specific cases from the 1990s are indicative of this dynamic. The first is India’s decision to recognize and engage with the Mujahideen government in April 1992 after the overthrow of Delhi’s ally, President Mohammad Najibullah. This policy shift was momentous given the Mujahideen’s strategic dependence on Pakistan and India’s concerns over the impact of the Mujahideen victory on the security situation in Kashmir. However, with the international community led by the United Nations supporting this transition, and various Mujahideen figures themselves interested in engaging with India, the conciliators in Delhi were able to chart an accommodative policy towards Afghanistan despite bitter ties with Pakistan. Prime Minister P. V. Narasimha Rao and his powerful foreign secretary J. N. Dixit led this policy shift. In what got termed as the “Rao Doctrine,” India became open to dealing with all Mujahideen groups without fear or favor.

The second shift occurred in September 1996 when the Taliban rose to power in Kabul. Instead of being conciliatory and pro-engagement on this occasion (the Taliban, like the Mujahideen, had sent feelers towards Delhi to open channels), India denounced the new regime. This shift occurred not simply because of the Taliban’s militant Islamic practices or their dependence on Pakistani security agencies – these aspects categorized the Mujahideen as well – but also due to the breakdown of international consensus on Afghanistan in the mid-1990s as the UN failed to reconcile the warring factions. Only three countries – Pakistan, Saudi Arabia, and the United Arab Emirates – recognized the Taliban as Afghanistan’s official government. Instead of accepting its rise as an opportunity for stability, regional powers such as Russia and Iran felt threatened by the Taliban and decided to contain its rise. It was this change in regional geopolitical equations that allowed the partisans in Delhi to ally with Moscow and Teheran, and these three countries threw their weight behind the anti-Taliban United Front. They criticized others such as the U.S. and China, who had functioning back channel communications with the Taliban, for abetting the latter’s rise.

Though the breakdown of international consensus offered an opportunity for the partisans in India to initiate policy change in 1996, it was the risk of losing allies in Moscow and Teheran that sealed the defeat of the conciliators. By 1996, both Russia and Iran had come to support India’s case on Kashmir at the UN. Reaching out to the Taliban would have cost India this support as well as the connection to the United Front within Afghanistan. The only thing Delhi could achieve by opening such communication was the “possibility” of winning “some” Taliban figures over. This policy dilemma was reconciled to some extent during the presidency of Hamid Karzai after 2001, who – with the international community’s support – expanded relations with India and launched a reconciliation drive to win back those Taliban figures that were disillusioned with Pakistan.

The withdrawal of coalition forces in 2014, coupled with the rise of Ashraf Ghani, who emphasized improving relations with Pakistan even if it required toning down ties with India, has altered the situation for Delhi yet again. With Western capitals (and even Moscow) getting uncomfortable with India’s presence in Afghanistan, a government in Kabul that is happy to accommodate Pakistani demands (an important one of which is reducing links with India) with support from China, and India-Pakistan bilateral relations spiraling downwards, it is no surprise that the partisans are on the rise in India’s strategic establishment. Unless something radical happens in the coming weeks (such as Ghani calling off peace talks with Pakistan), India may keep rebuffing Kabul officially while consolidating relations with Afghan groups that are certified adversaries of Pakistan behind the scenes.

Anti-Pakistan partisanship in India’s approach toward Afghanistan is both a cause and consequence of a worsening security dynamic in the region. It is a suboptimal strategy that contributes towards exacerbating Pakistan’s insecurities instead of resolving differences. A conciliatory approach, at the least, offers a glimmer of hope to initiate a regional dialogue – however remote its possibility and utility may seem at the moment – and break away from the vicious cycle of violence.

As Kabul experiments peace talks with Pakistan, the best India can do is support the initiative despite its reservations about its success. In the short run, this will indicate India’s commitment toward Afghanistan and signal to Pakistan the possibility of peaceful coexistence in Afghanistan. In the long run, it may open doors for a sustainable dialogue between these countries to solve their territorial disputes and bring peace to the region.