Aging in India: Under the Radar and Underfunded 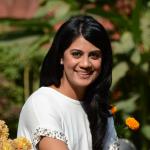 Last week, approval of the critical Pension Fund Regulatory and Development Authority Bill (Pension Bill) sailed through the Rajya Sabha without much drumbeating in the press. Overshadowed by news of the weakening rupee, the bill, nearly ten years in the making, will allow 26 percent foreign direct investment in the insurance sector, seeking to create some sort of regulation for the country’s almost nonexistent formal pension system. This is all good news, save for one major caveat: only about 6 percent of India’s labor force falls under the protection of this bill; the other 94 percent are engaged in the informal economy and arguably, are the ones who have a more urgent need for social security cover. Coupled with the United Nations projection that one out of five Indians will be above the age of sixty by the year 2050, this sheer volume of people, largely from the aforementioned informal sector begs the question: what are we doing to secure our elderly?

To be sure, the demography of India is changing. While academics and big donors rightfully focus funds and attention on family planning to lower fertility and interventions to reduce infant mortality, the continued success of these means a larger volume of Indians surviving to older ages than ever before. This has significant implications for the family and resource allocation, notably, a growing proportion of older women (particularly widows), fewer children to take care of parents surviving to older ages, and changing household structures due to employment-related migration and/or marriage of children. All three warrant discussion under the broader framework of an urgent need for an overhaul of existing pension systems sooner rather than later.

Social Protection for Widows
Unique to India and other South Asian countries, the cohort of women currently above the age of sixty were married at a time when low literacy and large spousal age differences were the norm, and financial identity was associated primarily with their husband’s income. The loss of one’s spouse is difficult for anyone, but especially when systems are not in place to assist. The Indira Gandhi National Widow Pension Scheme (IGNWPS) is designed to grant up to Rs. 300 a month with matching contributions from each state for BPL widows aged forty to fifty-nine. This arbitrary cutoff not only excludes women who experience the death of their spouse early in the marital process, but also provides a sum of money that is inadequate to say the least. Some states like Himachal Pradesh even tie in the IGNWPS to one’s son and his income; a woman is ineligible for this pension if she has a son that earns more than Rs. 11,000 per year. This demonstrates not only the determination of a woman’s identity, but also how the carefully crafted language of national bills shift the onus of financial care of the elderly from the government to children. There have been discussions in the parliament to lower the age limit to eighteen, and increase financial contributions (which vary by state), but with no proper timeline in place, this can be yet another round of reforms that await their turn indefinitely.

Living Arrangements and Migration
Traditionally, social security in India has existed in the form of shared residences with one’s children, preferably male children. With the Census reporting increasing employment-related migration for men and marriage migration for women, a non-negligible proportion of elderly in India are living alone. Analysis of two rounds of the National Family and Health Survey shows that the proportion of elderly living alone or with their spouse only jumped from 9 percent to 19 percent in just over a decade. While this may signify financial independence rather than social isolation, it is unlikely to be the case since this group is largely comprised of widows and the urban poor. This makes the need for stronger pensions in lieu of familial support systems especially relevant. For children that are migrating to cities for employment, it is largely unfeasible to bring their parents along due to high housing costs, cramped urban dwellings, and potential changing preferences for independent living. Old-age homes are still taboo, and in-home elder care is unaffordable to most. Rather than lamenting the loss of “the Indian family,” it is time to start thinking creatively about caring for elderly who live alone, especially in terms of healthcare.

A 4-2-2 Structure in India?
China has a unique “4-2-1” problem referring to a consequence of the one-child policy, where one employed child is expected to take care of two parents and four surviving grandparents. While India’s family planning policies have not been restrictive (although some have argued they have been coercive even post-Emergency), access to contraception and abortion services coupled with campaigns to lower fertility have resulted in a dramatic reduction in fertility. Some states are already at or below replacement level fertility (2.1 children per woman), the equivalent of population stabilization. This signals that we could see a similar 4-2-2 structure in India, where traditional norms still dictate the importance of the family in elder care. While on one hand, children and parents seem to have evolving preferences regarding caregiving and the role of the family, the Government mandates familial support as a legally binding contract, which seems rather incongruous. The Maintenance and Welfare of Parents and Senior Citizen Act (2007) makes it legal for parents who are unable to care for themselves (“care” being loosely defined) to demand maintenance from their children in terms of food, clothing, residence, medical attendance, and treatment. The failure of which to do so can result in the imposition of a fine post-trial. While we can all support traditional and institutional structures for elder care, must this be a state sanctioned act with financial and emotional ramifications? In most legal cases, we repine the pace and regularity of the judicial process in India, however, there is one instance where inefficiency may not be an unwelcome problem.

The Indira Gandhi National Old Age Pension Scheme (IGNOAPS) is similar to the IGNWPS save for the intended audience, all destitute and/or BPL elderly above the age of sixty. There have been concerted efforts to mobilize public opinion in favor of a substantially higher and universal pension by the Pension Parishad and HelpAge India in the last year. While these have been a very crucial first step, one wonders how best to manage a universal pension scheme. The locus of implementation for these central pensions is each state, wherein lies the issue of accountability. Additionally, proving that an individual belongs to a BPL family is hard enough, but providing required proof of widowhood for instance – death certificate for a husband – is contingent on having a birth certificate for that person, something that many just do not possess. Streamlining the documentation process via Aadhar may be one route to link eligible elderly to the monthly pension they are due, which some states have begun to experiment. In addition, continued grassroots level mobilization to raise pension allowances is critical, given rising costs of living and healthcare.

India’s volume of elderly in 2050 looks remarkably similar to Italy’s in 2010. While India does boast a demographic dividend which will potentially mitigate the skewed old age dependency ratio to the levels of Italy and Spain, this group desperately needs jobs and education to reach economic potential. European countries are currently facing a demographic crisis in terms of support for their burgeoning elderly populations leading to discussions about raising the retirement age, incentivizing couples to have more children, and increasing immigration. While India is decades away from even the need for any such dramatic governmental mediation, debating the importance of institutional safety nets for aging India and implementing existing pension systems would be a welcome addition to the national agenda to avoid falling into the European quandary in the future.

Apoorva Jadhav is a CASI Research Associate. She is a doctoral candidate in demography at the University of Pennsylvania.