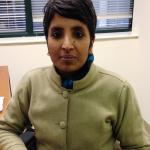 In 1988, India became the first country to ban the novel, The Satanic Verses by Salman Rushdie, following pressure from the leaders of the Muslim community. Today, India continues its banning spree, reflecting the deep and growing unease with the freedom to express, an unease which goes back to the time when the Constitution was seventeen months old and measures were put in place to check its steps forward. Since then, twenty-five books have been officially banned, including Joseph Lellyweld’s Great Soul: Mahatma Gandhi and His Struggle with India, James Laine’s Shivaji: Hindu King in Islamic India, and Aubrey Menen’s The Ramayana.

During the 1950s, print, representing all shades of opinion, held sway. One might have thought that those who fought hard for India’s freedom would have also fought for the right to free speech in the framing of the constitution. Yet, for Prime Minister, Jawaharlal Nehru, Vallabhai Patel and others, the real challenge came from free speech of a critical press representing the Left and the Right. And unlike America’s First Amendment, which imposed restrictions on the state from curbing free speech, such restrictions were not put in place in the First Amendment to the Constitution of India.

India’s First Amendment, vigorously contested in Parliament by both the Left and Right parties, allowed states to make laws in the interests of the security of the state, friendly relations with foreign states, public order, decency or morality or in relation to contempt of court, and defamation or incitement to an offense. Additionally, since the 1950s, there has been a shift in who calls for bans. Unlike the state – which exercised its right to ban books – publishers, religious groups, caste groups, and corporates have claimed offense and sought bans on not only books, but also films, plays, and music. In many ways, the First Amendment, has also legitimized the people’s right to take offense and seek bans.

Within the past three months, five books have disappeared from Indian bookstores; books on corporates, religion, and caste. The annihilation of all copies of The Hindus: An Alternative History by Wendy Doniger, has only brought the attention back to the question of who represents the majority seeking a ban on a book. Reliance, the largest business house in India, has brought a legal suit against the authors of Gas Wars: Crony Capitalism and the Ambanis, and has asked them to withdraw the book or face criminal and civil charges for defamation.

Delhi-based publisher, Navayana, recently decided to cancel the publication of the English translation of Joe D’Cruz’s first Tamil novel, Aazhi Soozh Ulagu (Ocean Ringed World), in the wake of the author’s endorsement of Narendra Modi, who is positioning himself as the future Prime Minister of India.

What happens to free speech when it is stifled? In 1991, as India embarked on the path of economic reforms, two things were happening almost simultaneously. As William Mazarella says in Censorium, “Many explained the censorship struggles of this period as symptoms of a clash between two formations: on one side, the process of globalization and economic liberalization that had opened up Indian consumer markets and brought a deluge of mass communication, and on the other side, the rise to mainstream power of an aggressively conservative form of Hindu nationalism – apparently, the clash had produced a new confrontation between (threatened) liberal politics of tolerance and secularism and a surging chauvinist politics of intolerance, of which the intensification of censorship was one outcome.”

However, Hindu nationalism was just one aspect of this manifestation of intolerance. The grounds for free speech are shrinking by the day. A whole new cast of characters has appeared on the scene, taking offense to everything. The state has played a willing accomplice in the ban game, and courts’ decisions have often not been balanced. In the case of Shivaji, author James Laine said he was unwilling to edit his book as suggested by the court. The Supreme Court quashed the ban on his book but the verdict came with a caveat directing Laine to edit some portions. Laine held on to his right to express himself and the Maharashtra Government declared that the publishers had decided to withdraw the book, which earned the goodwill of the Maratha community.

For many groups, it is often religious faith, belief, aspersions cast on their leaders, or derogatory references to their caste that cause them to seek a ban. Dinanath Batra, the man behind the Shikha Bachao Andolan Samiti, the group that advocated for Penguin destroying all copies of Wendy Doniger’s book, says an incorrect, offensive interpretation of Hinduism had injured his religious feelings, which is an offense under Indian law but only after a mala fide intention is established by the courts. In the case of Doniger’s book, Penguin did not even contest Batra’s claim and caved in. A similar issue occurred in 2012 when Dalit communities demanded a ban on a cartoon of Amebedkar in a school textbook. The cartoon was subsequently removed, as the Congress-led United Progressive Alliance did not want to offend a politically important community.

Along with the liberalization of the 90s was the information explosion which began with the advent of freeing television from government control. As a wary government went on damage-control to bring forth legislation to rein in the media, corporates stepped in. Their ownership has only brought in a further consolidation of powers; the state, politicians (some of whom have stakes in media houses), and the corporates raising questions about a convergence between content providers and companies who own the news channels. The convergence of the government and corporates was evident in the manner in which speech was sought to be muzzled when a press conference about collusion between a leading corporate house and the government was blacked out by national television channels. When one considers that close to thirty-eight politicians in nine states own or have a stake in newspapers and television and nearly ten large corporates control much of the media, it is fair to question the objectivity of the news put out for dissemination.

The Indian government’s control of free speech and democratized public space is also being regulated by the Information Technology Act. Two years ago, Telecommunications Minister, Kapil Sibal asked intermediaries, Google and Yahoo, to pre-censor content. In the name of curbing hate-speech, the Government also blocked Twitter handles critical of the government and congress party leaders. The Act was passed in Parliament without much debate. Its regulatory provisions are being fought by people in the courts.

Privately produced news continues to remain banned on radio in India, and attempts to include news content by private providers have been thwarted by both the Congress and the BJP governments in the name of maintaining law and order. Radio is a cheaper medium compared to television, and unlike newspapers, can be heard by both literate and illiterate alike. At the current time, several social groups are fighting the government in the courts. We await the verdict.

Anuradha Raman is Senior Associate Editor with the Political Bureau of Outlook Magazine. She is a CASI Spring 2014 Visiting Fellow.