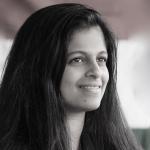 Every year, the Indian government spends considerable resources on public infrastructure programs designed to provide citizens with access to basic amenities such as water, sanitation, electricity, and roads. Although such efforts have the potential to greatly improve the standard of living of ordinary citizens, these programs have been widely criticized for being mired in political influence. But how does political influence actually shape the implementation of public infrastructure programs in India? Addressing this question can help us understand whether such programs have merit even if political interference in them cannot be avoided.

My research sheds light on this question through an analysis of the Pradhan Mantri Gram Sadak Yojana (PMGSY)—a nation-wide rural roads scheme launched by the central government in 2000. The PMGSY is one of the central government’s largest flagship schemes for rural areas and received an allocation of 28 percent of the Ministry of Rural Development’s overall budget between 2012 and 2017.

By many measures, the PMGSY has been a resounding success. Since its inception, it has succeeded in providing all-weather connectivity to over one lakh rural habitations across India. Recent research by Sam Asher and Paul Novosad has also shown that new paved roads under this scheme significantly increased rural employment. At the same time, other research by Jonathan Lehne, Jacob Shapiro, and Oliver Vanden Eynde has documented widespread malfeasance and corruption in the implementation of the scheme. Thus, while the prevalence of political influence in the implementation of this scheme has been widely acknowledged—the effects of such influence seem to be mixed. When and why does political influence lead to public goods provision and development? When does it—instead or also—lead to corruption and rent-seeking?

Key insights on this question can be garnered by considering the incentives of ministers in the state government who exercise control over the implementation of the PMGSY.  Since India is a parliamentary democracy, ministers’ own career prospects are strongly shaped by the electoral success of their fellow party members. Thus, if delivering public goods to voters brings electoral gains for incumbents, these ministers will have an incentive to help their partisan colleagues in the state assembly deliver roads to their constituents. However, since the rents that incumbents can gain from road provision are essentially private goods, ministers will have an incentive to concentrate rent-seeking opportunities in their own hands at the expense of their partisan colleagues. In fact, since rent-seeking by fellow party colleagues may erode the party’s reputation amongst voters, ministers should seek to limit their party colleagues’ access to rent-seeking opportunities.

To examine these ideas, I use data from the government’s own online management and monitoring system for the PMGSY which contains data on tens of thousands of individual road projects across India. My analysis focuses on road projects located in the BIMARU states and their offshoots (Bihar, Madhya Pradesh, Rajasthan, Uttar Pradesh, Chattisgarh, Jharkhand, and Uttarakhand) where—owing to the historically poor quality of infrastructure in the region—the provision of rural roads is a highly salient issue. To shed light on how incentives of political incumbents shape the implementation of the PMGSY, I use geographic information software to match each road project to the constituency of a given incumbent state legislator. These data allow me to examine how ministers, and ordinary legislators who may or may not have partisan ties with ministers, influence the implementation of the PMGSY in their constituencies.

My analyses strongly support the idea that ministers seek to help their more junior partisan colleagues deliver public goods, but also seek to minimize their colleagues’ access to rent-seeking opportunities. Specifically, the analyses reveal that incumbents aligned with the ruling party show a greater ability, on average, to deliver infrastructure outputs regardless of whether they are ministers or ordinary legislators. However, when it comes to rent-seeking opportunities—measured through a variety of indicators including spending “leakages,” inefficiencies in contractor selection, the quality of road construction, and expenditures on unproductive projects—ministers’ constituencies consistently benefit, on average, at the expense of the constituencies of ordinary ruling party legislators. These analyses rely on several techniques to increase confidence that these results are not driven by factors other than the incumbent’s partisan alignment and ministerial status.

Moreover, additional analyses suggest that the differences between ministers and their junior colleagues described above are not simply due to the fact that the latter are less powerful than the former. Instead, they suggest that ordinary legislators are able to take advantage of their partisan alignment with ministers when it comes to pressuring the bureaucracy to get roads completed and when it comes to accessing discretionary expenditures to be used for productive road projects. However, their partisan alignment with ministers puts ordinary legislators at a disadvantage when it comes to accessing rent-seeking opportunities. In particular, while these legislators have an advantage in accessing discretionary expenditures for productive projects, they suffer a disadvantage when it comes to accessing expenditures on unproductive projects, which are typically a source of rents. Moreover, these legislators are at a further disadvantage in terms of rent-seeking when they share an administrative district with a co-partisan minister in charge of roadworks, suggesting that it is these ministers who are shaping their party colleagues’ access—or lack thereof—rent-seeking opportunities.

Therefore, while public infrastructure programs like the PMGSY in India and elsewhere are often mired in political influence, the effects of this political influence are not necessarily harmful overall even if political elites with control over infrastructure provision are actively pursuing opportunities for private gain. The reason is that these political elites must balance their desire for private gain with their desire to ensure their continuity in office which—in a democratic parliamentary system—means trying to protect or enhance their parties’ reputation amongst voters. Thus, while ministers with control over infrastructure provision seek to extract personal rents, they also seek to enhance the delivery of public goods in the constituencies of their junior partisan colleagues. In sum, political influence in the implementation of development programs is not always harmful and this research sheds light on when and why this is the case.

Anjali Thomas Bohlken is an Assistant Professor at the Sam Nunn School of International Affairs, Georgia Institute of Technology.