Data, Development, and Democracy: A View from India’s Periphery 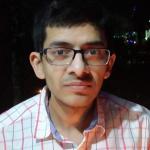 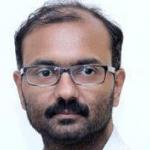 In less than half a decade, the Indian economy has suffered three major shocks in quick succession – demonetization of high denomination currency notes (2016), mismanaged transition to the Goods and Services Tax (GST) regime (2017) and COVID-19 pandemic (2020). On each of these occasions, the unavailability of reliable and timely data tied the hands of policymakers and exposed critical gaps in official information systems. Most recently, official statistics on COVID-19 have been criticized for both delays and under-reporting of incidence and deaths amidst the government’s inept response, blamed on the poor quality of its migration and economic statistics among other things.

Public debate generally focuses on the immediate crisis, neglecting the broader context of India’s growing data deficit. Questions on the quality of COVID-19 statistics are, for instance, being raised in a vacuum, in isolation from the larger problem of data deficit in the country that encompasses several other government sources of information such as the census, National Sample Surveys (NSS), and National Accounts.

There is a need to understand the government’s capacity to generate reliable information by locating its statistical systems in their wider political and economic contexts. The experience of India’s landlocked and restive periphery stretching from Jammu and Kashmir to Mizoram aptly illustrates the context dependence of data quality. Most peripheral states are constrained by locational disadvantages, including landlockedness, difficult terrain, dense forest cover, and lack of physical connectivity. This constrains the government’s developmental outreach. It also hinders people’s access to educational and healthcare facilities as well as markets. Because of these structural disadvantages and limited tax base, the peripheral states were designated as special category states eligible for preferential federal support.

Decades of preferential treatment notwithstanding, the periphery remains a site of sustained underdevelopment. New Delhi’s top-down approach to development obsessed with investments in physical infrastructure has fueled corruption in the form of heavy administrative overheads and stymied local entrepreneurship that is anyway hamstrung by insurgencies and remoteness. As a result, the tax base of peripheral states remains small, making them dependent on preferential federal transfers that support bloated public sectors. Lack of opportunities outside the public sector forces the state governments to continuously expand public employment that further deepens their dependence on federal transfers. However, despite massive overstaffing, the public sector has failed to keep up with the burgeoning ranks of unemployed college graduates.

The periphery is also marked by a sustained democracy deficit. This is reflected in unresolved insurgencies that challenge the legitimacy of the state, the retention of the Armed Forces Special Powers Act in spite of opposition from the people and against the recommendations of government-appointed committees, involvement of law enforcement agencies in extrajudicial killings, prolonged information blackouts, and appointment of retired army, paramilitary, and police officials and bureaucrats with experience in internal security matters as governors.

Furthermore, most instances of manipulation, curtailment, and the cancellation of censuses and surveys have been reported from the periphery. Several peripheral states have not yet seen proper cadastral and cartographic surveys. Political instability (Jammu and Kashmir in 1951), civil unrest (Assam in 1981), and insurgency (Jammu and Kashmir in 1991) have occasionally led to the cancellation of censuses in the periphery. The NSS, the most important source of household level data on India, is unable to generate representative estimates of even basic socioeconomic indicators for states/union territories like Jammu and Kashmir and Nagaland. The geographical scope of surveys is often restricted in peripheral states due to political unrest. In the past, these states, which account for barely five percent of the country’s population, have accounted for more than half of all the sampling units in the country that could not be covered by the NSS.

A lesser known aspect of the problem of data deficit is the manipulation of government statistics by people who are deeply dependent on public resources. A lack of trust in public institutions that distribute resources on the basis of reported numbers and measured disadvantages has triggered what can be called ethno-statistical entrepreneurship across India’s periphery. In recent years, Nagaland, Kashmir, and parts of Manipur have witnessed widespread manipulation of census aimed at securing greater representation in the legislature and a larger share in the public pie.

The periphery, therefore, finds itself trapped in a web of data, development, and democracy deficits. Stepping away from the external periphery, one finds that similar problems plague government statistics in the internal periphery, which includes slums and tribal pockets in central India, that together account for a sizeable area and population of the country.

The growing clamor in developing countries like India for evidence-based policymaking overlooks the poor quality of government statistics. Attempts to mechanically fix data quality through the introduction of better data collection and processing tools alone will not help as the data deficit is embedded in a mutually constitutive relationship with democracy and development deficits. Not coincidentally, the digital databases of the Indian government are deficient in the very areas where its traditional databases are incomplete or flawed. So, statistical reforms that resort to technological, legal, and administrative solutions without strengthening democratic institutions and attending to the development deficit are unlikely to succeed.

Reforms are needed in the medium to long run that strengthen the Right to Information and rebuild the autonomy of the judiciary, media and the Comptroller and Auditor General (CAG) all of which are essential for a more effective oversight of government statistical machinery. At another level, peaceful resolution of insurgencies, administrative reforms that improve the functioning of government bodies including statistical organisations, and electoral reforms and fiscal and political decentralisation that restore trust in government bodies as neutral arbiters are needed.

Even as the government pursues the deeper and wider reforms, it also needs to introduce multipronged and incremental statistical reforms supported by statistical audits because a major overhaul of the existing statistical bodies is difficult due to resource crunch. One, official statisticians should restrict their activities to fulfill their constitutional, statistical, and policy obligations rather than collect data for a theoretically desirable set of variables or academically useful variables. Two, official statisticians should revive the earlier practice of releasing detailed methodological and descriptive reports that help understand the larger context of data. Three, official statisticians should publish tabulation plans and a calendar for the release of data in advance to minimise growing political interference that delays the release of inconvenient statistics. Finally, there is a need for a greater engagement between official statisticians and various stakeholders across the lifecycle of datasets. Inclusive public outreach will not only address the problem of non-response or obstruction of surveys on the ground but will also improve the acceptability of published data.