"Why the Rise of Regional Parties Isn’t So Bad," Adam Ziegfeld. India in Transition. October 11, 2010

The Politics of Pre-Election Alliances in India 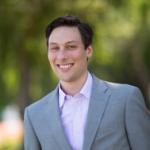 A funny thing happened in late 2015 in the north Indian state of Bihar. In the state legislative election, the Bharatiya Janata Party (BJP) won far more votes than any other party. Nevertheless, the BJP emerged as only the third-largest party in the legislature. In a country like India, whose first-past-the-post electoral system usually advantages the largest party, how does a party lose an election even as it wins the most votes?

The answer involves pre-election alliances, which occur when two or more political parties agree not to field candidates against one another. Rather, the allied parties divide up the seats so as to field just one candidate from the alliance in each constituency. Ideally, an alliance consolidates multiple parties’ supporters behind a single candidate, maximizing the likelihood that the alliance’s candidates win in each seat.

Pre-election alliances go a long way in explaining why the BJP lost the 2015 Bihar election. By forming an alliance known as the Mahagathbandhan, the BJP’s three main opponents—the Janata Dal (United) (JD[U]), Rashtriya Janata Dal (RJD), and Indian National Congress—ensured that most races were two-way contests between the BJP (or one of its smaller allies) and a Mahagathbandhan candidate. Combined, the parties of the Mahagathbandhan outpolled the BJP. As a result, most BJP candidates lost. Only eighteen months earlier in the 2014 national election, the BJP had won a similar vote share, but the JD(U) and RJD had not been in alliance. With the non-BJP vote divided, the BJP coasted to victory in most seats. Thus, on a similar vote share, the BJP won one election but lost another.

The case of Bihar in 2015 is not unusual within India. Pre-election alliances are common and frequently determine who wins and loses an election. From 2004 through early 2015, about half of all parties winning more than 1 percent of the vote in elections held in India’s large states were part of a pre-election alliance.As the Bihar case illustrates, parties can win and lose elections before the first votes are ever cast, based on the alliances they do—or do not—form.

If alliances like the Mahagathbandhan in Bihar can prove so electorally beneficial, why don’t all parties enter into alliances in every election? Of course, in predominantly two-party states, there are few opportunities to form alliances. Elsewhere, however, one way to think about this question is in terms of the dilemma facing politicians. Pre-election alliances force party leaders to trade-off short-term benefit for potential long-term cost.

On one hand, by forming an alliance, politicians increase the likelihood of winning the election immediately in front of them. For a large party, an alliance can help it defeat its main rival and ultimately form a government after the election. For a small party, whose likelihood of winning many seats in a multi-cornered race is often low, pre-election alliances can allow them to win far more seats than they otherwise could without the support of a larger party.

On the other hand, pre-election alliances pose long-term risks. Parties in alliance frequently contest in the same seats in successive elections. They are just as frequently absent in a different set of seats where they repeatedly ask their supporters to vote for another party. Over the long term, parties risk losing support in places where they seldom compete. Or, if a party had little support in the areas it does not habitually contest, alliances virtually guarantee that the party will not expand into these areas. These risks are particularly acute when alliance partners draw support from similar social groups and geographic areas. Why should a voter remain loyal to one party known to draw support from her social group when she repeatedly votes for another party that also draws support from her social group?

One way that parties can manage the risk associated with alliances is to ally with parties that are dissimilar in terms of social and geographical support. This strategy of dissimilarity of support base flies in the face of much conventional wisdom on party behavior, which predicts alliances only between parties that are ideologically similar. Think, for example, of politics in most of Western Europe’s multiparty democracies, where alliances—both pre- and post-election—typically include ideologically similar parties. For example, Sweden’s current government includes two moderate left-of-center parties and excludes the various right-of-center parties as well as a far-left party. In a context like India, where parties garner support based more on their ability to get things done for voters than on their policy stances or ideological purity, ideologically incongruous alliances are less likely to impose a high cost at the polls. Meanwhile, alliances between parties dissimilar in terms of who their supporters are can help parties protect their respective support bases.

Of course, India has many examples of alliances between ideologically similar parties. The communist-led alliances in Kerala, Tripura, and West Bengal are prime examples of ideologically similar parties forming longstanding alliances. Moreover, the dissimilarity logic has its limits; most parties with heavily Muslim support bases are loathe to ally with the BJP because of its Hindu nationalist leanings.

Nevertheless, thinking of alliances in terms of the value of dissimilar support bases can be surprisingly helpful in making sense of events in India. Consider Kerala, in South India. With its two major alliances, the Left Democratic Front (LDF) and United Democratic Front (UDF), Kerala appears to be a case in which ideologically similar parties ally. But a closer look also reveals examples inconsistent with that logic. For example, the UDF has frequently included Marxist-oriented parties, an outcome entirely unpredicted by assumptions that only like-minded parties ally. Indeed, the UDF exemplifies the logic of dissimilarity, as its main constituents appeal to vastly different social groups concentrated in different parts of the state: Hindus (Congress), Christians (Kerala Congress [M]), and Muslims (Muslim League). Because these parties appeal to very different support bases, each one is less likely to poach the others’ supporters.

Even some cases of ideological similarity can equally be interpreted as cases of support base dissimilarity. For many years, the BJP and the Shiv Sena in the state of Maharashtra enjoyed a stable alliance, undergirded by both parties’ Hindutva-oriented agendas. However, the parties are also dissimilar in important regards, drawing on entirely distinct sets of supporters in the city of Mumbai. Whereas the Shiv Sena long fielded candidates primarily in Maharashtrian areas of the city, the BJP contested in areas dominated by non-Maharashtrians. This point of dissimilarity was also crucial in cementing the parties’ alliance.

Over the past twenty years, party politics in India has become increasingly fragmented, with multiple major parties competing for power and votes in most parts of the country. During this time, most observers have focused on the multiparty coalitions formed after elections at both the national level and in many states. But this fragmented politics, in which few Indian states exhibit two-party competition, also means that pre-election alliances are here to stay and, along with them, a politics of very strange bedfellows.

Adam Ziegfeld is the International Council Assistant Professor of Political Science and International Affairs at The George Washington University in Washington, DC. His research focuses on electoral and party politics in India, and he is the author of Why Regional Parties? (Cambridge University Press, 2016).