How Indian Voters Use Skin Color to Choose Candidates 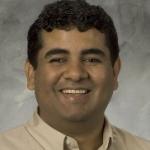 Indians care about skin color. Doctors will tell you there are two things that parents want to know about a new born: their gender and their skin tone. In 2014, people in India spent Rs. 3,695 Crores ($550 million) on fairness products; cosmetic conglomerate advertisements constantly remind consumers that success in marriage and the job market are only a fairness cream away. But can fair skin enable candidates to win elections? To study electoral consequences of candidate skin color, I teamed up with Susan Ostermann, Assistant Professor at the University of Notre Dame (starting fall 2017) and Aashish Mehta, Development Economist at UC Santa Barbara.

During elections, typical voters are not well-informed about candidates. As a result, voters typically use shortcuts to make broad judgments about candidates most likely to represent their interests, paying attention to factors such as party affiliation, caste, religion, and/or gender. Our research found that Dalits (and the poor, in particular) express support for dark-skinned candidates more frequently than the rest of society—findings that were later published in the Journal of Race, Ethnicity, and Politics in 2016.

Fair is Lovely
Research from all over the world has established that voters do respond to the physical appearance of candidates, including skin tone (referred to by scholars as colorism). Generally, fair skin is preferred to darker skin. In the United States, for example, lighter-skinned African Americans are more likely to be elected to office than those who are dark-skinned.

We surveyed 599 randomly chosen voters to determine if skin tone does in fact influence voters’ perceptions of candidates, and what this influence might look like. These voters were selected from across six polling stations: three from South Delhi (a relatively affluent area) and three from East Delhi (a relatively poor area. Post-hoc analysis of our data indicates that our sample was fairly representative in terms of caste, socio economic status, and gender. We created three candidate profiles of a hypothetical candidate running for office. They included the same man’s photograph—with his skin tone modified to be recognizably fair, wheatish, or dark—and an identical campaign promise designed to be ideologically neutral. We showed each voter only one randomly assigned photograph and asked whether they would vote for the hypothetical candidate if he were to run for office in their assembly constituency. Our surveyors recorded each voter’s willingness to support the potential candidate and that voter’s own skin tone. We also asked our respondents about their caste, income, education, and other relevant attributes. As expected, the three sub-groups of voters were not entirely similar in terms of demographic and socio-economic characteristics (we addressed these imbalances with the help of statistical techniques).

Our research indicates that the general preference for fair skin tone found in the rest of the world is also present in electoral politics in Delhi. But it is weak—not because people do not discriminate based upon skin tone in electoral contexts, but because candidate skin color preferences are diverse. True to the impulse behind colorism, all our respondents showed substantial support for the potential candidate with fair skin tone, enjoying an 8 percent advantage over other candidates in our survey. This advantage may explain why most Indian politicians are depicted in posters with a lighter skin tone than they actually have. Interviews with makers of political posters point to a widespread practice of lightening of the politician’s complexion.

Dark is Also Lovely
The expected preference for the light skin tone was matched, at least among some groups, by relatively strong support for the candidate with the dark complexion. This unexpected support for the dark-skinned candidate came from marginalized groups, the poor, and Dalits. Among the respondents in these two categories, the difference in the support for the fair- and dark-skinned candidates was small and not statistically significant. The poor and Dalits appear to treat dark skin color as an implicit marker for lower caste and lower socio-economic status, even though these groups are not mobilized by overt skin color-based appeals. This behavior is not irrational; our data also indicate that survey respondents from these marginalized groups are darker-skinned, on average, than their counterparts from higher caste and socio-economic backgrounds. A dark-skinned candidate likely appears familiar to these voters when they think about choosing someone who will represent their interests.

Why is this Important?
In Delhi and throughout India, Dalits and the poor form a substantial portion of the electorate. In a democratic context, in which numbers matter and where Dalits and the poor turn out to vote, support for dark-skinned candidates among the marginalized suggests that dark-skinned candidates can be elected to office despite evidence of colorism we find among certain segments of the population. Our analysis of the Delhi state legislature and national parliament confirms there are a significant number of dark-complexioned candidates in elected office in India. To assess the skin tone of legislators on a scale, we built a dataset that contained multiple pictures for each legislator (we did not use their official portrait picture which tended to be lighter than their actual skin tone). We found that 28.5 percent of the members of parliament elected in 2014 and 25 percent of the members of the Delhi State Legislative Assembly elected in 2013 have dark complexions. The election of substantial shares of dark-skinned politicians associates dark skin with power and prestige in the public sphere, and can therefore potentially reduce the longstanding stigma associated with dark skin tones in India.

Our exploratory study raised as many questions as it answered. Going forward, it will be crucial to examine whether or not this bias in favor of fair skin manifests similarly between rural and urban areas, North and South India, and male and female candidates.

Amit Ahuja is an Associate Professor of Political Science at the University of California at Santa Barbara.