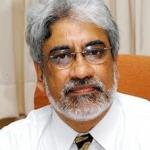 The Indian government has recently announced a major expansion in government-sponsored science education in India. Particularly interesting among the nearly ninety new institutions planned are five Indian Institutes of Science Education and Research (IISER) in Pune: Kolkata, Thiruvananthapuram, Chandigarh and Bhopal. These IISERs would combine advanced scientific research with the teaching of undergraduate and post-graduate degree courses in the basic sciences.

The establishment of the IISERs is noteworthy because it attempts to correct a key misguided policy of post-independence India that separated teaching from research. Under that policy, excluding a few exceptions, Indian undergraduate education took place in colleges, post-graduate education in universities, and research in institutes. Moreover, driven by a desire to push the country quickly to the frontier of science, India’s government allocated resources disproportionately to the institutes at the expense of the colleges and universities. The result, not surprisingly, was dismal. Teaching without the excitement of original research created dull and disheartening intellectual environments in colleges and universities, thereby discouraging all but the most dedicated from pursuing careers in science. Research without teaching deprived researchers in institutes of daily interaction with the bright young minds that keep creative instincts active. In that environment, research became largely imitative and sterile. Today, India’s universities – after taking into account those who pursue research abroad – do not graduate enough motivated students for the research institutes in the country. Similarly, the institutes almost exclusively offer doctoral programs and produce fewer scientists who can teach in colleges and universities and create a vibrant culture of research.

Aware of this conundrum, the Planning Commission of India recommended recently that eminent research institutes like the Tata Institute of Fundamental Research (TIFR) and the Indian Institute of Science (IISc) embark upon undergraduate education by establishing, for example, a TIFR-College and an IISc-College. The idea has had little traction with institutes however and has produced additional skepticism. Some of the researchers are concerned that teaching duties will seriously impair their ability to conduct world-class research, despite overwhelming evidence to the contrary. They also argue that the institutes will diminish their appeal to dedicated researchers by emphasizing teaching; no longer as respected a profession as it once was. Today, institutes have focused instead on their immediate need for more doctoral students by starting integrated master’s and doctoral programs, acquiring deemed university status, organizing country-wide entrance examinations, and expanding outreach programs. These efforts have so far made only a marginal difference. In this impasse, it is extremely significant that the newly formed IISERs have embraced the successful American university model of post-war years that combines teaching and research in a single institution.

The IISER initiative, however, is not without its detractors who suggest that the resources are better used in rescuing the university system, which produced higher quality science in the pre-independence days than today’s institutes. The other side claims, with some justification, that the failing universities cannot be rescued in the short run, and that a country of India’s size, with a rapidly expanding middle class, can easily afford a few more excellent educational institutions. The evidence on the ground is encouraging for the IISERs. They are led by eminent academics, known for both research accomplishments and commitment to a modern and well-rounded education. The students enrolling in these “elite” institutions are excellent and highly motivated. The government promises substantial financial and infrastructural support, including innovative stipend schemes that address the changed demographics of students and researchers who are increasingly from less affluent parts of society than in the past. One can reasonably expect that the domestic industry and business houses, sensitized to the country’s need for well-trained manpower, will provide additional resources in due course.

But all is not well. India faces an acute shortage of qualified teachers for recruitment by these new institutions. The scarcity is bound to get worse for at least a decade or longer. The problem is indeed far more serious than meets the eye. Academic institutions are especially sensitive to conditions that exist at the time of their inception. A rapid recruitment of less-then-stellar faculty can quickly doom these institutions to a future of mediocrity.

The current scarcity of teachers requires innovative and unconventional approaches. One way to leverage the scope and range of instruction is to adopt Internet-based methods. If all the IISERs are interconnected with a large bandwidth, for example, they can share the primary classroom lectures, with the attendant demonstrations delivered at one physical location and simulcast at all campuses, or even downloaded for rebroadcast at other times. Properly designed, some of the laboratory instruction material can also be similarly shared. The bulk of the teaching in the classrooms can be shouldered by India’s large pool of senior and recently retired teachers. This will reduce the teaching load for the young faculty who can devote more time to starting their research programs. (Retired teachers and scientists are already being recruited by the IISERs with some success).

Younger faculty should be encouraged to teach from the very beginning, consistent with the vision of the IISERs. This can be done effectively through a tutorial-style teaching of students in small and intimate groups, long a mainstay of the Oxbridge system. This will also encourage young undergraduates to start working with the junior faculty at the inception stages of the research programs. A hands-on experience on a start-up research program is by far the most inspiring and useful training a student can ever get. Similarly, participation of young talent, when it is most needed, will be a major boost for the fledgling research programs of the faculty. Additional strategic help can come from the newly established national agency of science funding: the Science and Engineering Research Board (SERB), hailed as India’s National Science Foundation (NSF). SERB would do well to address the real crisis facing scientific research in the country today, namely, a serious shortage of credible researchers who can effectively utilize the funds they plan to dispense. One hopes SERB will embrace the NSF’s stringent requirement that the funded research programs contain serious efforts of outreach and involve the younger student community. Implementing such a policy will partly address skepticism about the need for this new agency, as it will also have a much-needed multiplier effect and will further strengthen the mandate of the IISERs.

The IISERs face other “start-up problems” as well. Establishing globally competitive laboratories with necessary infrastructure is a time-consuming process. In the interim, they may not be able to compete effectively in recruiting young researchers as faculty. Their primary rivals – the research institutes – offer significantly better infrastructure, less teaching responsibilities, and are also looking to fill positions vacated by the impending retirement of a large number of senior researchers. However, the absence of existing infrastructure in the IISERs actually provides a rare opportunity of designing and building new space in architecturally innovative ways that maximize utility, ambience and interactions. Large, well-designed and modern laboratories, teaching and office space – nearly impossible to obtain in the older institutions – can indeed provide a partial compensation for the delayed start in research.

One of the most urgent tasks in moving India’s education agenda forward is developing a modern undergraduate science curriculum that combines a multi-disciplinary approach with pedagogic rigor that is appropriate for today’s research needs. The IISERs are in a perfect position today to have a major impact on such an enterprise because of their significant resources, ambitious mandate, and clean slate. Yet another multiplier effect can be realized if a large number of colleges adopt such a curriculum. This will help in creating an academic infrastructure that can deal with the avalanche of undergraduate students who will undoubtedly stretch India’s educational resources to its limits in the near future. In this environment, the IISERs will have to succeed using inventive approaches equal to the tough challenges they face.

Dr. Shobo Bhattacharya is a Distinguished Professor in the Department of Condensed Matter Physics and Materials Science, Tata Institute of Fundamental Research (TIFR), Mumbai, India. He is the former Director of the TIFR and is currently on a sabbatical leave at the Trinity College and the Cavendish Laboratory, Cambridge University, UK.