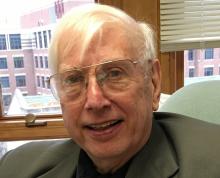 About the Speaker:
Walter Andersen is Senior Adjunct Professor of South Asia Studies at the School of Advanced International Studies (SAIS), Johns Hopkins University. He is the author of The Brotherhood In Saffron: The Rashtriya Swayamsevak Sangh And Hindu Revivalism (Westview Special Studies on South and Southeast Asia, 1987), which was selected by the Tata Literature Live awards committee as the best non-fiction book published on an Indian topic in 2018; and is co-author (along with Shridhar D. Damle) of RSS: A View to the Inside (Viking Press, forthcoming). He was a teaching intern at the University of Chicago, on the Political Science faculty at the College of Wooster (where he administered a junior year abroad program for the Great Lakes Colleges Association) and also taught at the University of Georgia. Professor Andersen worked as a staff member for a Democrat member of Congress from Ohio before joining the US State Department. He served overseas in South Asia, including as special assistant to the US Ambassador to India, William Clarke, as well as in Washington, D.C. where he retired in 2004 as head of the Office of Research for South Asia. He subsequently joined the faculty at SAIS where he became Administrative Director of its South Asian Studies Program. Since 2010, Professor Andersen has also taught graduate International Relations seminars at Tongji University in Shanghai. He has written extensively on religious politics and is currently doing preliminary research on a book that will analyze the intersection of law and religion in India. He will retire from SAIS at the conclusion of Spring 2019 semester.

About the Lecture:
The Hindu nationalist Rashtriya Swayam Sevak Sangh (RSS) and its 100 affiliated organizations over the past twenty-five years have come to assert significant influence in India. These affiliates have penetrated virtually all areas of Indian society in fields as varied as labor, politics, the press, education, and the Hindu ecclesiastical establishment. Its political affiliate, the Bharatiya Janata Party (BJP), is India’s ruling party, and Prime Minister Narendra Modi is a former full-time RSS worker. Professor Andersen's forthcoming book on the subject, The RSS: A View to the Inside, is something of a sequel to his earlier book, The Brotherhood in Saffron. In this lecture, Professor Andersen will address three basic questions about the RSS that are analyzed in nine case studies in the new book: 1) Why has the RSS and its affiliates expanded so rapidly over the past twenty-five years? 2) How have these organizations evolved to reflect their much more diverse membership? 3) What factors drove the RSS’ increased political involvement and how does the RSS’ evolution impact the country’s politics and policy, including the prospects for secularism and democracy?