Can Two Wrongs Make a Right?: Insights from the Development of the Home Mortgage Market in India 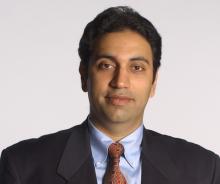 About the Speaker:
Vikramaditya Khanna is the William W. Cook Professor of Law at the University of Michigan Law School. He earned his S.J.D. at Harvard Law School and was the Bruce W. Nichols Visiting Professor of Law in Fall 2013 at Harvard Law School. He has also been a Senior Research Fellow at Columbia Law School and Yale Law School, and a Visiting Scholar at Stanford Law School. He received the John M. Olin Faculty Fellowship in 2002–2003, and his interest areas include corporate and securities laws, law and legal issues in India, corporate crime, the globalizing legal profession, corporate governance in emerging markets, and law and economics. He is the founding and current editor of India Law eJournal and White Collar Crime eJournal at the Social Science Research Network, and has served as Special Master in a dispute involving an Indian and American company. He has testified at the U.S. Congress and his papers have been published in, or are forthcoming in, the Harvard Law Review, Michigan Law Review, Journal of Finance, Journal of Econometrics, Supreme Court Economic Review, Journal of Law, Economics and Organization, American Journal of Comparative Law, and the Georgetown Law Journal. He has been quoted in news publications in the U.S., India, Germany, Switzerland, Brazil, and the United Kingdom, and has given talks at Harvard, Columbia, Stanford, Yale, Berkeley, Wharton, NBER, ALEA, and other venues in the U.S., India, China, Turkey, and Greece amongst others, including a keynote in Brazil.