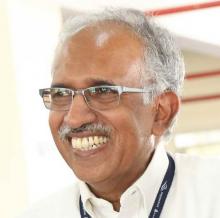 About the Speaker:
Thulasiraj Ravilla is the Executive Director at Aravind Eye Care System (Tamil Nadu), where he has been an active member of the leadership team since 1981. In 1992, he shifted his focus to capacity building and management training by setting up the Lions Aravind Institute of Community Ophthalmology (LAICO) which, by 2018, had shared best practices with about 350 hospitals in India and 28 other countries.