in partnership with Comparative Politics Workshop 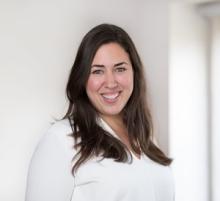 About the Seminar:
When and how can the state help to solve market failures and reduce market frictions? We consider the role of the state play in connecting out-of-labor-force youth, particularly women, to jobs in India. Specifically, we study a state-led program where bureaucrats and female frontline workers recruited rural Indian youth to join training and formal sector jobs. Leveraging variation in recruitment mechanisms, administrative data show that state-led recruitment doubled females’ training enrollment and job placements, but had no effect for males. These gender-specific impacts could reflect higher returns to information and opportunities for women (the ``opportunity effect’’) or increased support for women’s participation (the ``representation effect”). To adjudicate these channels, we conducted a randomized experiment that varied information and incentives to female frontline recruiters. Contrary to expectation, frontline recruiters do not drive increased enrollment or employment. Instead, success derives in part from how bureaucrats centralized information about training and jobs, increasing women’s access to more training agencies and jobs. Centralization was less relevant to males, who faced lower matching frictions. These findings highlight the crucial role government can play in overcoming gender-specific labor market frictions.

About the Speaker:
Soledad Artiz Prillaman is an Assistant Professor of Political Science at Stanford University. Her research lies at the intersections of comparative political economy, development, and gender, with a focus in South Asia. Specifically, her research addresses questions such as: What are the political consequences of development and development policies, particularly for women’s political behavior? How are minorities, specifically women, democratically represented and where do inequalities in political engagement persist and how are voter demands translated into policy and governance? In answering these questions, she utilizes mixed methods, including field experiments, surveys, and in-depth qualitative fieldwork. She received her Ph.D. in Government from Harvard University in 2017 and a B.A. in Political Science and Economics from Texas A&M University in 2011.