(with Rachel Brulé and Alyssa Heinze) 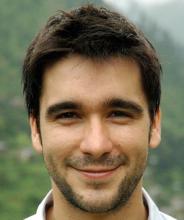 About the Seminar:
While descriptive representation of women has increased, ensuring their inclusion in political institutions, these institutions rarely include subsequent guarantees to protect the voice of elected women. Indeed, in a survey of 600 Indian villages, Prof. Chauchard (with Rachel Brulé and Alyssa Heinze) demonstrates that women elected through gender quotas do not have equal voice in political deliberation, compared to their male counterparts. Can modifying the institutional rules ameliorate such gender disparities in political voice? They implement an experiment that manipulates the discussion rules in deliberation and measures its impact on the political voice of elected representatives. They find that discussion rules—specifically, rules stipulating that the elected president speak first (or last)—can improve gender inequalities in political voice.

About the Speaker:
Simon Chauchard is a Distinguished Researcher (Investigador Distinguido) at the University Carlos III (Madrid) and the PI of the POLARCHATS ERC project. He previously held positions at Dartmouth College, Columbia University (SIPA), and Leiden University. Much of his current research focuses on the causes and consequences of social media misinformation in developing countries. As part of the POLARCHATS ERC project, his research explores the prevalence of misinformation online, strategies to reduce misinformation or correct it, and the uses that parties make of social media (mainly WhatsApp), in India and beyond. He also co-organizes the DIMIS (Digital Misinformation in the Global South) initiative. In parallel, he continues to produce research on voting behavior, political representation and politicians-citizens relations in India. His work relies on qualitative, quantitative, and experimental methodologies and covers a variety of themes relevant to contemporary Indian politics and beyond, to political processes in the world’s democracies. Current projects focus on preferences for redistribution, and on “proxy politics.” His works have appeared in Political Opinion Quarterly, the American Political Science Review, Comparative Political Studies, the Journal of Politics and Asian Survey, among other research outlets. His book, Why Representation Matters: The Meaning of Ethnic Quotas in Rural India (Cambridge University Press, 2017), combines qualitative work and a series of innovative surveys to explore the impact of caste-based reservation policies on everyday intergroup relations in India’s villages.