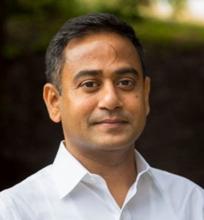 About the Seminar:
The struggles to build jhuggis (hutments) to obtain access to welfare rights and rudimentary infrastructure, to stop displacements, to gain eligibility for resettlement, and to secure "proof documents" constitute a distinctive mode of advancing material claims and political belonging in the city. At the core of these struggles lie efforts to gain visibility from the local state. Professor Routray describes this process of claims-making as the struggle for numerical citizenship, or in other words, the struggle to be "counted" and for a political community of the poor to assert its numerical strength. Struggles over numerical citizenship constitute the systematic, protracted, and incremental political process by which the poor become entrenched in the city. On one hand, the lives of the poor are constrained by the numerical calculations of the state. On the other, the poor participate in, negotiate, and resist the technologies of the state through myriad counter calculations of civic struggles. In this seminar, Professor Routray examines how these numerical citizenship struggles encompass a range of dialectics, including: the monitoring and surveillance of the poor versus locality building; the politics of enumeration versus the countertactics of enumeration; state procedures of legal classification and categorization versus popular processes of renaming and reclassification; and projects of urban planning and legal erasure versus the lived politics of auto-archiving, mnemonic strategies, performances, and speech acts employed by the poor during resistance demonstrations.

About the Speaker:
Sanjeev Routray is a Sessional Lecturer in the Department of Sociology at the University of British Columbia, Vancouver. He completed his Ph.D. in Sociology at the University of British Columbia, and subsequently worked as an Urban Studies Foundation postdoctoral fellow at the School for Public Policy and Urban Affairs, Northeastern University, Boston. His first book manuscript is titled The Right to be Counted: Displacement, Resettlement, and the Politics of the Poor in Delhi. He is currently writing his second book manuscript titled The Plumbers of Delhi: Transregional Migration, Caste Sociality, and Citizenship in an Occupational Community.