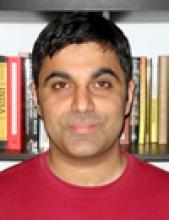 About the Speaker:
Sanjay Ruparelia is an Assistant Professor of Politics, and Faculty Advisor at the India China Institute at The New School for Social Research. His longstanding interests concern democracy, inequality, and development in the postcolonial South; the prospects of power-sharing in deeply diverse democracies; and the politics of the broader Indian left. His main publications include Divided We Govern: Coalition Politics in Modern India (Hurst and Oxford University Press, March 2015), and Understanding India’s New Political Economy: A Great Transformation? (London: Routledge, 2011, co-edited). His current research examines the growing role of the courts, law, and constitutionalism in struggles to secure greater socioeconomic rights and political accountability in India and China since the 1970s. He is currently an Inter-Asia Fellow of the Social Science Research Council.

About the Lecture:
Since 2004, India has introduced a series of landmark national acts that legislate a right to new civic entitlements, ranging from information, work, and education to forest conservation, food, and land. What explains the emergence of these laws? How are the rights conceived by these acts conceptualized, operationalized, and pursued? What are the promises and risks of delivering socioeconomic entitlements as direct cash transfers versus guaranteeing them as formal statutory rights? Have these acts stimulated fiscal, institutional, and policy reforms necessary to increase the economic opportunities, social capabilities, and political voice of its most disadvantaged citizens? Or have they diverted scarce resources, entrenched bureaucratic perversities, and undermined the will to redefine the relationship between state, market, and society?

Dr. Ruparelia argues that three slow-burning processes, which began in the 1980s, catalyzed India’s new welfare agenda: a new rights movement that embraced popular constitutional activism, the peculiarities of uneven capitalist development, and the failure of the broader Indian left to focus on basic public goods and standard redistributive concerns. Second, India's new welfare architecture suggests a post-neoliberal regime, which breaches the traditional division of civil, political, and socioeconomic rights, legislates these rights, and devises innovative governance mechanisms that enable citizens to see the state – traits relatively unusual in comparative historical perspective. Finally, the basis, level, and scope of different welfare acts varies, as does their implementation across states. Yet, a general trend of suboptimal resource utilization and administrative capacity building, and differing rates of program implementation within states, warrant greater investigation.