Expert Fixers: Bureaucratic Informality, Brokerage, and the Politics of Land in Mumbai

in partnership with the South Asia Center, Christopher H. Browne Center for International Politics, and the Dept. of Political Science 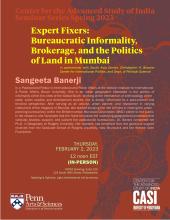 About the Seminar:
Based on ethnographic fieldwork within the Brihanmumbai Municipal Corporation (BMC), this seminar illustrates the "field of fixing," a brokerage structure that has emerged as a fundamental characteristic of Mumbai's bureaucracy, shaping the postcolonial state from within. Synthesizing the rich literature on the everyday state in South Asia with a spatial-analytical approach derived from urban geography and Bourdieusian field studies, Dr. Banerji explicates a hierarchy of expert fixers, operating within the "field of fixing," manipulating and maintaining the relationship of the real estate industry with the urban bureaucracy in Mumbai. She shows fixers, not as the struggling peasants or the subaltern figures, but as the agents who maintain a state outside itself, a shadow state of affairs that makes the shiny World Bank-sponsored exterior of the world-class city, but also ensure slippages that tarnish that city's sheen. Instead of seeing these fixers as nebulous beings, momentarily appearing to mediate between petitioners and the bureaucracy, Dr. Banerji traces a structure composed of these agents, which mediates between the fields of the bureaucratic state and various developers of land in Mumbai. 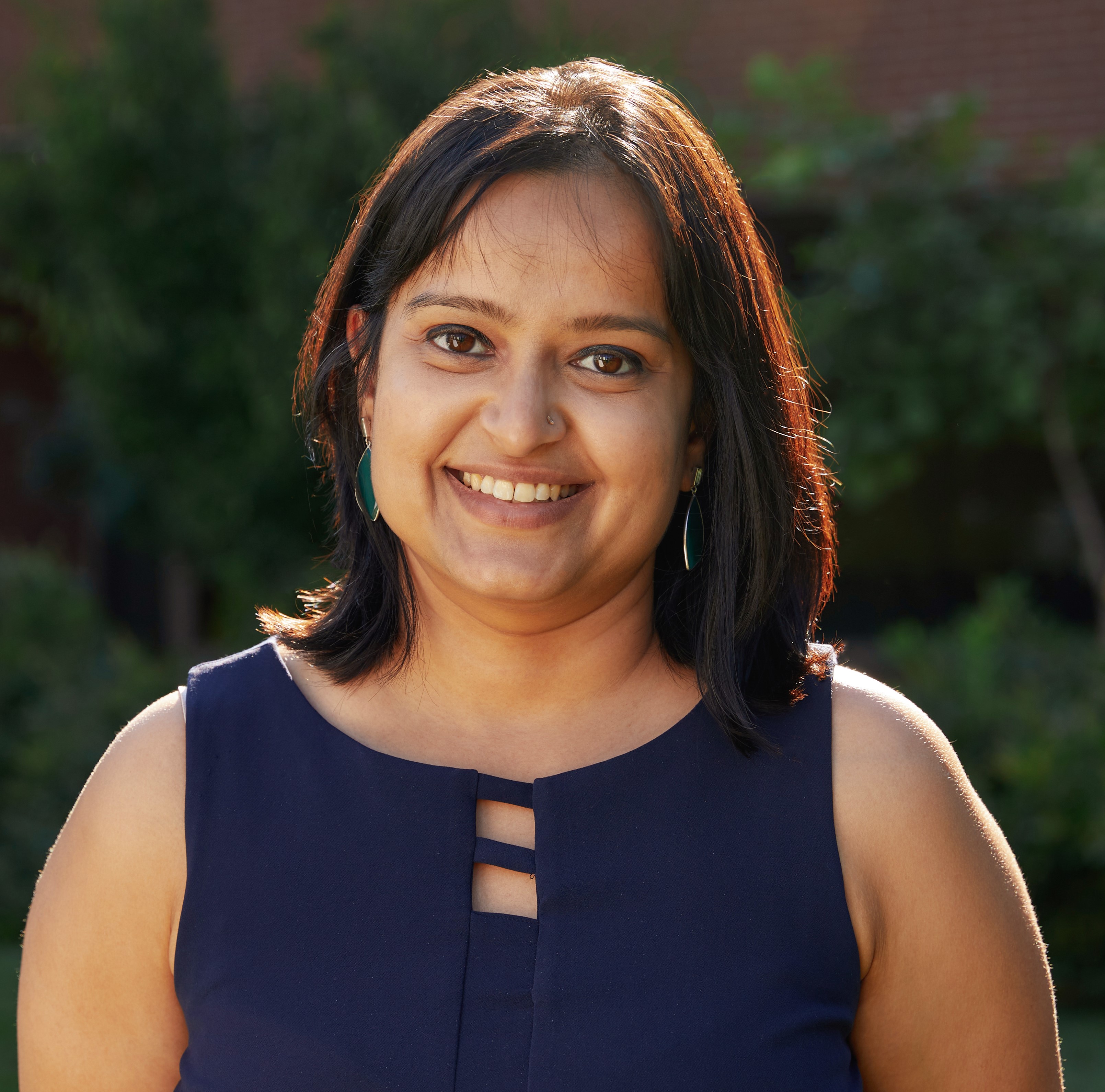 Sangeeta Banerji is a Postdoctoral Fellow in International and Public Affairs at the Watson Institute for International & Public Affairs, Brown University. She is an urban geographer interested in the politics of informality within the cities of the Global South. Working at the intersection of anthropology of the state, urban studies, and development studies, she is deeply influenced by a post-colonial and feminist perspective. After serving as an activist, urban planner, and researcher in varying institutions of the megacity of Mumbai, she started studying the role of fixers in making the urban planning bureaucracy within the Brihanmumbai Municipal Corporation (BMC) visible to the public. In her research, she illustrates that the fixers formulate the underlying geographical processes that variously shadow, support, and subvert the postcolonial bureaucracy. Dr. Banerji completed her Ph.D. in Geography at Rutgers University. Her research has benefited from the generous support received from the Graduate School of Rutgers University, New Brunswick and the Wenner Gren Foundation.