The Right to Privacy in the Supreme Court of India

Co-sponsored with Penn Law and the Center for Technology, Innovation & Competition (CTIC) 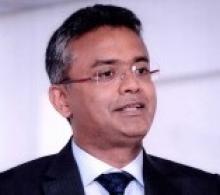 Senior Advocate Sajan Poovayya, who argued the right to privacy case before the Supreme Court of India, will speak about the decision and the ways in which it will shape the direction of privacy rights and Big Data regulation in India around the world. Professor Anita Allen will then offer comments about the Court’s reliance on insights from comparative privacy law for its reasoning.

In a recent historic decision, the Supreme Court of India ruled that the right to privacy was a fundamental right. This landmark case challenged the legality of the Indian government’s Biometric Databank Project, one of the first of its kind in the world. The Court’s decision has been hailed globally for its reliance on international norms, comparative jurisprudence, and academic research, including the scholarship of Penn Law Professor Anita Allen.

Sajan Poovayya is a Senior Advocate at the Supreme Court of India & High Court of Karnataka. He is the Founding Partner of Poovayya & Co., a national Indian law firm. In 2007, Mr. Poovayya was named one of Asia’s leading attorneys in the areas of media, telecommunication and technology.

Co-sponsored by CASI and the Center for Technology, Innovation & Competition (CTIC).