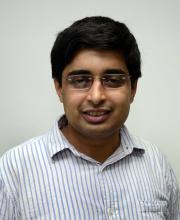 About the Speaker:
Prashant Jha is a journalist and author. He has written Battles of The New Republic: A Contemporary History of Nepal, a deeply personal, reportage-based account of war and peace in his country. He is currently the Associate Editor of Hindustan Times, writing on Indian politics and foreign policy. Mr. Jha was a political columnist for Nepal’s leading dailies for over five years, focusing, in particular, on the role of the far-left, rise of identity politics, and Nepal-India ties. He has been the Kathmandu correspondent for The Hindu, a contributing editor with Himal Southasian magazine, and an analyst with the International Crisis Group.

About the Lecture:
Nepal is a partly sovereign country – and this partial sovereignty stems from its deep, historic, complex, intimate, and multi-layered relationship with India. Delhi has had a role in shaping political outcomes in Kathmandu at key moments in the past six decades; most recently, it played a direct role in facilitating the peace agreement between mainstream political parties and Maoist rebels in 2005. Thus began Nepal’s transformation from a monarchy to a republic, war to peace, Hindu kingdom to secularism, and a unitary to a potentially federal system.

The Nepali peace process can be counted as a rare instance of Indian-driven peace-making in the region – the peace has held, with not a single shot fired since the end of the war a decade ago, but the political transition continues with an unfulfilled quest for a constitution. The Indian role however has triggered contradictory responses, both within New Delhi and across the Nepali political spectrum. Has it been a "big brother," excessively interventionist, seeking to "micro-manage" Nepali affairs? Or has it been an "elder brother," as External Affairs Minister Sushma Swaraj put it, stepping in to assist when Nepal’s own parties have sought help? Can India possibly be a facilitator and guarantor of the peace accord without a degree of micromanagement, or it is more appropriate to have a hands-off policy?

This lecture will document the precise nature of the Indian role at key moments of the peace process, the divergent impulses that drive policy in Delhi, the principal players, and what it has meant for Nepal. Through the case study, Mr. Jha seeks to understand the challenges inherent in India’s regional diplomacy as it expands its footprint in a neighborhood dominated by complex, fragmented, and democratic political systems.