Hollowing Out the State: Status and Redistributive Politics in Colonial India 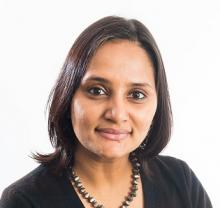 About the Speaker:
Pavithra Suryanarayan is an Assistant Professor of International Political Economy at SAIS, Johns Hopkins University. She studies the relationship between group-based inequality, bureaucratic capacity, and political behavior in multi-ethnic societies, in particular India. Her dissertation “Hollowing Out the State: Status Inequality, Fiscal Capacity, and Right-Wing Voting in India” was the winner of the 2018 Mancur Olson Award for the best dissertation in political economy given by the American Political Science Association. Dr. Suryanarayan's papers have been accepted for publication in the Journal of Politics, Comparative Political Studies, World Politics, American Journal of Political Science, Party Politics, and Asian Survey. You can learn more about her research and teaching at www.pavisuri.com.

About the Lecture:
Dr. Suryanarayan will present an excerpt from her book manuscript, Status and Redistributive Politics, which argues that challenges to the social-status of groups in ranked ethnic systems makes poor voters from high-status groups more susceptible to anti-redistribution appeals. Using data from contemporary and Colonial India, she shows that challenges to the social dominance of upper castes was followed by the weakening of tax institutions, the weakening of support for public goods, and a rise in right-wing voting amongst both wealthy and poor upper castes. She replicates these empirical tests using historical data in the United States. The book’s main contribution is in advancing a novel theory of how a social-status identity, rather than class or ethnic identity, enables anti-redistribution coalitions to emerge. The findings of this book help us understand why resilient cross-class coalitions arise in multi-ethnic contexts as varied as the United States, India, and South Africa. These findings also shed light on why public support for government-led redistribution is lower in some places than political economy models might predict.